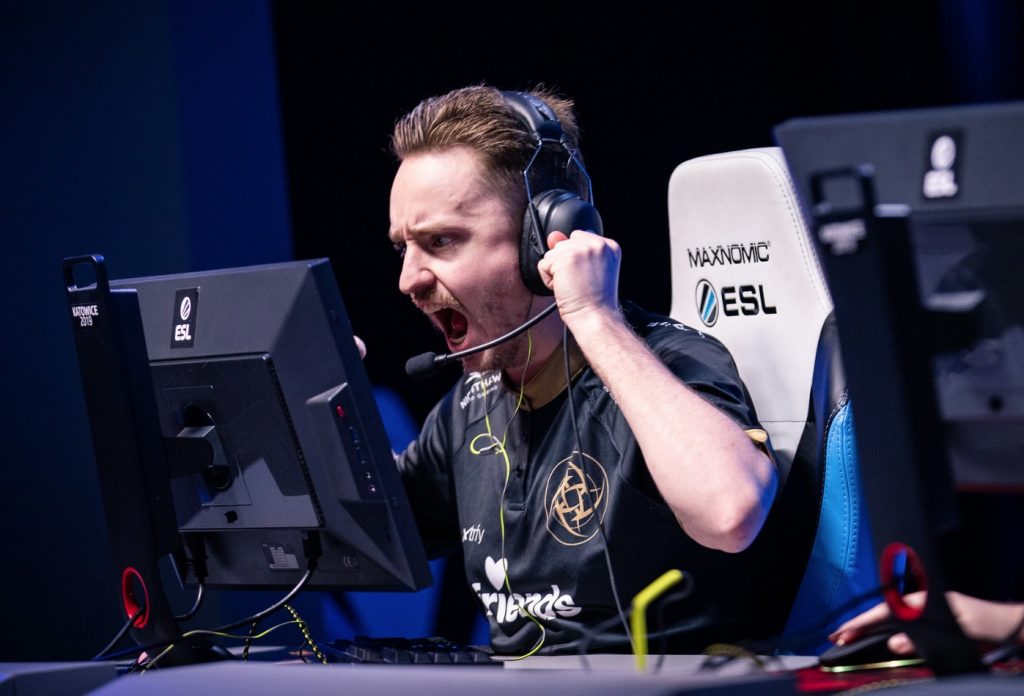 Day 5 of the IEM Katowice Major was one bound for vigor and zeal from the start, as returning challengers would each face a hungry domestic contender in the final round where each series saw one team into the next leg of the tournament and one team home.

Sparks flew early in the clash between Swedish fables, Ninjas in Pyjamas, and Chinese underdogs, ViCi Gaming. Ultimately, experience would trump new blood in this bout – however, the path through the finish line was not a smooth one for NiP.

The Ninjas boasted their dexterity and professionalism in the opening map on Train – regarded as one of their best maps – trouncing VG decisively, 16-7. Patrik ‘f0rest’ Lindberg would continue to be instrumental in this series as he has throughout the Major thus far; on the following map on Inferno, we saw f0rest walk away with 27 kills despite NiP losing narrowly to VG 13-16.

The final map would take both sides to Mirage for what would be a tense decider match. The Ninjas started off hot on the T-side, giving them a cushy 7 round lead at the start of half-time. It seemed only a matter of time before NiP was able to close the map out which they did, 16-10. Again, we saw f0rest contributing a 1.23 rating although all eyes were on Jonas ‘Lekr0’ Olofsson as he closed out with a 1.58 rating.

The second series of the day pitted French squad, G2, against Chinese maestros, TYLOO. Barring the context of their results in the matches leading up to the Round 5 decider, this series felt lined in blood before it even started.

The opening match took the two units to Mirage where G2 would pull an early lead on CT-side, going up 10-5 at the start of the half; TYLOO’s synergy dripped from the screen, as we watched them turn the tides and take the opening map 16-12.

Though G2 may have been overlooked among the other contenders at the start of the Challengers Stage, you have to put some respect on their name. The squadron is comprised of seasoned veterans of the game, a perception they brought to life the last few days in the tournament. While there were certainly standouts to mention in the subsequent two maps such as “Kenny ‘kennyS’ Schrub”, G2’s domination was a contributory effort between all of the players. Both Dust ll and Cache would go in the way of G2 convincingly and see them through to the Legends Stage in the process.

The French unit has come fearfully to life in their last several outings here in Katowice; the chemistry the players have shown alongside one another has been explosive, to say the least. Don’t count this group out in the Legends Stage.

The former ELEAGUE Boston Major champions, Cloud9, took the stage against Team Winstrike in the last match of the day. From the get-go, the North American competitor had a lot of pressure to perform well in Katowice after falling completely apart since their groundbreaking Major win just last year – an expectation they would deliver on.

The first map on Nuke was the C9 show – shutting down Winstrike with a fortified CT-side and executing with flair as they transitioned onto the T-side – taking the five rounds needed to win, 16-7.

Overpass was a bit of a different story – Winstrike had kept things extremely close in the first half, leading on the CT-side 8-7. Cloud9 would pick things up, stringing seven round wins and what had looked to be the beginning of the end for CIS contenders. Winstrike wouldn’t go down without a fight though, sneaking in the concluding three rounds to force the overtime scenario against C9.

Despite the pressure, Cloud9 wouldn’t let this storyline develop any further – keeping cool and closing out the series 19-16 and with that, Winstrike’s Legends Stage prospect. The win would set Cloud9 to compete in the following stage in Katowice and one step closer to reinvigorating the organization’s name.

Players and spectators will have a much-needed break from the action before the Legends Stage opens up with its voyage match on February 20. What remains are the 16 best teams in the world set to fight for the most prestigious title Counter-Strike has to offer. With the dynamite fashion in which the Challengers Stage unraveled, attempting to picture how thrilling the next leg of the Major will be is worthy of goosebumps.