IceFrog Shuts Down The Zoo In Dota Patch 7.27 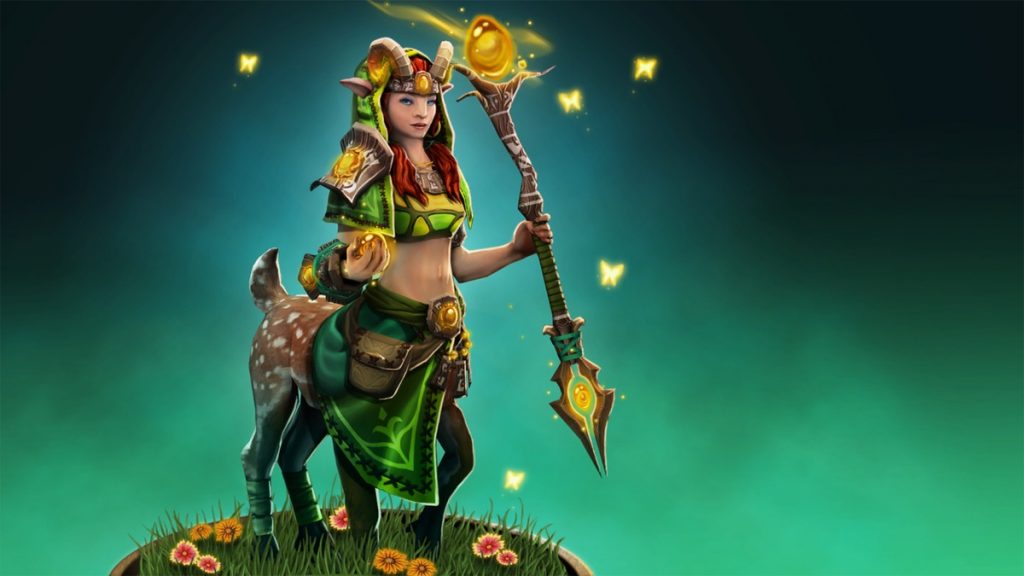 The Dota 2 zoo is officially closed, folks. Game balance master and lead developer IceFrog has seen it fit to stamp out the summons-heavy metagame in Patch 7.27 — which dropped Sunday evening right after Team Secret won their sixth straight grand final at BEYOND Epic.

Right off the bat, the most notable set of changes has to do with Necronomicon and Helm of the Dominator — two items that were at the forefront of the Dota metagame in 7.26. These items were heavily favored in the last patch, thanks in particular to the summoned units from the former and the aura from the latter which made player-controlled non-hero units hit much harder than they would otherwise.

Necronomicon was also used as a farm accelerator thanks to the units dealing obscene amounts of damage per second to neutral creeps (particularly ancient creeps). With its usual pickup timing being around the six to eight minute mark, Necronomicon-carrying offlaners and even some hard carries like Spectre and Lycan could farm extremely fast early on without much risk involved. 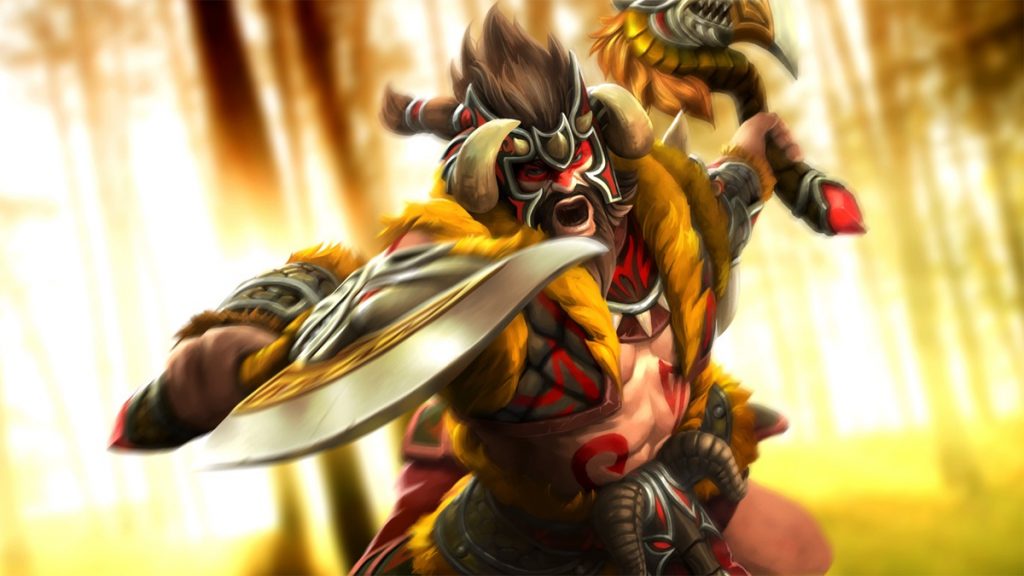 7.27 massively neuters the item’s effectiveness in this regard, as the summons now deal Hero type damage rather than Piercing type damage — which the balance team claims will be a net reduction of 57 percent when attacking creeps. In return, the summons now deal 26 percent more damage to heroes, which should encourage its use in small skirmishes and actual teamights rather than purely to mow down jungle camps.

Helm of the Dominator on the other hand no longer provides a damage and health regeneration aura, which formerly had twice the effect on hero-controlled units like dominated neutral creeps and summons like the ones from Necronomicon. Heroes like Beastmaster, Lycan, and Luna are the direct targets of this nerf, as they are either heavily reliant on minions — or in Luna’s case, reliant on the damage bonus to hit a ridiculously early physical damage power spike.

Another important Dota change comes in the form of a nerf to Spirit Vessel, one of the most important items in the last patch alongside Necronomicon and Helm of the Dominator. Its heal reduction aura has been removed completely, which means that it is now useless without charges when considering its offensive purposes.

Heroes like Necrophos, Morphling, and Alchemist are practically salivating at this nerf, as they are very dependent on things like passive regeneration, burst healing, and lifesteal. Considering that these heroes also typically purchase items that purge Spirit Vessel’s active ability, countering them with one item will no longer be viable.. 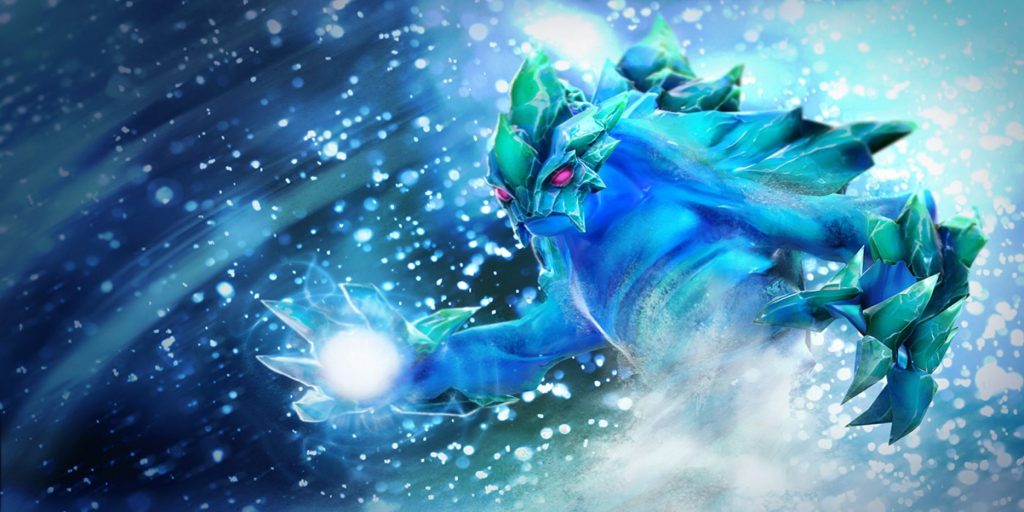 The Soul Release active ability has been buffed to make up for the loss, though. The regeneration rate on friendly units has been bumped up from 30 health per second to 40, while the damage per second on hostile units has been increased from 25 per second to 35. In addition, the regen reduction is now -45 percent, up from -35 percent in the last patch. The buffs should encourage more frequent use of the active ability, which necessitates fighting early and often in order to gather charges.

Interestingly, the aura has actually been moved to a different item: Shiva’s Guard. Shiva’s Guard was in fact an oft-neglected item in 7.26, as its benefits just weren’t that great considering its high cost and mediocre buildup. This has been rectified somewhat with the addition of Spirit Vessel’s aura, plus a 100 gold reduction to the cost of its recipe.

When combined with the spell immunity-piercing attack speed reduction aura it already had before, Shiva’s Guard should now be a more potent anti-carry pickup especially against lifesteal carries.

Some general gameplay changes are also present in the changelog for 7.27. The most obvious one is that Outposts can no longer be captured until the team whose side they are on loses at least one tier 2 tower. This will likely affect the pace of the game in a significant way, as there is now a guarantee that your team will be able to use Town Portal Scrolls on your Outpost as long as you still have all your tier 2 towers standing.

Likewise, protecting the jungle becomes much easier to do with this change — which greatly benefits farming carries in particular. Heroes like Naga Siren, Spectre, and Terrorblade will enjoy the added safety in the jungle while they farm up their very expensive core items.

IceFrog has also decided to do away with creep cutting shenanigans, at least in the first five minutes of the game. Lane creeps will no longer shift their aggro to heroes until they are near neutral and/or enemy creeps, or within 1550 range of their team’s tier 1 tower. 1550 range roughly around the area where the safe lane small neutral creep camp is pulled to, which means that tanky offlaners like Axe and Bristleback can only cut the wave up to that point until five minutes have passed. This also means that cutting the wave really deep into the lane (say, between the tier 2 and tier 3 towers) is completely impossible.

Overall this change hurts offlaners that cannot really deal with harassment in the lane, as they are no longer allowed to simply avoid playing the lane in the first place by cutting the creep wave. This is also true for mid lane heroes like Ember Spirit, who can no longer outright dodge unfavorable matchups by dragging creep waves to their tower by positioning themselves accordingly.

Conversely, lane-dominating heroes will definitely love this change, since offlaners will now have to play them straight up. Of course, offlaners still have the option of pulling the large neutral creep camp close to their tier 1 tower in order to make matchups easier, so we don’t expect offlane heroes to be unplayable.

In addition, the sheer value and effectiveness of early game items have been decreased almost universally. Sage’s Mask in particular has had its mana regeneration bonus reduced from one to 0.6 per second — which is a welcome nerf given just how incredibly good it was for heroes that really liked spamming spells in the laning phase. It is now 50 gold cheaper, though, which makes room for another Iron Branch.

All of these combined should make for a slower paced metagame which favors hypercarries and other farm-dependent picks. Whether or not this will come to pass has yet to be seen of course, but all signs so far are pointing to a renaissance for the hypercarry.

A whole truckload of other changes to the game, such as a reworks to the drafting order in All Pick and Captains Mode, adjustments to the map itself, and more can also be found in the changelog. There’s simply too many for us to cover in this article, so for the full details you should check out the patch notes on the official Dota 2 website.

Also, there will be a follow-up patch some time after this one (presumably 7.27b), with a focus on specific Dota hero changes. Stay tuned to Hotspawn as always for our coverage of that update as well!