Who Are The Best CS:GO Teams? 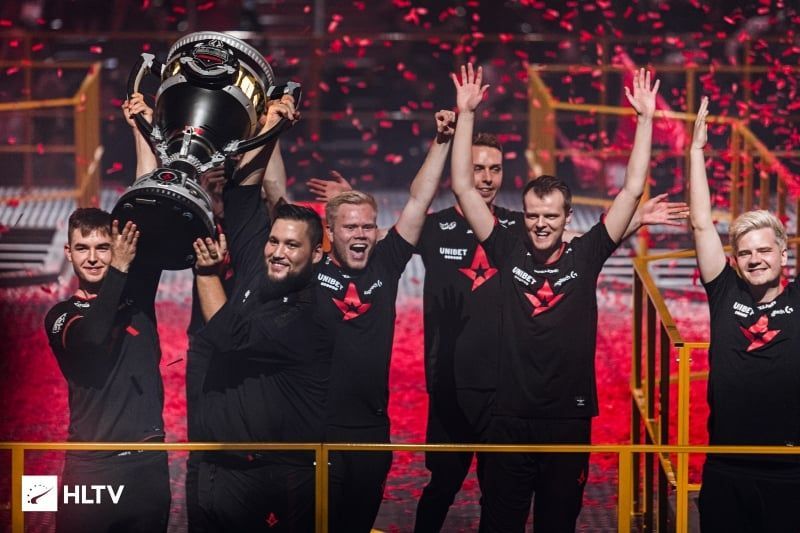 The Counter-Strike: Global Offensive scene is one of most unpredictable scenes in all of esports. CS:GO teams are free to attend as many events as they want, players and even full rosters can be picked up or dropped at any moment, and teams can hit large strides or deep pitfalls out of nowhere.

This inconsistency has led to the creation of the Intel Grand Slam, a massive $1,000,000 prize for any team who can win four of ten top tier events organized by ESL or DreamHack. The best part is that any team has a chance at it. Teams can qualify for the big ticket CS:GO events by winning their own local tournaments, going through the Minors, and making an appearance on the big stage with the Counter-Strike legends.

2019 was a turbulent year for CS:GO. Plenty of teams have had their time in the spotlight. Both new and old faces alike have been able to rise to the occasion and win large events. As such, the rankings have had the most top 5 variety in years.

With so many titles going to different teams, it can be hard to track who really are the favorites at any point. Despite this, there have definitely been some stand-out teams who look like the top dogs in the scene.

Astralis came into 2019 as the best team in the world. They won the IEM Katowice Major, the first big tournament of the year. However, the Danish squad went through a massive drought after that. From March to August, they didn’t win a single top tier event. Taking their place at the rank one spot was North America’s Team Liquid.

In one of the most dominant streaks in recent history, Liquid won every single S-Tier event they attended. The North Americans held the top spot in the scene all through summer. They even took home the Intel Grand Slam after winning ESL One Cologne in July. At the StarLadder Berlin Major, Liquid were a favorite to win it all. When they bowed out in quarterfinals to Astralis, it sent ripples throughout CS:GO. Astralis went on to win their record-breaking fourth major, sweeping the year out of nowhere.

After that, North America’s hope fell further, not winning a single big event for the rest of the year. Instead, the NRG Esports turned Evil Geniuses squad rose up to take their place. Alongside them, Fnatic underwent a major resurgence after some roster swaps.

During the Autumn months, the new in-game leaders of Peter “stanislaw” Jarguz for EG and Maikil “Golden” Selim for Fnatic led their teams up the rankings. EG took wins at IEM New York and StarSeries and i-League, while Fnatic won DreamHack Malmo.

As Winter came again, so did Astralis. Not satisfied with only winning the Majors this year, the Danes stormed back to the top with wins at IEM Beijing, ECS Season 8, and the BLAST Global Finals. The notion that Astralis were gone from the top of the game was dispelled as quickly as it rose. Astralis held the number one spot at the end of the year once again.

A discussion about 2019 wouldn’t be complete without mention of mousesports. The organization has been in the scene for years now, trying out roster after roster. Mousesports have always had potential, but were never able to fully realize it. That was until late in the year when everything finally clicked into place.

Beginning at the CS:GO Asia Championships, mousesports attended four big events. They made Grand Finals in all of them and won three. This run included a win at the ESL Pro League Season 10 Finals in which mousesports had to beat Evil Geniuses, Astralis, and Fnatic in playoffs. After taking down the three best teams in the game, mousesports shot to the top of the rankings. They currently sit at second and have the best chance at usurping Astralis’s throne next.

The Best Team of All Time?

When discussing which CS:GO team deserves the title of “Greatest of All Time”, it is important to note that players and even organizations change very frequently. Some have been in the scene forever, but have fielded many different rosters. As such, the term “core” refers to a group of players who are together for a prolonged period of time, regardless of the team they represent.

The most common answer to the question of best team of all time is, yet again, Astralis. The Danish core has remained the same since 2016 aside from one change. After one Major win at ELEAGUE Atlanta, Astralis replaced Markus “Kjaerbye“ Kjærbye with Emil “Magisk” Reif in early 2018. Since then, Astralis have been the picture of Counter-Strike greatness.

Name any CS:GO tournament organizer, chances are Astralis have won one, of not many, of their events before. ESL, IEM, DreamHack, ECS, BLAST, you name it. Not only do Astralis hold the record for most Major wins, they have also made the most prize money of any team at over $8,000,000. They hold the record for both the longest streak and the most total days at rank one. 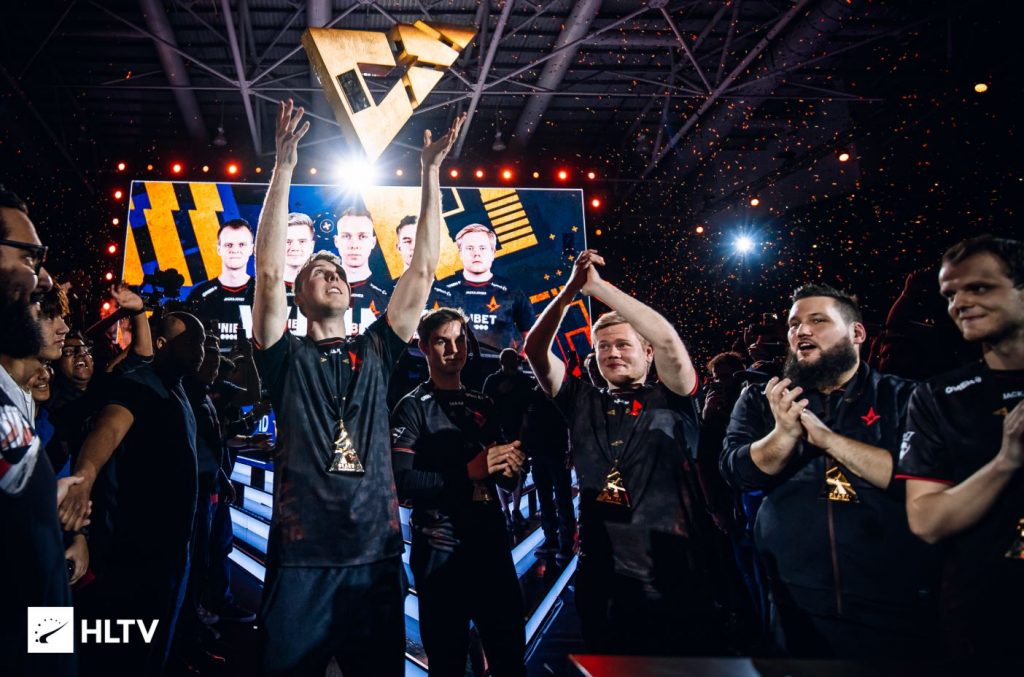 Astralis have achieved countless tournament wins by playing their own brand of CS:GO. They play with a style unreplicable by any other team we’ve seen. Astralis dominate their opponents in ways that make them feel helpless. The Danes have pushed usage of utility grenades to the very limit. Teams who face Astralis often find themselves at a health disadvantage every round without an enemy even being seen.

Sometimes, the very best teams can find ways to beat Astralis. This doesn’t stay true for long. Coach Danny “zonic” Sørensen is widely regarded as the best coach to ever touch Counter-Strike and maybe even all of esports. The way Astralis always bounce back from hard losses and tragic defeats is indicative of a team who deserves the title of “Greatest of All-Time.”

While there are other honorable mentions such as 2013-2015 Fnatic, 2016 Luminosity/SK Gaming, and early 2019 Team Liquid, no team has shown the pure talent, strategy, and will to win as much as Astralis.

Who Will Dominate CS:GO in the Future?

The Counter-Strike: Global Offensive scene is a year-round spectacle. After a short winter break, the teams will be back to practice. Some have even begun playing in tournaments already. Heading into a new decade, some things look to be staying the same, while even more look to be changing.

Despite a turbulent year, Astralis go into 2020 the same way that they did in 2019. The Danes are without a doubt the best team in the World at the moment and they’ll be looking to prove it at IEM Katowice in February. Team Liquid are also still hanging with the top teams. After a rough end to the year, the North Americans will be trying to reestablish their footing early in the year. 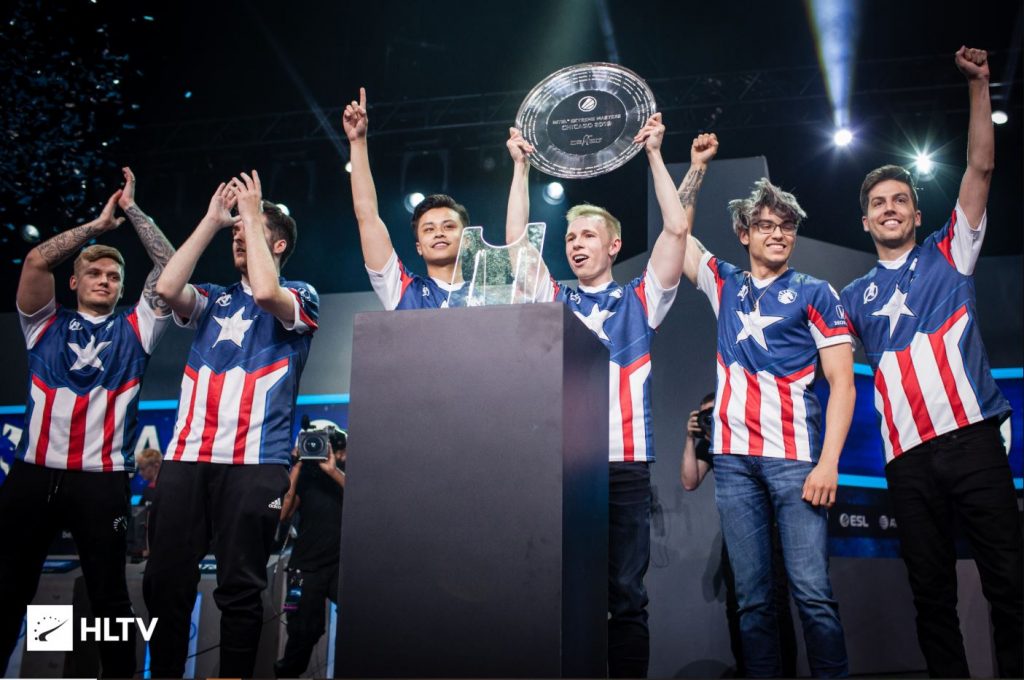 Mousesports are a different story. They’re one of the hottest teams in the game right now and are no doubt gunning for the top. The sheer talent on their roster is undeniable, as Robin “ropz” Kool and Özgür “woxic” Eker made late runs into the Top 20 CS:GO Players of the Year award. If mousesports keep up this level of competition, they will be the biggest threat to Astralis.

The back half of last year saw many teams make roster changes. Fnatic are one of the success stories, as the team hit an all-time low prior to their pickups. Alongside them, Team Vitality have taken over as the French super team. They field the best player in the world, Mathieu “ZywOo” Herbau, and have momentum after winning the last tournament in 2019.

Honorable mentions go out to Evil Geniuses and Natus Vincere. Both teams are filled to the brim with potential. They just need to find out how to bring it out on a consistent basis.

No matter what the future brings for Counter-Strike: Global Offensive, the game has one of the longest and most interesting histories in esports. On top of that, the ecosystem allows for unexpected developments and Cinderella stories at every turn. The game has some of the most skilled players and most engaging personalities out there. If you’re not following CS:GO, its never too late to start.

Counter-Strike: Global Offensive
Share
Zakaria is a former professional TF2 player turned caster and analyst. He has had a passion for gaming and esports for years and hopes to use his skills and experience to convey why gaming is so great. His specialty games are League of Legends, CS:GO, Overwatch, Super Smash Bros, and PUBG.
Follow me