The Case for Kindred as a Mid Laner 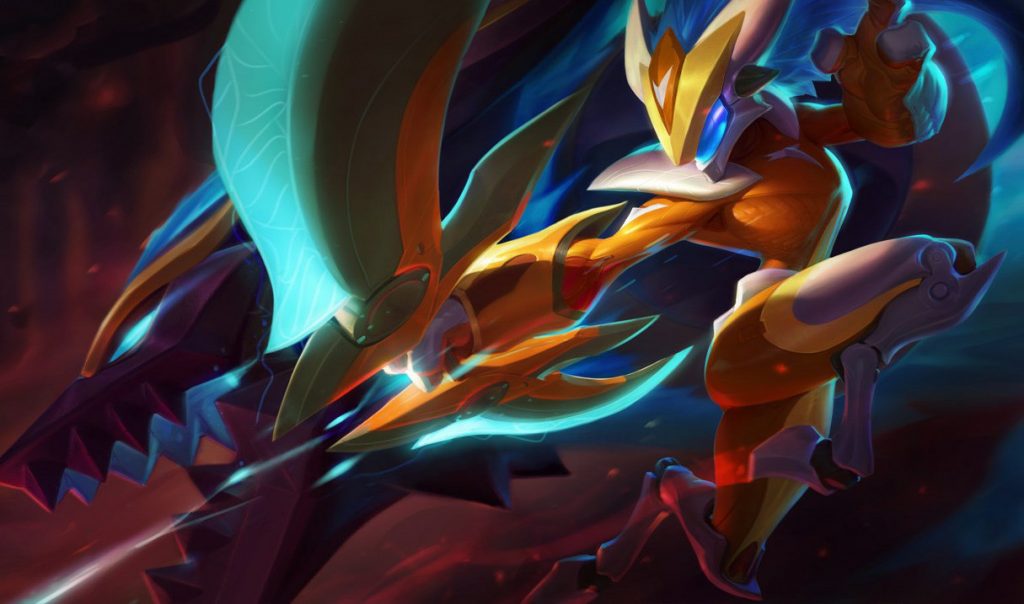 Since the addition of turret plating to Summoner’s Rift back in Season 9, dominating lane bullies have comfortably found their place in nearly every solo lane meta. It didn’t take long for players to figure out that running marksmen in the mid and top lanes was the perfect strategy to abuse a lengthened laning phase.

Champions like Tristana, Ezreal, Lucian, Vayne, and now even Kalista have found a new home outside of the bot lane. They excel at chipping down at immobile and cooldown reliant mages and tanks at the early levels because most of their power is packed into their auto attacks. In the mid lane especially, pressuring your opponent out of lane early on to threaten a roam has become an essential part of how the game should be played.

These champions’ ability to abuse early laning keystones like Press the Attack and Hail of Blades combined with their build-in mobility allows them to win almost all one vs. ones in lane even before their first back. Amidst all of the mid lane marksman theory crafting, however, one champion has been surprisingly overlooked: Kindred.

With an average playrate of 1.43% across all ranks, according to Champion.gg, it’s no surprise that people haven’t been jumping at the chance to test the deadly duo out in the mid lane. Despite being an unorthodox pick, they’ve got everything you’d want in a marksman mid laner and more.

A big reason that marksman picks have taken off in solo lanes is the flex potential that they bring to the draft phase. While there’s always the chance that a Tristana or Lucian is going in the bot lane, people have learned to expect such a swap over time and prepare for it. Kindred fits this criteria well as a traditional jungler, while providing players with a crucial element of surprise. Moreover, she also just got a buff in patch 10.6. 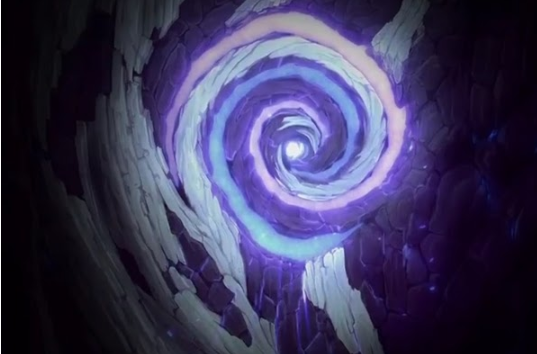 Kindred’s passive, Mark of the Kindred, is one of the main reasons why they’ve been played almost exclusively in the jungle (save some bot lane experimentation by pros back in 2015). Collecting marks is your most important task as Kindred, since the range and percent health damage buffs are crucial to their scaling. Weirdly enough, it’s likely that the average Kindred player would have more access to marks from the mid lane then the jungle.

Kindred has two ways to gain marks, by killing randomly selected jungle camps or manually selecting an enemy champion. In the mid lane, you’ll always want to mark the enemy laner; this is also the champion that you’ll have the most consistent kill pressure over for the first 10 or 15 minutes of the game.

This is an example of a standard rune page for Kindred mid: some variation of Precision and Domination with Press the Attack as your keystone and Sudden Impact as one of your Domination runes. 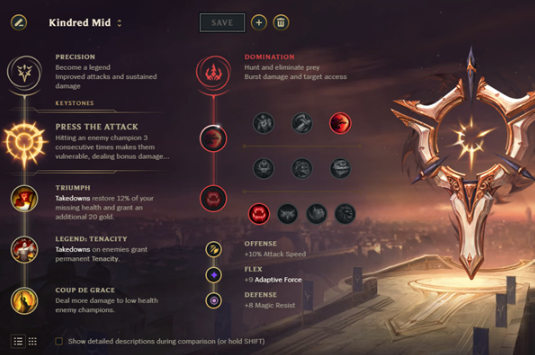 By trading early autos with a Dance of Arrows (Q) or two mixed in whenever possible, you can force the enemy mid to back with ease. This lets you get enough priority to move first to whichever scuttle crab your first mark spawns on, but be sure to call your jungle to help if you’re afraid of enemy counter-roams. After your first purchase, just rinse and repeat, swapping passive targets between the mid laner and jungler while roaming for marks on neutral objectives whenever possible.

After laning phase, your usefulness doesn’t stop either. The power of Kindreds ultimate, Lamb’s Respite, helps the team in dictating the pace of clutch teamfights and even securing objectives. It’s also an incredibly convenient stalling tool for ganks and situations in which you’re caught out.

At this point you may be thinking “if Kindred makes such a good mid laner, then why aren’t people playing them?” While the pick has plenty of helpful upsides, it has its fair share of cons as well.

First off, Kindred has a very short auto-attack range for a marksman. To utilize her properly in a short lane like mid, you’ll need to be comfortable getting in the face of your opponents. It makes matchups against mages with disengage or point-and-click crowd control abilities like Syndra and Ryze a bit difficult as well.

Secondly, picking an AD mid normally forces either your jungler or top laner to go AP in order to balance out the damage typing of your team comp. Trying to force the pick into any old comp might come to bite you once the enemy builds straight armor.

The last con is a bit situational, but let’s be honest: if you say that you’re going to lock in Kindred mid in a solo queue match, your teammates will probably think you’re trolling. To ensure a seamless in-game experience devoid of unnecessary flaming or griefing, you might have to put in a bit of extra work in pre-game chat.