Psi Assault: Why Templar Assassin is Strong in 7.25a 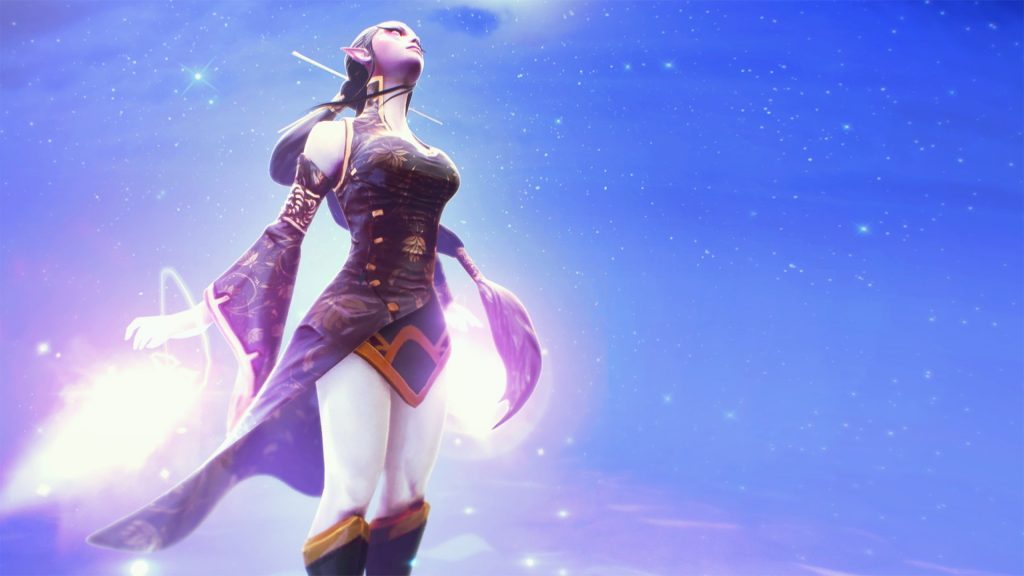 Lanaya wields wicked power, but can be tricky for beginners to play. (Photo courtesy Valve)

As of the time of writing, Templar Assassin has a pick rate of 11.26 percent and a win rate of 51.9 percent in the Divine and Immortal brackets this month according to Dotabuff. This does indeed indicate that the hero is a good pick right now, and one would be correct in assuming so—but why is it that she’s so popular anyway?

More importantly, why is it that her win rates in the Archon bracket and below show otherwise? In this article we’ll be taking a look at just what makes Templar Assassin strong in Patch 7.25a, what to do, and what to avoid doing in case you want to try playing her in the lower ranks.

Templar Assassin has always been a lane dominator, with only a few bad matchups in the solo mid spot to speak of. Both Refraction (Q) and Psi Blades (R) allow her to apply a lot of pressure in the lane, while also helping her to secure much needed last hits. Against opponents that don’t have multi-hitting abilities like Lina and Shadow Fiend, Refraction also serves as a very important defensive tool.

Combined with stat items like Wraith Band and a generous helping of Clarities from home, Templar Assassin can keep up the pressure and farm at will. Smart positioning also leads to huge amounts of free damage on her lane opponent, who will have to constantly ferry Healing Salves if they want to stick around and endure the harassment. Should they choose to retreat to the jungle, Templar Assassin can turn up the heat by threatening their tier 1 tower.

Conversely, her ability to efficiently shove the wave back the other way also helps her protect her own tower and keep it alive for as long as possible. This is especially valuable to Templar Assassin, since the tier 1 tower guards the outer edges of the jungle and gives her teammates a place to teleport to in case she ever gets ganked.

All in all, her two main abilities make playing her a lot less dependent on sheer mechanical skill, but more so on good positioning and game sense in order to make the most out of the lane. This is perhaps the biggest reason that she’s been finding so much success in the higher ranks of matchmaking as of late, as players up there have the game sense necessary to control the middle lane.

A solid Plan B

Of course, both these abilities lend well to her going to the jungle as well in case of a bad matchup. Heroes like Viper and Huskar can easily chip away at her Refraction charges and run her down with their damage over time attacks, and so having the jungle as a backup plan means that she can avoid getting crushed in the lane and getting neutralized from the game outright.

With at least two jungle camps close by, she can stack them herself and mow them down with Refraction and Psi Blades. This allows her to keep up in farm in spite of getting counterpicked, and is also a great way of collecting neutral items fast as soon as they become available. Of course, this means good things for her teammates as well—especially supports that would appreciate having extra items to help early on.

In a meta where power spikes are key and fighting early is necessary, Templar Assassin thrives. With a power spike that comes around level 11, she can get aggressive way earlier than most carries could even dream of—and with the right set of teammates around her she can quickly snowball out of control and prevent traditional carries from ever getting to their timing windows.

Of course, an aggressive playstyle is required to match her design as a hero that strikes hard and fast. Players that prefer to sit back and let their teammates make moves will not find success with Templar Assassin, who needs a pilot that isn’t afraid to jump in and remove squishy heroes instantly.

Otherwise, Templar Assassin will quickly find herself falling off and becoming irrelevant before she herself can get going. Players must be swift and decisive when ganking with her in the mid game, or the pick will be all for naught.

Secrets of the Hidden Temple

But even in the face of all of her strengths and advantages, her win rate in the lower ranks is still quite a bit below par. 47 percent in the Archon bracket and 46 percent below that indicate that she is either too complex or demanding in places where the players’ skill level as a whole isn’t enough to take advantage of her power.

While this is true to an extent, we don’t think that Templar Assassin is that difficult to play. Her item progression is pretty straightforward, and as mentioned above jungling is an effective backup plan for her in case she is unable to stay in the lane. And while her short attack range can be an issue, good decision making and intelligent positioning easily cover that particular weakness.

But without further ado, here are some specific tips and tricks to improve your Templar Assassin play:

While it is tempting to invest your first skill point into Refraction for the immediate damage boost in the lane, it is difficult to use it without the bonus attack range from Psi Blades—especially against ranged opponents. You will quickly find yourself out of damage block instances if you invest into it at level 1, and even with the damage bonus you will still have to walk dangerously close to the creep wave to score last hits.

Taking Psi Blades first instead is a much wiser choice, as it gives you just enough bonus attack range to contest creeps without putting yourself in an unreasonably dangerous position. And of course, you get to harass your opponent from the get-go with the pure damage from Psi Blades, boxing them out in the process.

Refraction costs a measly 100 per use, which is actually very efficient despite Templar Assassin’s average-at-best mana pool and intelligence gain. For just that much mana, you can protect yourself from damage and make it easier to score last hits in the lane. It is also very useful in the jungle for the same reasons.

Basically, this skill should never be off cooldown as much as possible. Purchase Clarities from the base shop and ferry them out with your courier (preferably along with early game items like Wraith Bands and Blight Stone), then use the mana regeneration to fuel Refraction—and thus, your farm.

Get Desolator First to Speed Up Your Farm

While Blink Dagger is one of the most important items to get on Templar Assassin, getting it as your first big item isn’t always necessary. Yes, there will be times when your team will need your help early, and this is when you would rather have Blink Dagger first—but getting Desolator ahead of that is a better idea in most cases.

This is because Templar Assassin lacks damage outside of Refraction in the early game, and Desolator patches this up quite nicely. It also synergizes supremely with Psi Blades, greatly increasing your farming speed and thus allowing you to hit your Blink Dagger timing shortly after. From there, you can impose your will on the enemy team, ganking with impunity then going back to farming right after.

And speaking of farming…

Don’t Neglect Your Farm in the Mid Game

It’s very easy to fall into the trap of doing nothing but brawling and ganking once you hit Templar Assassin’s power spike. After all you likely do more physical burst damage than anyone else in the game at that point, and of course you’ll want to snowball even harder.

But it’s important to sometimes stand back and farm creep waves and neutral camps in between gank attempts in order to keep your farm up. Make sure to take the time to do so, or you might risk falling behind unexpectedly. In particular, you’ll want to do this in order to work on getting a Black King Bar—or if you’re really ahead, an Orchid Malevolence or Scythe of Vyse.

Templar Assassin is very, very easy to lock down and kill, especially in the face of multiple enemy heroes bearing down on her. Refraction can only save you from so many hits, and with the entire opposing team right on top of you, you may never get a chance to fight back.

This is exactly why Black King Bar is so important to Templar Assassin. She may be a ranged hero, but her range is very short compared to others like Drow Ranger and Lina. Not to mention that she also needs to blink close to a target in order to hit them with a Meld strike. Thus, it’s easy to see just how quickly she can get stunned or disabled and brought down from 100 to zero.

Buy BKB or Linken’s Sphere, whichever is most applicable to your opponents’ draft. In most cases though the former just covers a lot more possibilities, so generally you’ll want a BKB instead of a Linken’s Sphere.

Never underestimate Templar Assassin’s ultimate ability – Psionic Trap. Not only do they greatly slow targets down that she might catch up to them, but they also provide vision for absolutely free—without needing to go back to base or having a courier deliver them from there. Place them in high-traffic areas, like the rune spawns in the river, the bounty rune spots on both sides of the map, and of course the Roshan pit.

They don’t provide nearly as much vision as wards do, but given the ability’s absurd cast range and its very low mana cost, it is always worth putting them down. And who knows—you might encounter a lucky coincidence where one of your traps is just in the right spot to help your team score kills in spite of your absence from the fight.

Templar Assassin is one of the best heroes at taking Roshan, but only when the majority of the team is involved in the process. Between Desolator and Meld, she can remove a ton of armor from Roshan in one stroke, greatly increasing the team’s damage against him as a whole.

When the opportunity presents itself (such as after a successful teamfight or taking a nearby tower down), consider going into the Roshan pit with your team. Executed correctly, you may come out with the Aegis of the Immortal a bit earlier than normal, which you can then use to take a teamfight with a huge advantage.

Playing Templar Assassin is tricky, but there are ways to make it easier. Follow our tips in this guide and you’ll be well on your way to making the most out of the hero. We’re sure you’ll enjoy shredding heroes to bits with her deadly strikes in no time!