The Longest League of Legends Games in History 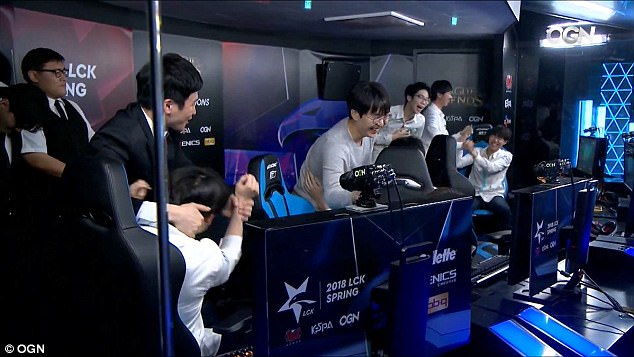 While one hour+ games are rare in League of Legends there have been quite a few in the history of pro LoL. (Photo courtesy OGN)

League of Legends is an esport that can have extreme variance in game time. There are no formal scoring systems and no round timers. All that matters is destroying the enemy Nexus in any way possible. Some games are famous for being complete stomps that end before most solo queue games get forfeited at 20 minutes. Others last so long that they throw off the entire days schedule. Over the years, Riot has added numerous ways to ensure that games end in a reasonable time. Somehow, professional LoL teams still find ways to stall and wave clear like their lives depend on it.

With that said, here are the top five longest games in professional League of Legends history. 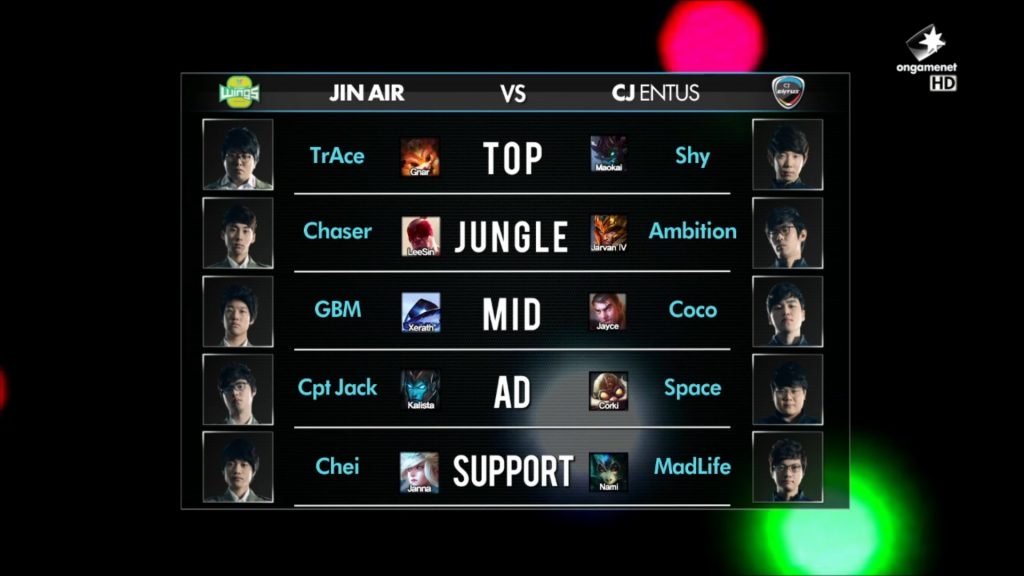 In a battle among two of the most famous Korean League of Legends organizations of all time, Jin Air and CJ Entus both had playoff aspirations. The LCK has been known for its slower and more methodical play-style, but Jin Air were the poster boys for long games. In this sub-80-minute marathon which featured players such as MadLife, Cpt Jack, and Ambition, neither team was willing to take a risk.

Both team comps looked very similar. Each team had tanky engage tools in the top lane, strong ganking junglers, poke mid laners, hyper carry ADCs, and enchanter supports. The game was slow from the start. First blood didn’t come until 21 minutes in around the Dragon pit. Speaking of Dragons, this was back before Elemental Drakes existed. Since they could keep being stacked, a total of ten Dragons were taken. Alongside them were five barons.

As the game dragged on, players started to reach full build. Jin Air built Warmog’s Armor on Gnar, Lee Sin, and even Janna. Despite Coco and Space breaking the 700 CS mark, they couldn’t deal enough damage to Jin Air’s composition.

A fight in the jungle resulted in 75 second death timers for three CJ Entus players. Jin Air then marched into the enemy base and won game one. They would go on to sweep CJ in two games, the second of which lasted a meager 50 minutes. 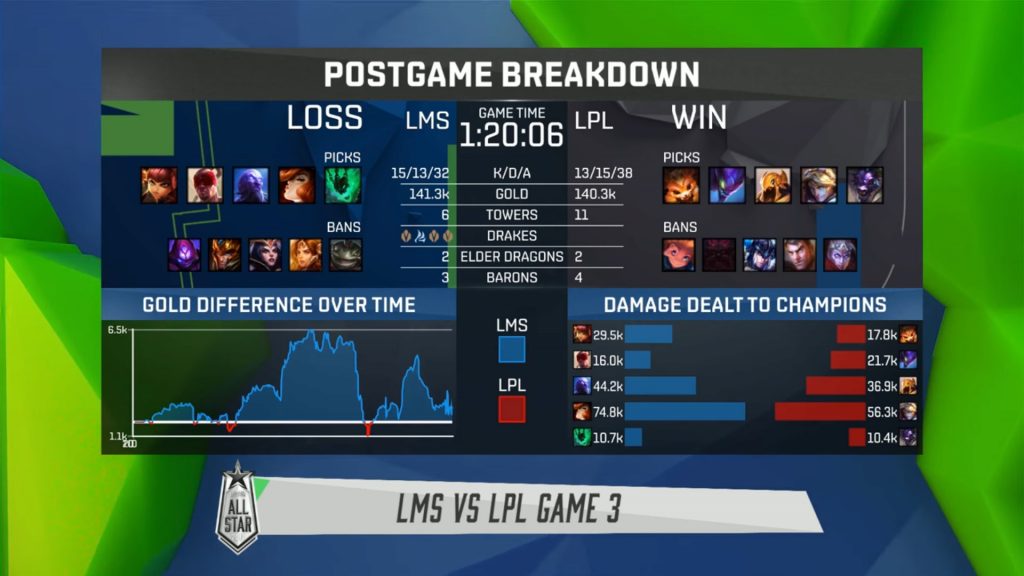 Allstars is the end of season fun event which brings festivities and, usually, less serious gameplay. However, in the Grand Finals of the regional team tournament, neither Taiwan’s LMS or China’s LPL wanted to lose. Legends like Uzi, Meiko, and Karsa donned their best champions and went to work.

The LMS had a stronger early game composition with Miss Fortune, Lee Sin, and… Annie top lane. Karsa earned first blood at just five minutes into the game. His map presence also helped the LMS to secure three Mountain Dragons and a Cloud Dragon before Elder began to spawn. Team LPL got none.

However, scaling was on the side of the Chinese team. Uzi’s Ezreal and Xiye’s Azir became strong enough to take over team fights. After a certain point, the LMS couldn’t run away with the game. After 80 minutes, four Elder Dragons, and seven Barons, the LPL picked off LMS’s solo laners and jungler.

With this win, the LPL took a one game lead in the match. They would go on to win the grueling five game series. Uzi also took home first place in the 1v1 tournament, making All-Star 2017 a Chinese sweep. 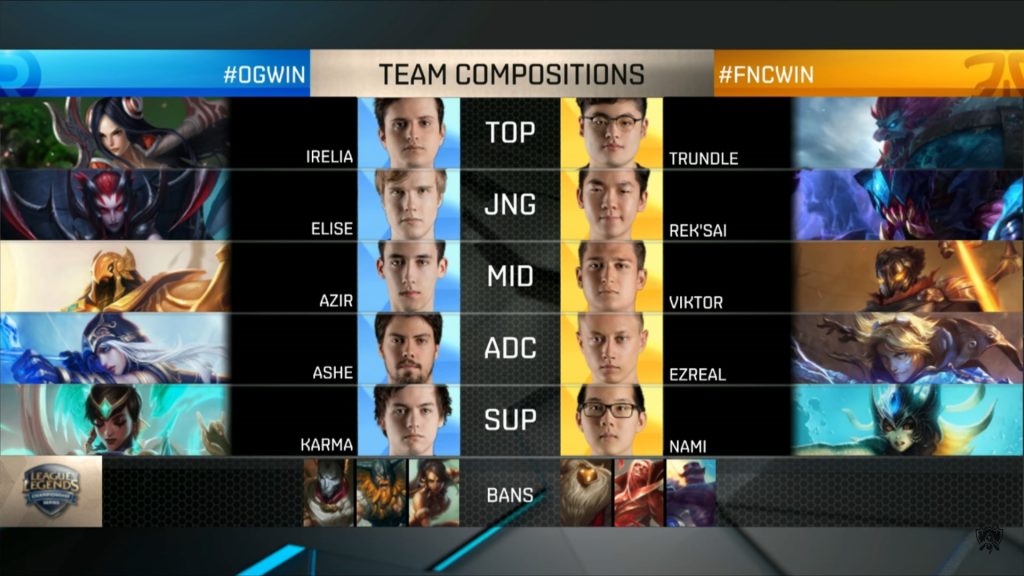 When this matchup happened, Fnatic was at the top of the EU table while Origin was at the bottom. Still, that didn’t stop Origin from giving it all they had. 2016 was the year where the EU LCS had a two-match series system with ties possible. Therefore, every game win was crucial in the quest for points.

In yet another 80-minute game featuring Azir and Ezreal, PowerofEvil and Rekkles competed as the key damage dealers, along with Febiven’s Viktor. This game took place during the turret and lane swap meta. There were four turrets taken before a single kill happened. Origin took the early lead with first blood at eight minutes, but Fnatic took control of all five Elemental Dragons that spawned.

When Karma and Nami support both get to build Rabadon’s Deathcap, you know the game has gone into extra innings. Once again, four Elder Dragons and seven Barons were taken. This game was also the bloodiest of the five listed here at 35 kills.

Eventually, Origin closed out the game via side lane pressure and Xpeke became the only ADC to win an 80-minute game without a kill. Origin’s reward for this feat was one point from a 1-1 tie. It’s no wonder this system was removed the year after. 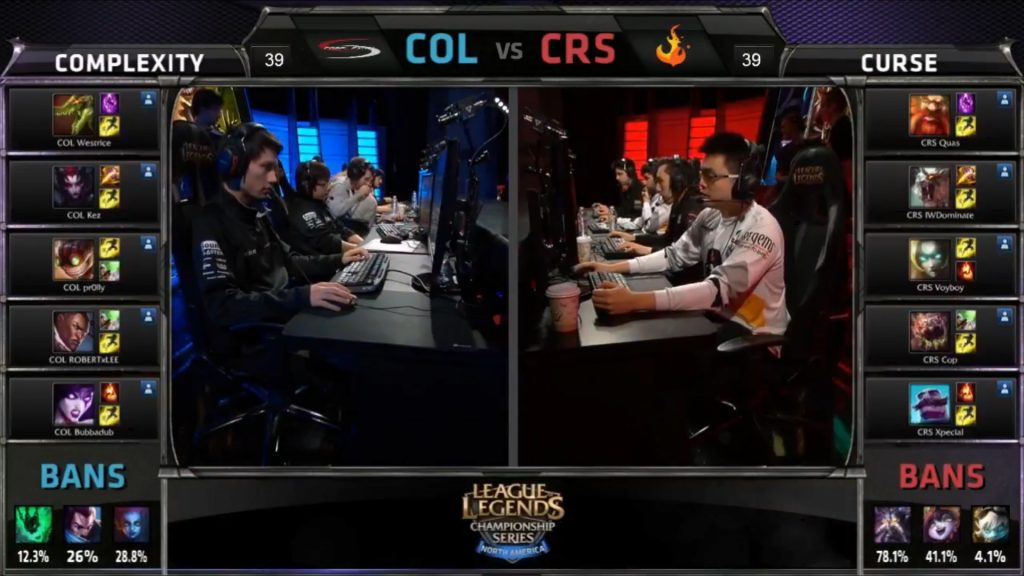 For this game, we have to go back to the days of the old Summoners’ Rift map. The oldest game on this list took place when League of Legends looked completely different, both in game and out. In Week 8 of NA LCS Summer 2014, compLexity and Curse were in a battle to avoid the relegation tournament.

The draft saw some aggressive champions come out, such as Rengar for IWillDominate and Lucian for ROBERTxLEE. However, pr0lly’s Ziggs and Voyboy’s Orianna brought tons of wave clear to the table. Curse gained a lead thanks to two early ganks from IWillDominate. Their objective control was not as impressive. Curse’s first tower was taken at 30 minutes into the game. Additionally, compLexity was able to stack total of seven dragons.

Eventually, the game devolved into a back and forth slugfest. Both teams’ bases were under fire at multiple points. As the ADCs sold their boots for Zephyrs, compLexity was able to find the fourth Baron of the game and run it down mid for the win.

It would be a hollow victory however, as compLexity ended up getting relegated anyways. As for Curse, they would make a run for the top of the table and received fourth place, the birth of the Curse/Team Liquid fourth meme. There were no winners here. 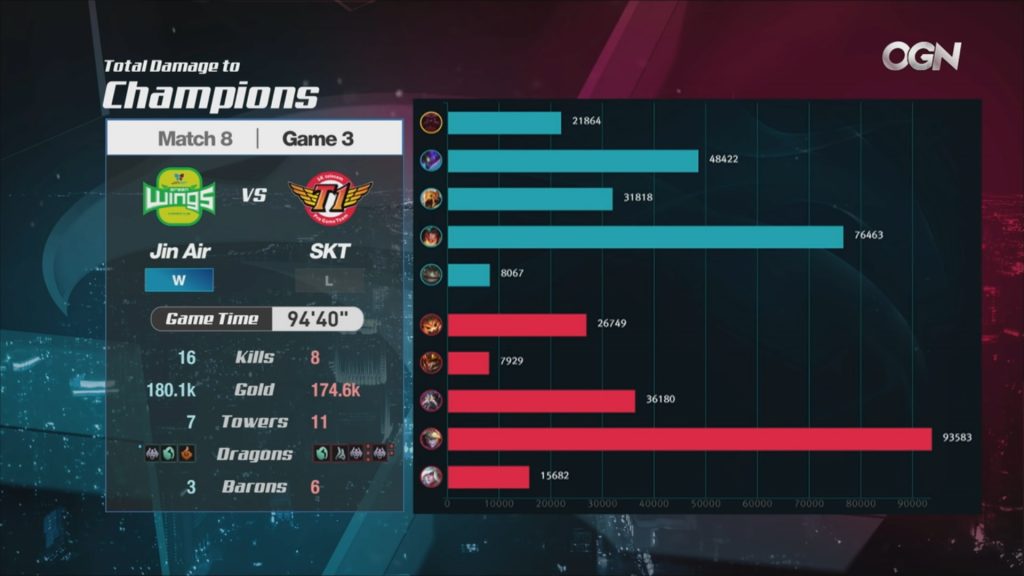 The kings of the marathon match earned their throne in LCK 2018 Spring. Jin Air and SKT faced off in an early season match, both having had mediocre starts. A 1-1 tie saw the series go to a third game. Little did anyone know; it would be the longest game of professional League of Legends ever played.

Right from the draft, it was clear this game would be one of scaling. Azir, Sivir, and Tahm Kench faced off against Kassadin, Ezreal, and Janna. Jin Air also had the benefit of Ornn, who could grant each of his teammates an upgraded item. Surprisingly, first blood happened early after a proactive dive from Jin Air at seven minutes. After that, the teams kicked it into… underdrive.

Only three more kills happened up until 29 minutes, when multiple fights broke out in mid lane and the river. SKT earned the first of many Barons and would seemingly have control of the match. They took a total of seven Dragons, five being Elder, six Barons, and a whopping 13 inhibitors. However, all those extra minions flooding Jin Air’s base were quietly creating a monster.

Jin Air’s ADC Teddy was farming up on Sivir the entire game. Although he hit full build far before the end, Teddy wanted a record that no one would be able to touch. He was able to get creep score of 1465. Teddy’s score was double the existing record at the time. SKT’s ADC Bang was no slouch himself, taking second place on that list with 975.

With the sheer late game power of Jin Air’s composition, they were able to take the last three of nine total Barons and end the game after catching Faker out. Jin Air would go on to win the epic series.

Although Jin Air avoided relegation for that year, they are gone from the LCK now. Their legacy as the team who would frequently break the usual time frame conventions of the game has been cemented.

Professional League of Legends games that exceed an hour are rare. Riot has made many changes over the years to ensure reasonable match times, such as strengthening Baron Buff and adding the Elder Dragon execute. Even so, teams have found just as many ways to draw out every last breath in game. 2020 has already had an hour-long game in the LCS. As long as the will to win remains, games will continue to come down to the last second.