How to Play Khandor Hideout in CoD: Modern Warfare 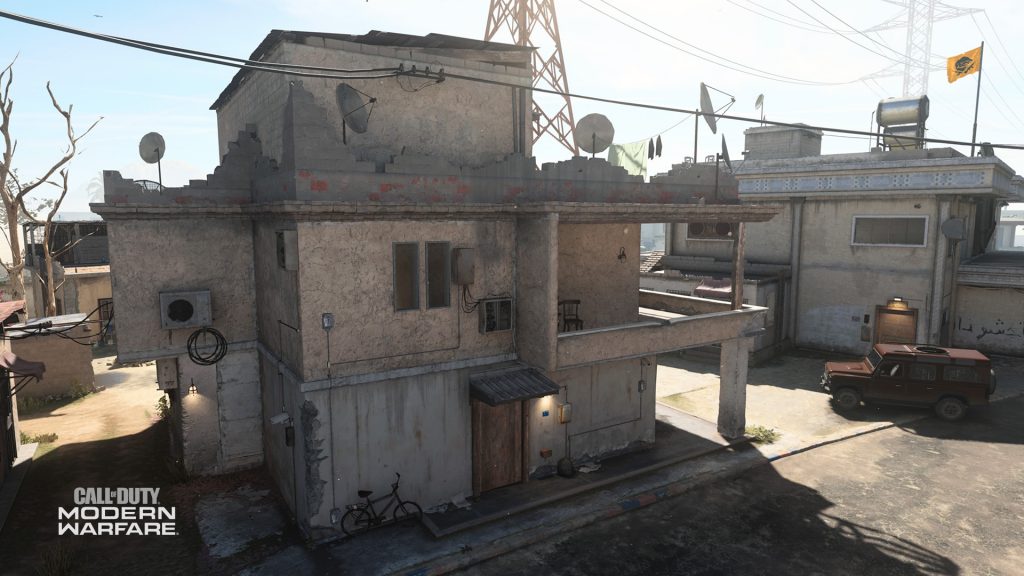 Khandor Hideout is the latest addition to Modern Warfare and is a return to the classic three-lane map design. (Photo courtesy Activision)

Call of Duty: Modern Warfare received an update that added a brand-new multiplayer map for players to enjoy. Khandor Hideout is a medium sized map that allows for a few different types of gameplay styles. There are a few things to keep in mind before trying the new map, however. 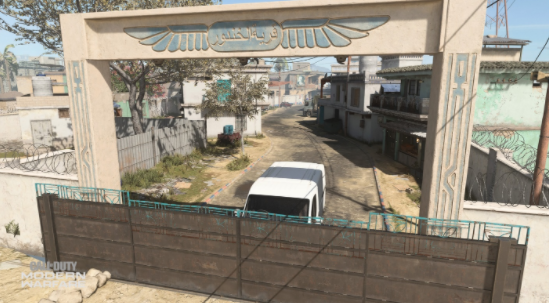 Players on the Coalition team will spawn in an area known as Arch. This area offers very little cover and has no tactical viewpoints for the rest of the map, so players will not encounter many gunfights in this area. Players can access Backlot on the left side and residence on their right side. 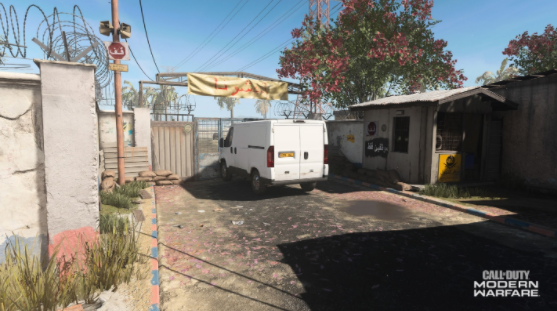 Security is where the Allegiance team spawns and is also an area most players will not spend a lot of time. The right side of Security leads to Recycle and the left side leads to lookout.

The north lane runs from Backlot on the Coalition side and ends with Recycle on the Allegiance side. There are several areas in this lane are where objectives spawn in various game modes, so players should memorize every location to stay competitive. 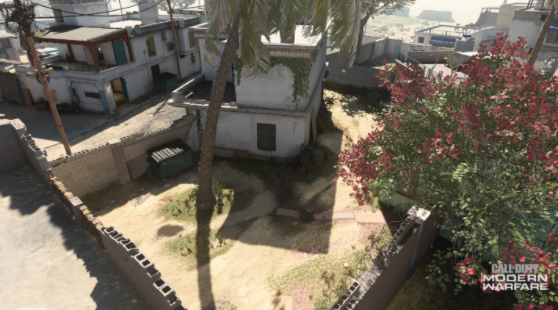 Backlot is where the A flag in domination will spawn. The area features a dumpster that can be used as a vantage point to cover the middle lane and hold rotations from players trying to flank. There are also three barrels that can be used as cover when defending from enemies pushing through garage. 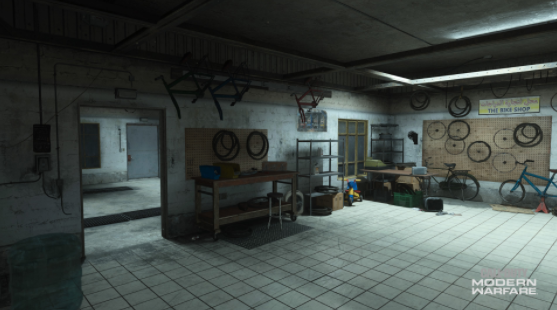 Continuing through the north lane from Backlot will take players to Garage. This location is perfect for players who prefer SMG’s or other close quarter weapons. This is the fourth hill in hardpoint and an easy location to defend, so players should rotate early to avoid the hard to break location. 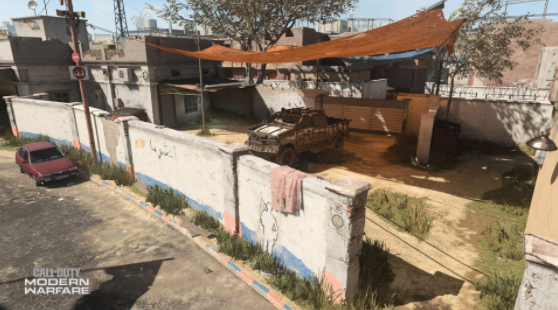 Armor is the next location in the north lane and features a huge armored truck that provides decent cover. Allegiance players will often beat Coalition players to this location and have a great vantage point by using a dumpster against the wall. This is the A bombsite in Search and Destroy, so players should learn this area quickly to be effective in that game mode. 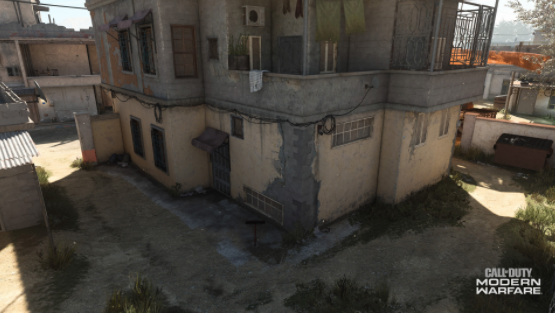 Recycle is the final area when pushing the north lane from the Coalition spawn and serves as a connector to the middle lane. Pushing out of Recycle can be difficult, however, as the entrance is in clear view of the Allegiance spawn and the location across the street known as Lookout.

The center lane of the map features four key locations where players will encounter the most players. The buildings in the center lanes have several entrances with access to the other two lanes, and several objectives spawn in these locations. The center lane starts with Residence at the Coalition end of the map and ends with Lookout at the Allegiance spawn. 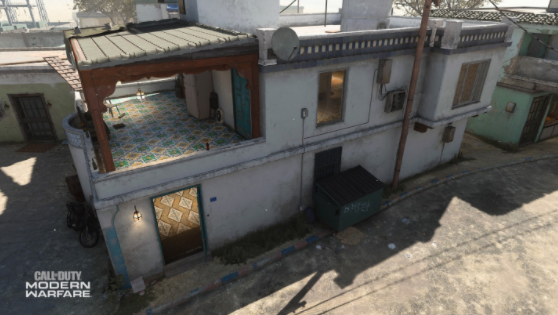 Across the street from Backlot is a building called Residence which features two floors and viewpoints on the surrounding area. Snipers can use the second story windows to cover the middle lane and players pushing through the right lane. Objectives can spawn in this location in the Hardpoint, Headquarters, and Cyber Attack game modes. There are multiple entrances on the first floor of residence, so players should work together to cover all entrances will defending or pushing. 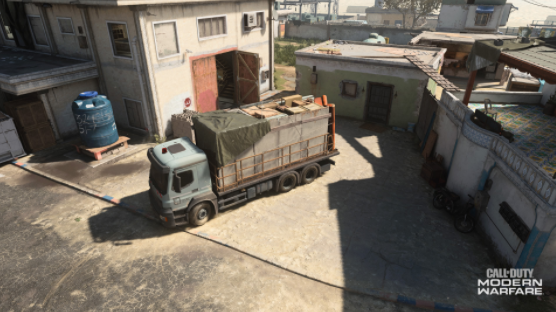 The next area in the center lane is known as Delivery and features a large delivery truck that provides cover. This area has entrances to the lab and field areas and is open to the center lane on the opposite side. This is a very popular area for players pushing in and out of lab or trying to rotate through field, so players can sit here and get easy kills on unsuspecting players.

Lab is the main hub of Khandor Hideout and provides access to the other two lanes on the map. Several objectives from different game modes spawn in this area, so players should be comfortable navigating the two-story building.

The main area where delivery connects to lab is a large open room where mid-range weapons can be used to cover entrances. The other areas in the first floor at small, so close quarter weapons are dominant in these areas.

The second story has viewpoints into every other major area of the map, so players should defend this area to avoid snipers taking control of the power position. The second story can be accessed by dumpsters and other objects around the building, so players trying to take the location should use this to their advantage. 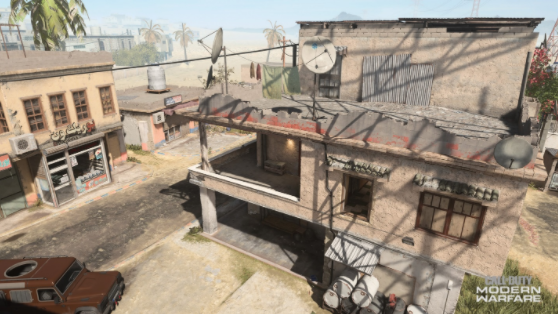 To the east of lab is a building known as lookout. This building provides excellent vantage point that can be used to counter snipers in the lab or center lane. This is also the location of objectives in hardpoint, headquarters, and cyber-attack, so players should prepare for close quarter battles inside of the building.

The south lane of Khandor Hideout is the opposite of the north lane and features huge open areas. This is the perfect area for players using long range weapons and a great way for players to flank various objectives 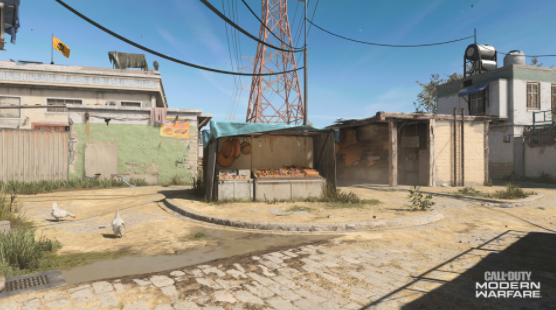 Market is the first area of the south lane when pushing from the Coalition spawn. This area allows players to bypass Residence and move directly into Field or Delivery. There are also vantage points that provide a clear view into field and radio and can be used to prevent players from pushing. 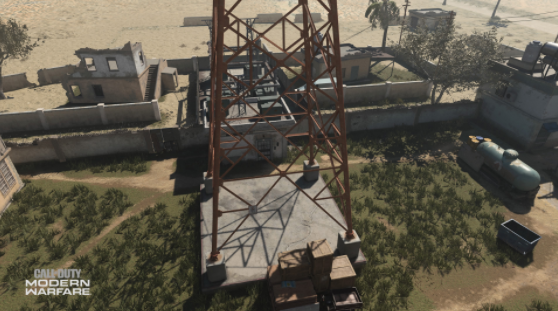 Field is a large open area with a concrete slab and electrical tower in the center. There are other small buildings and objects around the map that provide cover while navigating, but players should consider using smoke to block their movement. The B bomb side in Search in Destroy spawns directly in the center of Field, so be prepared to avoid snipers and long-range weapons when planting the bomb. 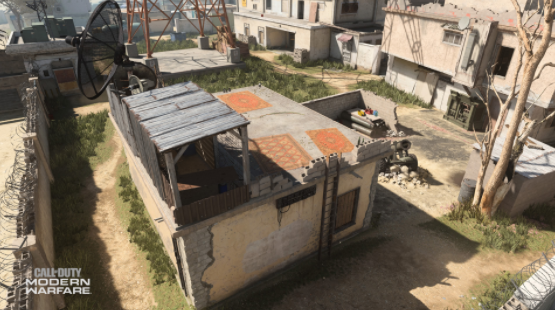 Radio is the final location in the southern lane and provides a solid sniping position to cover most of the lane. The C flag in domination also spawns here, so defending players can mount themselves along the walls to cover all entrances into the area. Lookout does have a clear view into radio, however, so players should keep an eye on the second floor to counter in sneaky players.

Khandor Hideout is a breath of fresh air in Call of Duty: Modern Warfare and is a return to the classic three lane layout. The map allows hectic close quarter fights or long ranged sniper battles. Regardless of what style you prefer, make sure to learn the map to avoid being an easy kill for the enemy.