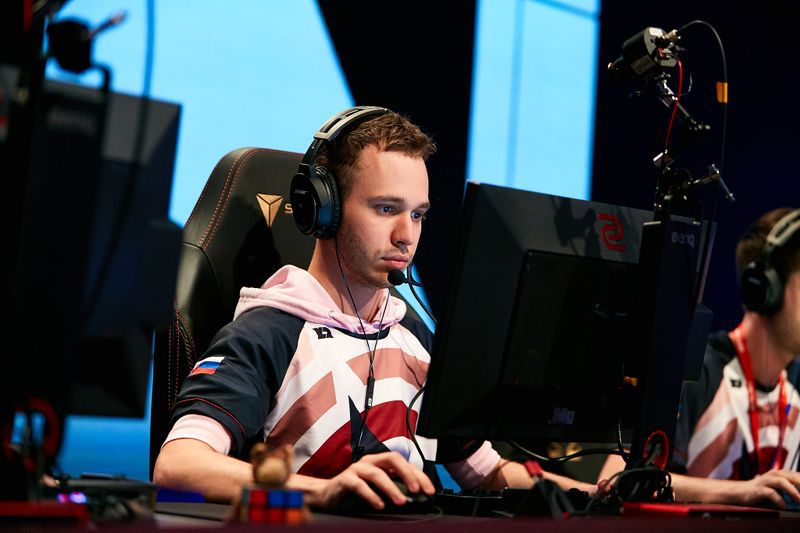 GODSENT manage an impressive storyline to make it to the DreamHack Masters Playoffs against some of the Worlds best teams. (Photo courtesy StarLadder)

DreamHack Masters Winter is underway, and Group B is sending its four best teams to the Playoffs. There are several surprising factors with Group B, with mousesports being one of the more consistent teams, alongside NA’s best FURIA earning the other Upper Bracket spot. In the Lower Bracket, some of the best teams in Europe had to fight for survival as they took a turn for the worst in the opening matches.

In a surprising fashion, mousesports was the first team out of DreamHack Masters Group B. mousesports haven’t had the best of time in the online era of CS:GO. But they seem to have found their footing in recent events. Their first qualification was in November when they made it through the to the BLAST Premier Fall Finals. Their success continues into DreamHack Masters as they beat Team Liquid in the first series 2-0, winning Inferno 16-13 and Dust II 16-12.

One of the most notable factors of the series was the presence of Chris “ChrisJ” De Jong, who managed to be the second most impactful player on mousesports across both games. This is combined with mousesports young stars of Aurimas “Bymas” Pipiras and Robin “ropz” Kool each having their turn at popping off in different maps.

Moving on, mousesports had a close series with GODSENT, who was fresh off their upset against Astralis. The mouz / GODSENT series was surprisingly super close, with GODSENT taking the first map of Nuke 16-13. With the opening map done, mousesports found their form and had strong showings by winning Inferno 16-9 and Train 16-8. One of the key players for mousesports was David “frozen” Čerňansky, who averaged a 1.3 rating in the series.

This Train has been great for @Mousesports! Now they are one round from advancing in the Upper Bracket! ✨#DHMasters pic.twitter.com/tenKQpHNny

On the other hand, FURIA continues to show the world they are one of the best teams in the world. They came into the event strong, beating down North incredibly well, and then took out G2 Esports in a strong series. The FURIA vs North series was over incredibly quickly with FURIA’s top man Kaike “KSCERATO” Cerato getting a 1.72 rating on the first map, followed by Vinicius “VINI” Figueiredo earning a 1.76 rating in the following map. The two players hard carried their path to the Upper Bracket Final.

FURIA then met G2 Esports in the Upper Bracket as expected. The two big teams had an intense battle, but G2’s renewed roster fell to the Brazillian side in a 2-1 series. It appears FURIA got the better of G2 Esports as they took Inferno 16-8, which atypical for the map. On the flipside, G2 Esports managed a comeback and won Mirage with the Kovač cousins both putting up impressive numbers with NiKo on a 1.84 rating and hunter- on a 1.23 rating. Despite the cousins carrying G2 on the map win, they failed to advance to the playoffs as FURIIA won Nuke 16-6.

The Lower Bracket of Group B is surprisingly interesting, with Astralis having to fight for survival after losing to GODSENT in the opening round. They did so against Team Liquid in an el classico of modern CS:GO, but the circumstances of them meeting are undoubtedly strange for that matchup. Astralis won the series 2-0, winning Vertigo 16-14 and dominating Inferno 17-7. But the real competition for Astralis in the Lower Bracket Final was against G2 Esports.

G2 Esports and Astralis are two if Europe’s best, and the two cladding where they did is quite something.  The series also lived up to the hype, with the results of the maps being close, but despite the storytelling, Astralis walked away with a 2-0 win to make the Playoffs.

Astralis managed a 16-13 victory on Dust II, with their captain, Lukas “Gla1ve” Rossander performing the best on his side. Another thing to note is that G2’s loss here was accompanied by four G2 players failing to get a higher rating than a 1 rating. On the flip side, G2 performed much better, forcing Inferno Astralis to turn it into an overtime battle as G2 had match point by round 30. The star player on NiKo once again took the reigns and had an impressive performance, which seems critical of G2’s success so far this event. But Emil “Magisk” Reif, Andreas “Xyp9x” Højsleth and Nicolai “device” Reedtz had good showings, which outweighed NiKo’s hard carry for G2. As a result, Astralis advanced to the Playoffs, with G2 exiting the event.

As for the final series of Group B, North and GODSENT closed the Group Stages, with GODSENT taking the series 2-1. North managed to show GODSENT that they have the skills to advance, with a 16-14 win on Train. However, GODSENT returned to form with their third Nuke victory of the event on a 16-9 scoreline. GODSENT continued the reverse sweep with a close Overpass win of 16-13.

Even on the maps that North lost, the likes of René “CajunB” Borg and Nicklas “gade” Gade both put in the work to perform for their team. By the third map, North’s resident Swedes went quiet, which seemed to be the tipping point for their third map exit. But all the credit to GODSENT or this incredible performance, GODSENT isn’t a team people necessarily expect to go this far, and it is a great sign they have made such a strong impact so far this event.

With the conclusion to DreamHack Masters Winter’s Group Stage, we know the eight teams heading into the Playoffs. Heroic will meet GODSENT, mousesports will play Cloud9, Gambit will tackle Astralis, while FURIA will battle Complexity. The DreamHack quarterfinals kick off on December 4th, beginning with Heroic and GODSENT at 12:00 GMT.