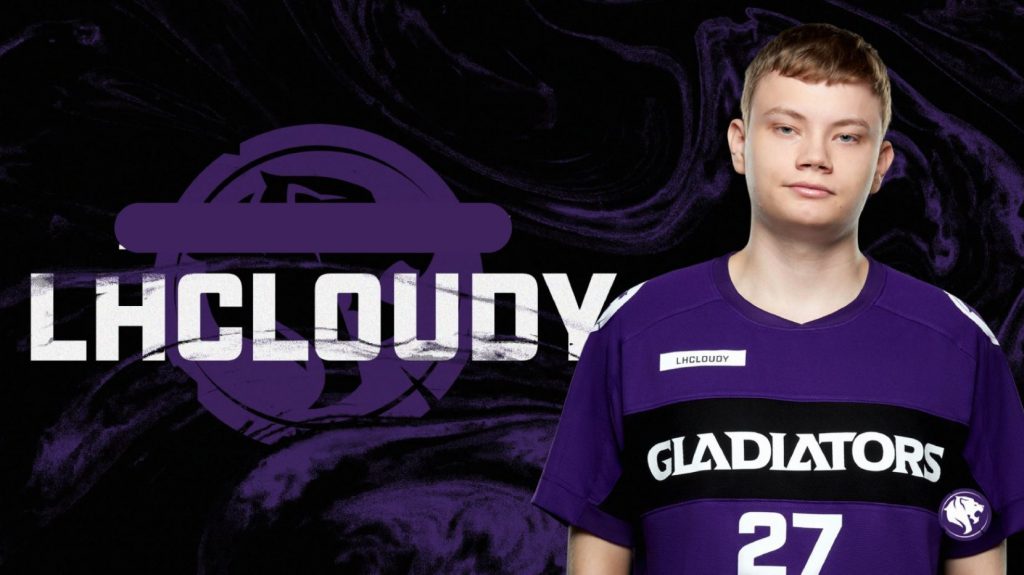 The Reinhardt specialist departs Gladiators after a year competing under their banner. (Photo courtesy LA Gladiators)

The Los Angeles Gladiators announced the departure of Main Tank player Roni “LhCloudy” Tiihonen from their roster on Monday. The Gladiator’s removal of the player follows the release of four other players last week, including Aaron “Bischu” Kim, Jason “Jaru” White, Benjamin “BigG00se” Isohanni, and Jonas “Shaz” Suovaara. After LhCloudy’s release, Gladiators currently have only five active players left on their roster, as they look to sign new talent for the 2021 season.

Your Flankhardt has forever left a mark on competitive play. We wish you all the best in the future. pic.twitter.com/FfXzjoQyMw

LhCloudy’s exit is part of a larger reconstruction effort from Gladiators. Gladiators had a decent season, but they still fell short of their performances in 2018 and 2019. In both previous seasons, Gladiators managed to secure a top five season record and top five placings in the playoffs. In comparison, during the 2020 season they finished ninth place in regular season record and only barely made it through the NA postseason play-in matches, before being eliminated from the NA double elimination bracket by Philadelphia Fusion and Florida Mayhem without picking up a single map in either match.

When @LhCloudy gives the spawn camp command, we suggest following his lead. pic.twitter.com/yXSbRRSYTS

Although LhCloudy saw some playtime throughout the year, he spent the majority of his matches on the bench. Gladiators instead preferred their South Korean Main Tank Min-seok “OGE” Son, who was signed around the same time as LhCloudy in late 2019. Even when Gladiators strategy necessitated the use of LhCloudy’s speciality of Reinhardt, the team still gravitated toward playing OGE. During the few matches where LhCloudy did get playtime, he made a name for himself as a highly aggressive player who often found unique flanks which took enemies by surprise. Unfortunately, his expertise was simply more limited than OGE’s, making OGE a more flexible and valuable tank for L.A. to keep around.

Gladiators roster currently only features three DPS, two tanks, and no support players. With so many open slots to fill, we can expect them to sign a significant number of free agents in the coming weeks and months.