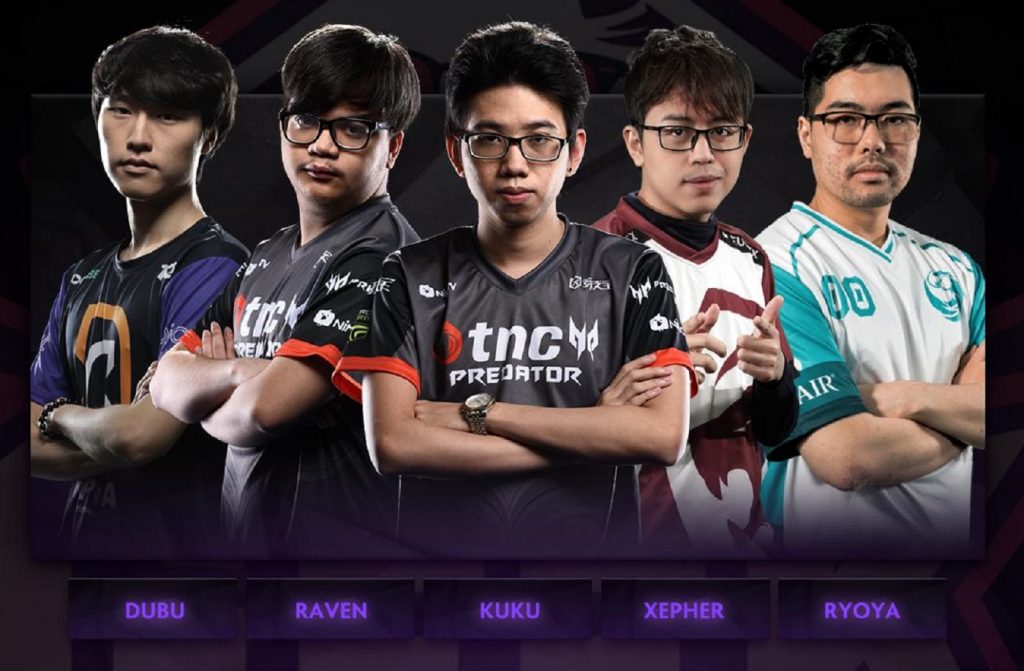 The Geek Fam roster for the third DPC season. (Image via @wykrhm / Twitter)

Geek Fam announced today their new lineup for the 2019-2020 Dota 2 Pro Circuit season. With only two members of their The International 2019 roster sticking around, Geek Fam has brought in three new players.

Ryoya last played for beastcoast in North America, falling just short of qualifying for The International 2019. Kuku played last season for TNC Predator. His season was broken up by controversy, but ultimately he competed with the team at TI9, finishing in ninth-twelfth place. He had also previously played with Raven on TNC, so this Geek Fam lineup is a reunion of sorts. DuBu competed with Fnatic at TI9, though he’d been the squad’s coach for most of the year. Fnatic placed 13-16th.