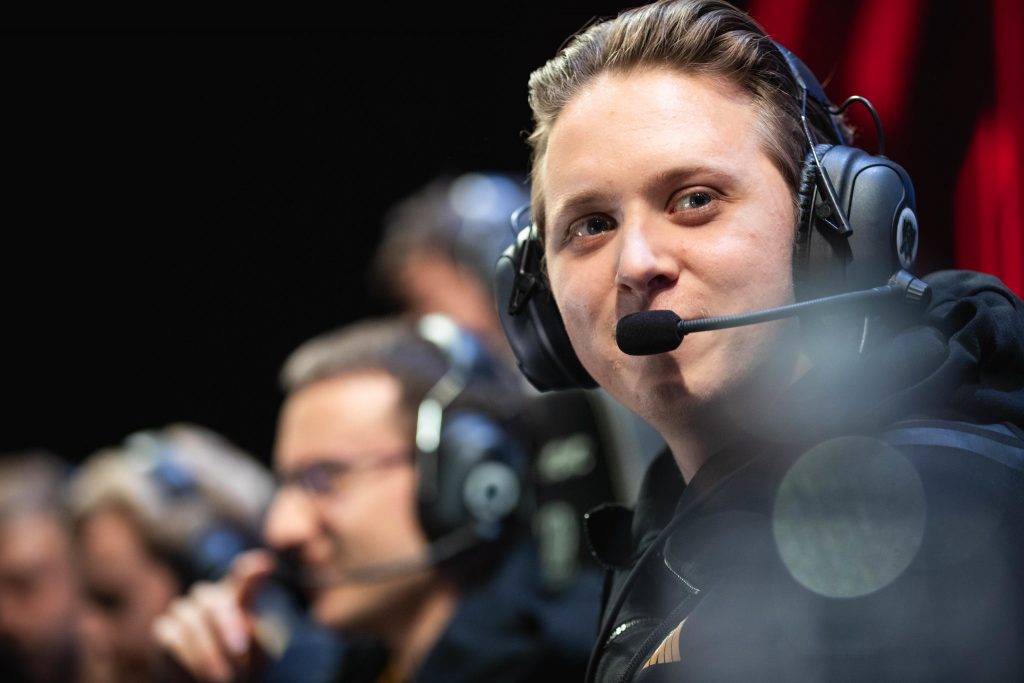 After missing the opening split of the new European Championship, world semifinalist Petter “Hjarnan” Freyschuss is set to return to the LEC with Excel Esports. (Photo courtesy of Riot Games)

Former G2 Esports bot laner Petter “Hjarnan” Freyschuss is set to return to the League of Legends European Championship. Announced earlier today, Excel Esports revealed they had signed the Swedish ADC ahead of the Summer Split.

Hjarnan previously reached the World Championship semifinals with G2 Esports but was released ahead of the first LEC split after his former team made the call to swap mid lane superstar Luka “Perkz” Perković to the bot lane. Hjarnan signed with Ad Hoc Gaming in January but is now set to return to Europe’s biggest stage with the UK-based organization.

Excel’s newest signing is set to reunite with support Raymond “Kasing” Tsang, with whom he played with on H2k Gaming in 2015.

“Being back with Kasing is great too, and I can’t wait to get playing as soon as possible,” Hjarnan said after the signing announcement. “I’m really excited to be back in the LEC again and to help Excel improve on their first split at the top level in Europe.”

Excel Esports first announced, when they joined LEC ahead of Spring Split, they would be utilizing a ten-man roster. With the signing of Hjarnan, current team marksman Jesper “Jeskla” Klarin may drop to the organization’s academy side, Excel UK.

The European Championship is set to return in the next month, once the Mid-Season Invitational comes to an end. G2 Esports is currently representing Europe in Vietnam.