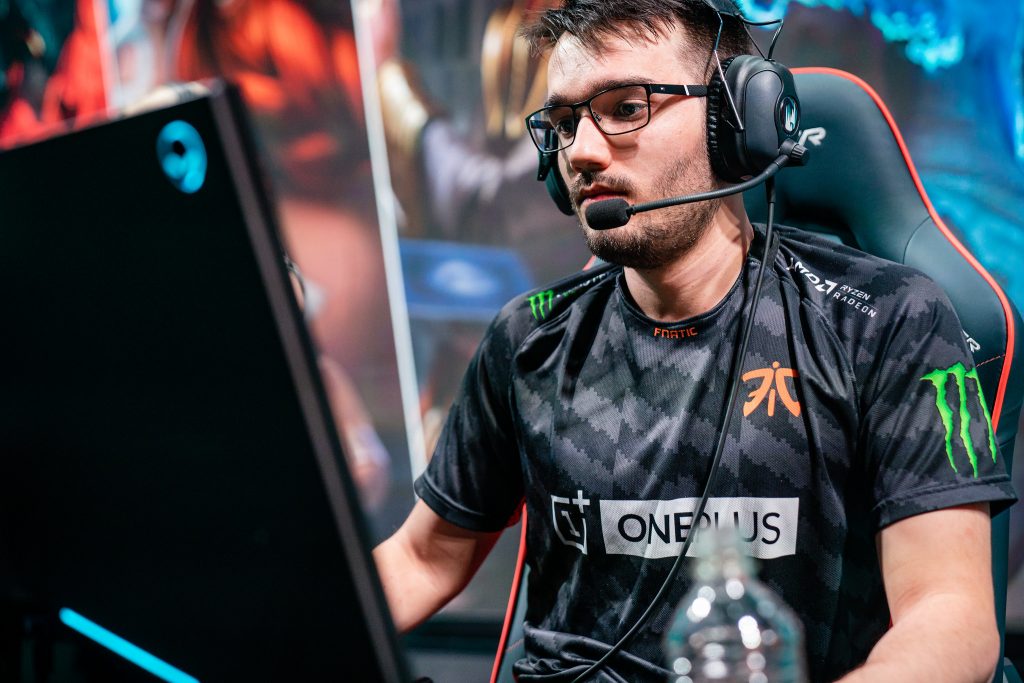 We sat down with Hylissang to discuss the current meta, what he learned from attending Rift Rivals and his relationship Rekkles (Photo courtesy of Riot Games)

Making his League of Legends debut in 2014, Zdravets “Hylissang” Iliev Galabov has earned his spot among the support veterans of Europe. However, it wasn’t until his move to Fnatic in 2017 that he really got to shine, with a World Championship Final appearance being just one of his recent achievements.

After missing out on the Spring Split finals, Hylissang and his fellow Fnatic teammates have bounced back and are dominating the first half of summer, with a 7-1 standing.

We sat down with Hylissang to discuss the current meta on 9.13, what he learned from attending Rift Rivals and his relationship with bot lane duo partner Martin “Rekkles” Larsson.

You and Rekkles decided to draft Xayah and Rakan in your win against Vitality, what is it about the champions that make them consistently strong?

Xayah and Rakan are a very solid bot lane. I don’t think they have many counters if any at all when played correctly. They have all you need, cc, lane damage, engage and sustain. They are one of the strongest duo bots, hence why they are always picked or banned.

This week sees the move to patch 9.13 with lots of changes including reworked Mordekaiser and new champion Qiyana. What have you guys been doing to prepare?

Qiyana has been very obnoxious in solo queue. Mordekaiser we have been preparing for as well, luckily he does have some counters. He cannot be blind picked, as we saw today in games where he literally just got demolished. Honestly, I think he is a bit of situational pick.

Hmm, what else? I think there is a bit of an Azir and Corki meta right now, both champions are highly prioritized. We have the best player for both these champs in Nemesis. Actually, I think he invented this meta because he has been playing these champions all the time.

I think Lux is very strong as well. She didn’t get much gameplay today but I still think she is very strong. Although personally, my Lux isn’t top-level right now. I’m still practicing her and hopefully, I have the confidence to play her in a game soon.

You recently came back from Rift Rivals, was there anything particular you took away from the tournament? Also, how do you rate it among the current international tournament?

I think Team Liquid played really well, there are a few things we can learn from their bot lane. I think in general how they fight. But honestly, there wasn’t too much to learn, apart from Team Liquid games.

For Rift Rivals, there isn’t really much of a prize or much to benefit from apart from it as an experience. There isn’t much to profit from at the tournament. Something similar but more competitive would be better. A tournament you can put effort into because right now Rift Rivals is not really worth it.

You have played with a few different ADC players in the past, what is it like currently playing with Rekkles?

He has a very unique playstyle. He is very consistent in what he is doing and he doesn’t like to risk what he has. He likes to only build advantages, especially when safely taken. I kinda match good with him, if I adapt my playstyle to him, which I usually do. I understand how he plays and I play similar but with more aggression so he can follow. He is very good mechanically and I don’t think I have ever played with that good of a player before. He also knows very well how to position, he doesn’t make mistakes and he is very hard to kill. Rekkles is one of those players that if you try to kill him you better bring a lot of people.