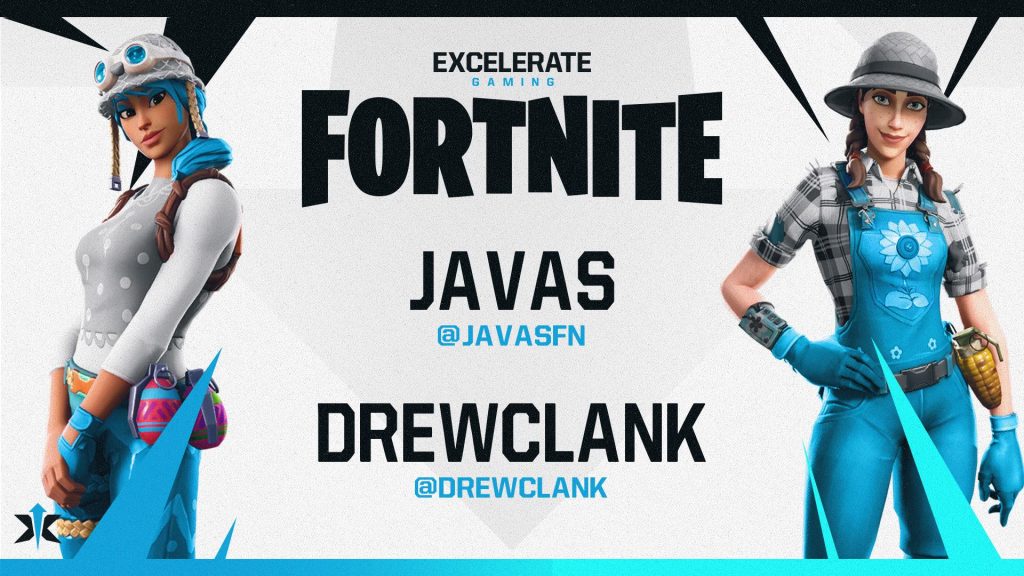 Allegedly, Excelerate Gaming have cut their Fortnite players due to financial reasons. (Image via Excelerate)

These allegations come in the form of a TwitLonger post wherein Clark specifically states:

“The only ways for us to be cut from the org was if we broke the contract, they paid the buy out, or the company has declared bankrupt. None of this has happened. If he was to cut us for cause we have not been informed on a reason and as far as I am aware I have not broken any part of the contract.”

Javas and DrewClank joined Excelerate on April 27, and they have been competing in open qualifiers for the Fortnite World Cup. Thus far, they’ve yet to qualify.

Recently, Excelerate Gaming chose not to renew contracts with their Rainbow Six Siege roster. The dissolution ended positively, and each party went their separate ways on May 15.

Appreciate everything that you and the team have done for us. Looking forward to seeing you kill it next season.

Additionally, back in March, Excelerate dropped their entire Call of Duty World League team. Michael “Beehzy” Said released a video on his YouTube account talking about the various issues with the organization. Beehzy claims that Excelerate failed to pay the players on time, and they tried to sell the Pro World League slot to another organization. However, the deal never went ahead.

Regardless, these cutbacks don’t seem to extend to Excelerate’s PUBG team. Excelerate picked up the former Denial Esports PUBG roster on April 26. As recently as June 1, Excelerate signed Jake “CarbonxYz” Smith as a new inclusion in the squad. CarbonxYz is to compete with Excelerate for the remainder of the National PUBG League’s Phase 2.

We have reached out to Excelerate Gaming for comment regarding Clank’s allegations.  We will update as more news becomes available.

Call of Duty Fortnite Other
Share
Craig Robinson
Craig is passionate about two things: History and Gaming. Whilst at university, Craig focused his degree on history and voluntarily wrote about esports on the side. Nowadays, he tends to write about esports whilst enjoying history as a hobby.
Follow me