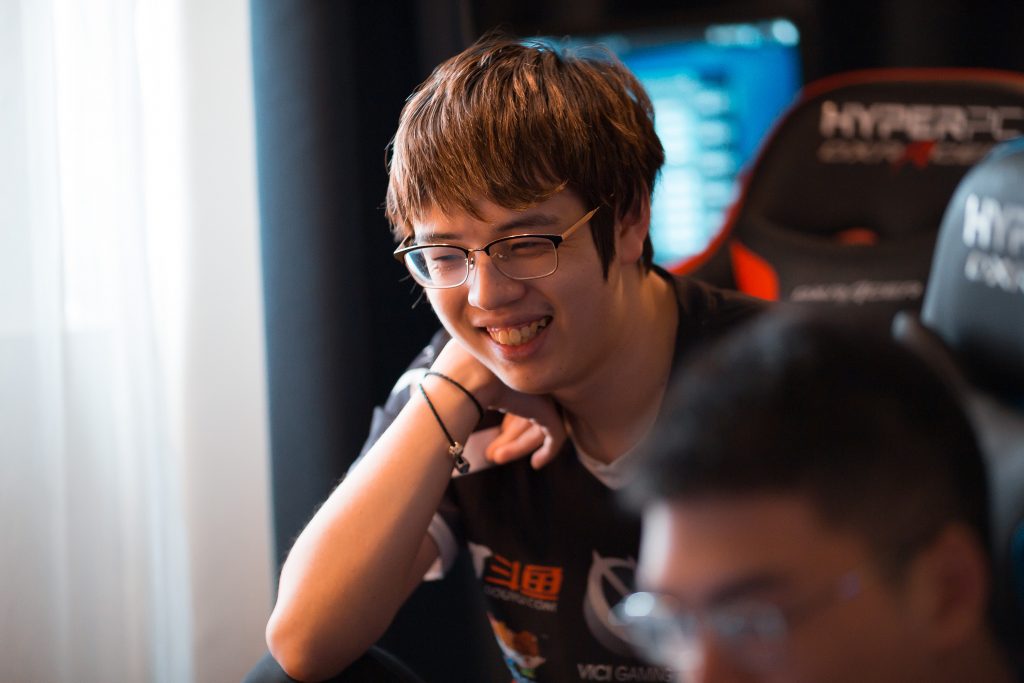 Vici Gaming came out on top of Group C at the EPICENTER Major. (Image via EPICENTER)

On the second day of the final Dota 2 Pro Circuit event of the year, Group C offered twists and turns, as one of the most dominant teams in the game cast doubts on themselves with a weak first showing at the EPICENTER Major.

Virtus.pro found themselves initially outmatched by Alliance, a team that shouldn’t even be on their radar. Meanwhile, fellow top tier competitor, Vici Gaming, returned to the kind of form that had secured their early place in this year’s International.

In the opening game of the day, Alliance faced a complacent Virtus.pro. Weak drafts and questionable decision-making lead to a pair of defeats for a VP team that has a tendency to start slowly in tournaments. In both games, the team’s lack of map positioning led to Alliance taking a quick lead. But Alliance’s problems with finishing games continued to plague them, and it took a poor attempt at Roshan in game one and an over-commitment to a Troll Warlord kill in game two for VP to lose the series.

Alliance advanced to the winners match to face a Vici Gaming that hadn’t looked too strong against Forward Gaming earlier. They were anything but a major contender. In the Forward Gaming versus Vici Gaming series, the teams almost looked evenly matched, taking their series to three games. It was only Zeng “Ori” Jiaoyang’s absolutely out of control Templar Assassin that broke the deadlock, sending Vici to the top of the bracket.

A quick two-game sweep in the winners match reminded Alliance fans that the team has been distinctly disappointing this year, while Vici’s dominance was a return to a level of play we haven’t seen since March.

A trip the losers match was the wake-up call Virtus.pro needed to kickstart their tournament. The Russian team crushed Forward Gaming, in spite of Forward’s attempts to build an early lead.  Forward seemed unable to adjust to the pace that VP could muster. VP quickly headed towards their rematch with Alliance.

Here, Alliance’s reactive and patient play allowed them to hold off a VP team that was thirsty for revenge, at least initially. In game one, VP’s aggressive, pro-active play failed to gain traction in the early game. As the team continued to sneak Roshan, collapse for ganks and punish Alliance for trying to counter pick them, it became apparent the game wouldn’t be so easily won by Alliance.

After stalling for almost an hour, Alliance found themselves on the verge of victory, with a Warlock holding a Refresher Orb, and the potential to counter Vladimir “RodjER” Nikogosyan’s Enigma. But an overcommitment on a bad fight meant VP victory after 65+ minute game.

In game two, Virtus.Pro had no intention of letting Alliance stretch the game out again. Picking up a decisive Ember Spirit/Slark combo, the team didn’t let their opponents breathe, ending things in half the time of the previous game. With their victory, VP joins Vici in the playoff bracket, set to face off against Team Secret on Monday. Their performance will have to be more consistent than their group stage showing if they expect to advance further in the tournament. Vici will face Gambit Gaming on the same day, having shown signs that they’ve returned to status as one of the premier teams in Dota 2.

Alliance’s initial success against VP makes their descent to the losers bracket even more heartbreaking. They’ll face Infamous in a best-of-one series for their tournament survival. Similarly, Forward Gaming, who against all odds managed to take a game off Vici, are headed to the bottom bracket to face Fnatic. Both teams will hope their valiant performance against some of the tournament favorites can translate into success in the lower bracket.