EPICENTER: Infamous, Evil Geniuses Are Out, TNC Qualify for TI 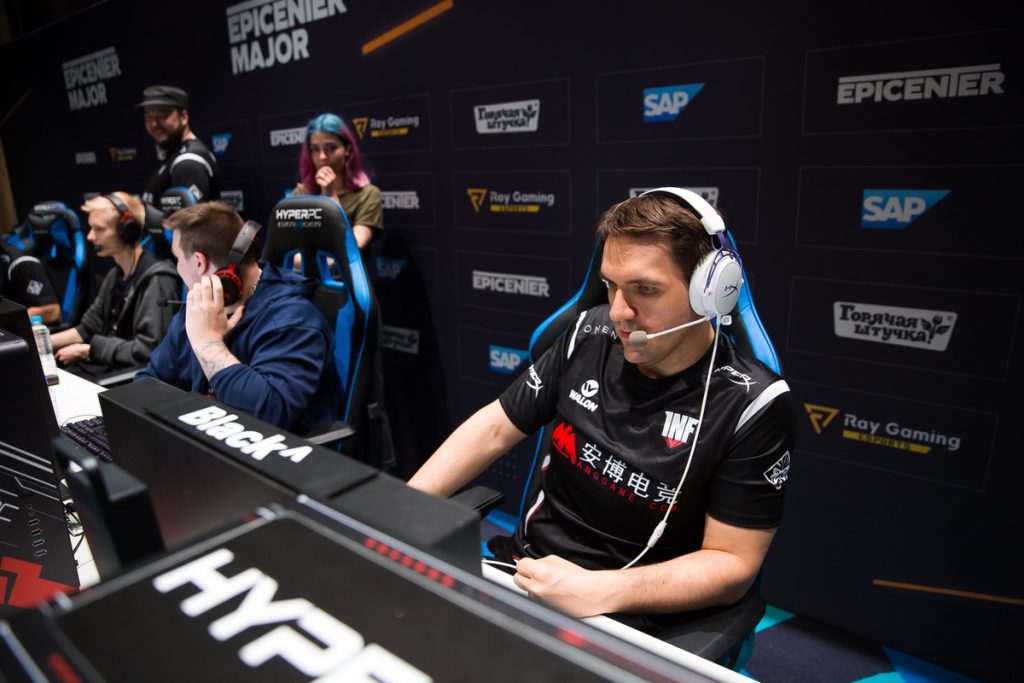 Black^ and the rest of Infamous head home after Alliance defeats them at the Dota 2 EPICENTER Major. (Image via EPICENTER)

There were two lower bracket matches today. The first was Alliance versus Infamous. Infamous were undeniably the underdogs of the event. In an on-site interview for EPICENTER,  Dominik “Black^” Reitmeier commented on how the team has struggled to practice in the South American region.

Apparently not welcomed by their fellow South American teams, Infamous found it, as Black put it, hard to prepare. Unfortunately, that was evident in their performance. Alliance took the game handily. That isn’t to discredit Alliance’s performance, but Infamous didn’t bring enough to the table to challenge them. The South American team head home disappointed, though perhaps not surprised. Their next step should be the regional qualifier for The International 2019, assuming they stick together.

Alliance move on to meet Royal Never Give Up in a best-of-three elimination match.

OG versus Evil Geniuses was easily the match of the day. OG is still a man down, with Johan “N0tail” Sundstein apparently in hospital. In his place is captain Titouan “Sockshka” Merloz, who must be feeling the pressure to ensure OG punch their ticket to The International 2019 by earning enough DPC points. The game with Evil Geniuses got off to a one-sided start. EG drafted an Alchemist for Sumail “SumaiL” Hassan,  which put them solidly ahead in net worth for the first 37 minutes or so.

In Russia, it's rude not to wait the "вы можете войти" words after knocking at the T3 door.
So we had to wipe EG out 🙋‍♂️#DreamOG #EPICENTER pic.twitter.com/jB8ProBKS6

OG, however, saw their win condition: stall long enough for the Alchemist advantage to be irrelevant. Topias “Topson” Taavitsainen’s Ember Spirit was especially active and Anathan “ana” Pham’s Slark provided a needed Alchemist counter. OG excels in the late-game, even and maybe especially when playing from behind; think back to their performances The International 2018. Against the odds, OG pulled out the win, eliminating Evil Geniuses from the last tournament of the Dota 2 Pro Circuit season.

If you want to catch up on the tournament today, be sure to watch the video of this game. It’s well worth it.

In the upper bracket, TNC beat Royal Never Give Up in a 2-1 series. This secured TNC enough DPC points to guarantee their direct invitation to The International 2019. The Southeast Asian squad have to be happy with that; certainly, other SEA teams will be thrilled to have them out of the competition for their lone regional spot at TI.

Vici Gaming versus Gambit was one-sided, with Vici Gaming taking two quick games to win the series. Gambit drops down to the lower bracket to face Ninjas in Pyjamas.

The last series of the day was Vici Gaming versus TNC. Vici Gaming won with a reverse sweep 2-1, in what was possibly the closest series of the day. Ultimately, Vici won the third game through superior team fight, but no one is denying TNC still looks strong. TNC drops to the lower bracket and takes a break waiting for their opponent on June 29. Vici, meanwhile, guaranteed themselves a top three finish and will face Team Liquid in the upper bracket final on June 28.

EPICENTER Major action continues this week with tomorrow, June 26, the biggest day for eliminations, with a total of four. All of the squads still hoping to secure enough DPC points for a direct invitation to TI9 will have to make it or break it. Tune in for all the action at Twitch.tv/epicenter_en1.