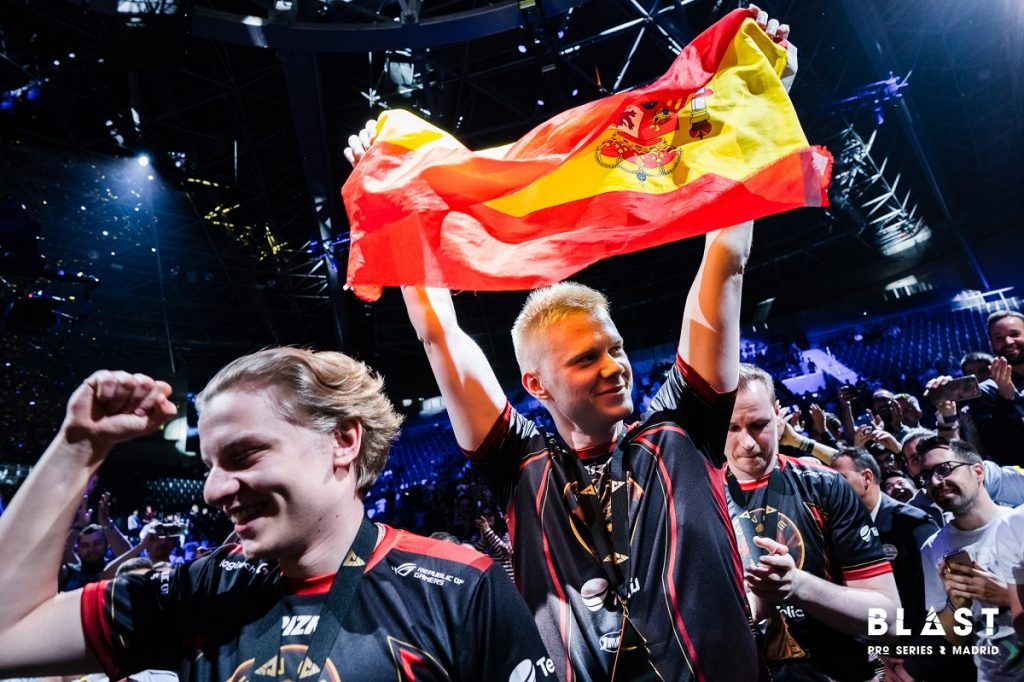 Jani “Aerial” Jussila led ENCE to a 2-0 win over Astralis to claim the BLAST Pro Series crown in Madrid, snapping their rival’s 31-game win streak on Nuke in the process. Image via BLAST Pro Series.

ENCE have claimed their first CS:GO title of 2019, after defeating Astralis at the BLAST Pro Series Madrid across two maps, including a 16-9 win on Nuke.

Astralis had been undefeated on 31 straight LAN appearances on Nuke, and was just a single victory away from leveling the all-time longest streak held by Ninjas in Pyjamas (32-0). ENCE had left Nuke up for the Danish favorites, a move that many believed had sealed Astralis’ victory in the Madrid decider.

It was a stroke of genius, however, as the Finns dominated the opening half dozen rounds of their CT side and took an 11-4 lead into the half-break. ENCE closed out the first map win in style, with Jani “Aerial” Jussila leading the way with 104.8 average damage per round.

Astralis looked to have steadied the ship in ENCE’s pick of Train, bouncing out to a 5-0 lead. The Finnish representatives recovered to keep the match as close as can be, with a tenuous 8-7 lead to Astralis.

Catch all the action from Spain in our YouTube playlist: https://t.co/5O97jaAw4d 🎥 pic.twitter.com/gAa49LqqZV

Aerial stood up once again in the final half of the grand final. The team’s entry fragger continued his domination with 25 kills on Train to give ENCE the 16-13 win, and secure tournament MVP for himself in the process. It was the first time he had ever been named a competition’s Most Valuable Player since he first joined the scene with SkitLite in 2017.

The 2-0 win over Astralis also delivers a sweet taste of revenge for the Finnish team. After falling to second place at the IEM Katowice Major at the hands of their Danish rivals, ENCE have now bumped the best team in the world into the runners-up place in Madrid.

The loss of their 31-game Nuke win streak is also a worrying trend. Just a fortnight ago, BIG defeated Astralis on Inferno in the ESL Pro League and ended the side’s 19-game win streak on that map as well.

Overall, it’s concerning results for Astralis fans, especially after missing the last major Intel Grand Slam Season 2 event in Sydney, in favor of this tournament in Madrid. To fall to second at a six-team event after missing the massive battle at Qudos Bank Arena may begin to sour Astralis’ overall legacy. Even worse, without proper practice or results, the Danes could be wasting the best years of their world-class roster.

Astralis are electing to miss the Dallas event. The organization has confirmed they will next appear at the Esports Championship Series Season 7 finals in London. There, they take face teams like North and Team Vitality at the SSE Arena in Wembley for a slice of $500,000.