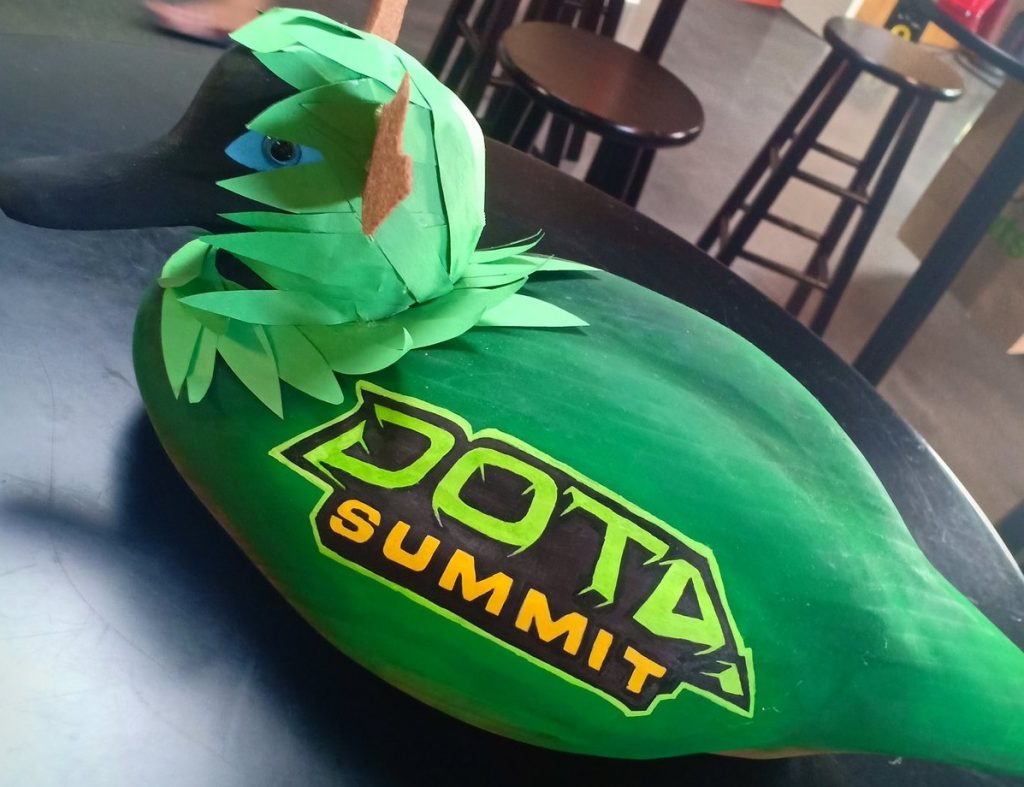 The International 2019 is still over two weeks away, but thankfully for eager fans, Dota Summit 10 was here to sate appetites until the big event. Over the past four days, Beyond The Summit’s (BTS) casual, uniquely-produced tournament gave us the chance to enjoy top-level competitive Dota 2, with a healthy helping of comedy and shenanigans thrown in for good measure.

And while the tournament itself may not have been the most competitive affair, with Alliance handily beating almost all comers with ease, it was definitely an amazingly entertaining event overall. This was in no small part because of BTS’s revolving cast of hosts and commentators, including Grant “GranDGranT” Harris, Mason Venne, Brian “BananaSlamJamma” Canavan, and Kim “Febby” Yong-min, as well as many others. Throughout the weekend, the broadcast team perfectly set the tone of the event. They parodied over-the-top casting by being even more over-the-top and weaved in skits and comedy segments between the match schedule.

Living up to the reputation of its predecessors, Summit 10 was full of memorable moments in-game and out. From GranDGranT’s push-up fails, and the so-called “UberEats food fight challenge,” to Febby’s Juggernaut cosplay, there was hardly a dull moment between matches. And when games started, we still got to see amazing outplays, and clutch engages all round.

One of Summit’s most unique elements is the seamless blending of their sponsorships into the entertainment. This year the main sponsors were able to facilitate some amazing moments including fan messages sent with food orders, a fast-food Dota draft, complete with picks and bans, eating competitions, and cut-away sketches.

Don't let your imagination hold you back. Hear everything and more with the wireless @SennheiserGamer GSP 670. #DotaSummit

Alliance Won, In and Out of Main Event

Comedy skits aside, in the tournament proper, Dota Summit 10 was very much “the Alliance show,” as the European team handily won almost all their games on the way to finals. Facilitated by the abysmal play of the North American representatives, J.Storm and beastcoast, Alliance swept through the best-of-two group stages with just a single loss. This dominance even extended beyond Dota 2 to the in-house ping pong games where, according to some of the player’s interviews, the team remained undefeated. When they weren’t easily beating their opponents in any game available, Alliance took time to commentate on matches, the whole team sitting down on Friday to give the usual casters a break.

After starting off their casting shift with a birthday celebration for Michael “miCKe” Vu, the team’s time in the spotlight gave us some brilliant insight into the personality of the players. With their hilariously biased commentary, the squad gave nuggets of wisdom such as “I’d crush this lane,” “picking blue heroes counters red heroes, because water puts out fire,” and “Just because we throw a lot of games, doesn’t mean [Team Serenity has] to. They’ll get to our level eventually.”

The only real resistance to Alliance’s dominance at Dota Summit 10 came from paiN Gaming. The team had a successful group stage, and even manage to take a series off Alliance in upper bracket final on Saturday. PaiN had just recently come away from a heartbreaking loss in the finals of the TI9 South American Qualifiers, and Summit looked to be their chance for redemption, proving that they could handle TI-caliber teams. But this wasn’t to be. After a brief trip to the lower bracket finals, Alliance obliterated paiN in their rematch. The squad secured victory in the tournament, having only dropped a single series to paiN Gaming, and just three games during the whole event.

Although this wasn’t an altogether “serious” tournament, Alliance looked fantastic against top teams, and will have a lot of momentum going into TI. Beastcoast and Complexity have both been consistently middle-of-the-pack throughout DPC qualifiers this year, and J.Storm and paiN narrowly missed out on TI qualification. To perform so well against these teams, and to do so in such dominant fashion, is an excellent sign for Alliance.

We are your #DotaSummit 10 Champions!🎉🎊🎉

We take game 3! We get the clean 3-0 sweep and most importantly we claim the magnificent duck trophy! 🏆🦆#LongLiveAlliance #ALLfam pic.twitter.com/qiXL9IhtZ2

But moreover, Dota Summit 10 highlighted the personalities that make-up Alliance’s humble and self-deprecating roster. Their appearance at the event and their decisive victory there has earned them more fans and followers as the team begins their campaign for success at TI9.