Dashy Temporarily Out, ZooMaa in for OpTic Gaming 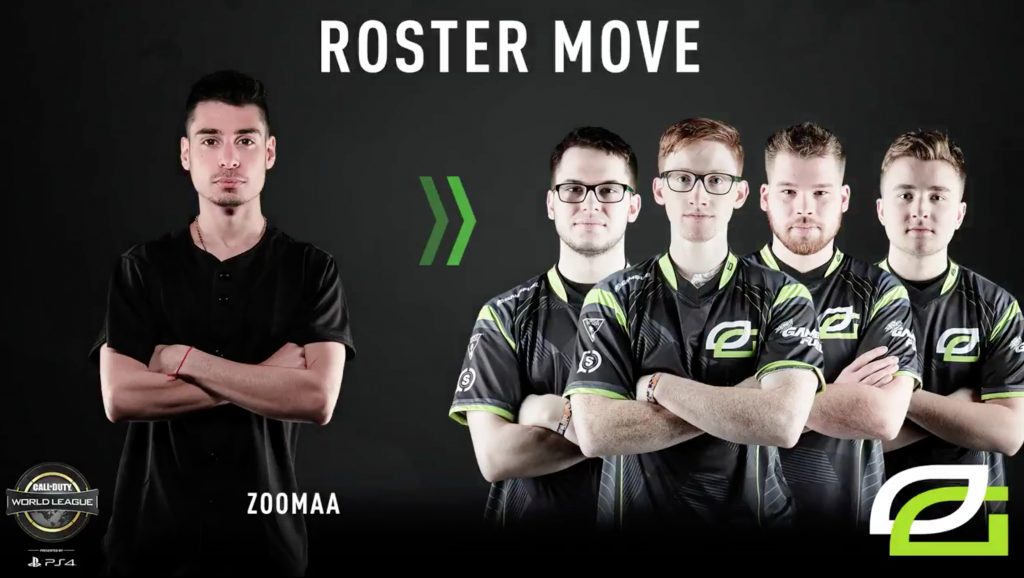 OpTic Gaming may be the favorites after winning CWL Las Vegas, but the squad will debut tonight without their MVP player, Dashy.

OpTic Gaming may be the favorites after winning CWL Las Vegas, but the squad will debut tonight without their MVP player, Brandon “Dashy” Otell. Confirmed on the CWL official Twitter, substitute player Tommy “ZooMaa” Paparatto will fill in.

#FaZeCOD: @ZooMaa is set to fill in for OpTic on a temporary basis over the first two weeks of CWL.

Any changes to that schedule will be announced here

ZooMaa’s on loan to OpTic as their substitute for the season. He’s signed to FaZe Clan who confirmed that he’ll be playing with OpTic for the first two weeks of the season. As a reminder, the eight teams of Division A will play for two weeks, then Division B’s eight teams will follow with two weeks of action before there are some cross-Division matches. This means it’ll apparently be at least four weeks before Dashy will join OpTic.

A schedule for the first six weeks of CWL is available on the Call of Duty website.

Tune in today for the CWL’s kick-off at 6:00 pm EST with Red Reserve vs. Reciprocity followed by OpTic Gaming vs. Midnight.