Daigo Umehara, Fuudo and others teamless as Cygames Beast Disbands 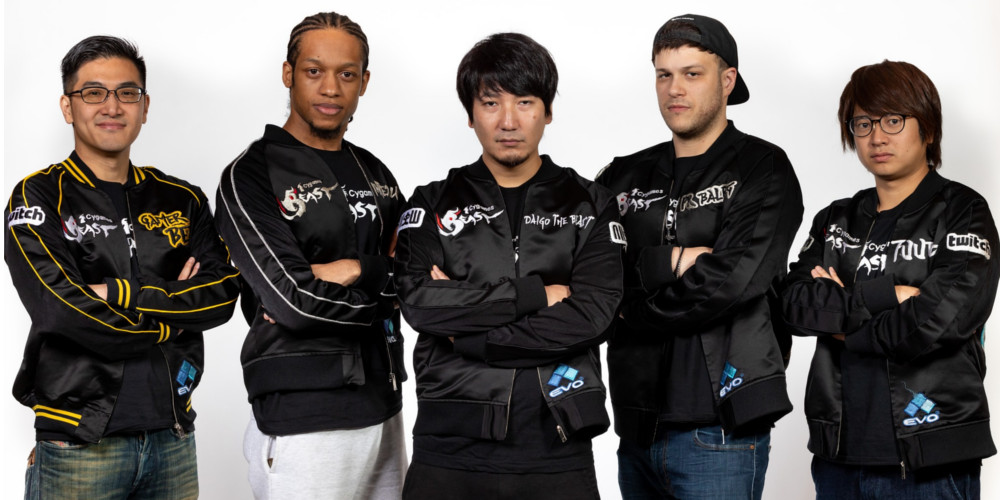 All Street Fighter V players have been dropped from the Cygames team. (Photo courtesy Cygames)

One of the most legendary rosters ever put together in the Street Fighter V era has been disbanded. Daigo Umehara, Eduardo “PR Balrog” Perez, Keita “Fuudo” Ai, Bruce “GamerBee” Yu-lin Hsiang, and DC “Infexious” Coleman have all become free agents, effective immediately.

“Under these circumstances, continuing to sponsor players could lead to conflicts or disturbances to the players’ future activities which would go against our said goal of supporting them and the fighting game community as a whole,” Cygames said in their press release, as translated by Eventhubs. “In order to avoid such situations, we have decided to cease our sponsorship activities.”

There’s also the not-so-small issue that their team of players all played Street Fighter V from Capcom, and would directly promote their rival.

Other sentiment in the community points to a majority of the fighting game people on the business side of Cygames have all departed the company. This may explain why Cygames is not listed as a title sponsor on this year’s edition of the Evolution Championship Series, despite them doing so for the past few years.

All the people who managed and championed the FGC efforts from within Cygames are gone. Why do we see ASW handling the marketing/tour aspect of GBVS? Here's your answer. Their (company) focus is on other things. I don't blame them, because their other things generate way more.

The move came as something of a shock to the Street Fighter community, especially as Daigo has been streaming more lately and creating more content. Either way, with the Capcom Pro Tour about to kick off in April, the market just got a lot more interesting for prospective teams.

Every player on this list (with perhaps the exception of Infexious) has multiple top eight finishes at Evo under their belt in various titles, and could easily be attractive pickups for those looking to make a splash in 2020.