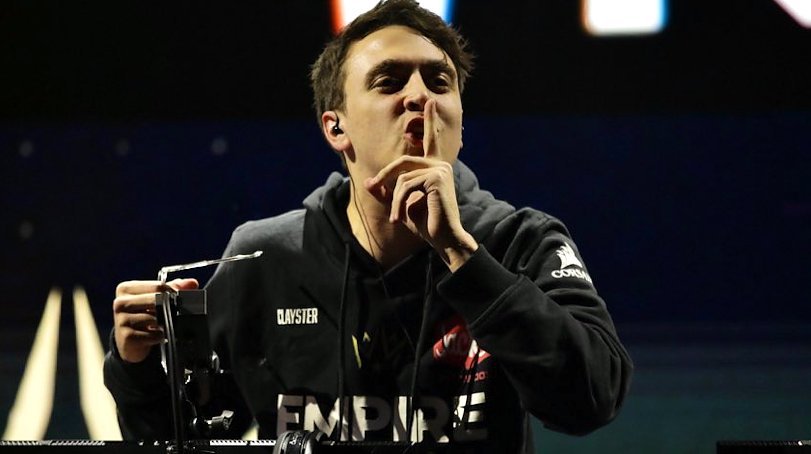 Three-time Call of Duty world champion James “Clayster” Eubanks announced on Tuesday that he is a restricted free agent for the Call of Duty 2021 season. Clayster won the inaugural Call of Duty League championship with the Dallas Empire and cemented himself as one of the world’s best players.

The Call of Duty League recently announced that the 4v4 format would return in Call of Duty: Black Ops Cold War season, which is great for fans and competitive play but guarantees a player from each team will be dropped or benched. Clayster is one of the first players to announce that their team decided to go with the four other players. However, Clayster holds no negative feelings towards his former teammates and organization.

“I genuinely hold nothing against the org or the players,” said Clayster. “Shoutout to everyone over on the Dallas Empire for making it feel like home. I was beyond happy to represent Texas and live my legitimate childhood dream, and I can’t thank all the staff and players from top to bottom for making it feel like a family. I really have never been accepted to a huge org like I was at Envy ever since I moved here. I, for real, love Porter, Cuyler, Inder, Ant, and Ray beyond belief.”

Clayster did express his disappointment with being the player dropped from the roster, especially with it happening so soon after winning Champs. He also confirmed that he has no intention of giving up and believes he is the best he has ever been and is ready to go after a third consecutive championship.

“I’ve never been more motivated and had my fire fueled like this. I’ve won six tournaments in two seasons, with three seconds, and two rings. Going to put my everything into trying to 3-peat next year, and I hope I still have some of y’alls support.”

Dallas Empire coach Raymond “Rambo” Lussier expressed his disappointment on dropping Clayster from the team, especially after winning a championship. The decision was tough but necessary, and the team made their choice early to give the player dropped enough time to find another team or explore other options.

Clayster won back to back championships in 2019 and 2020. He won with eUnited in 2019 before the franchised Call of Duty League was created, where he eventually joined the Dallas Empire. Dallas established themselves as a powerful team early in the season and beat the Atlanta FaZe in the grand finals.

With a proven track record and clear talent, Clayster will likely find a home soon. This is not the final player we will see dropped from a roster, as every team must make a difficult decision before the 2021 season.