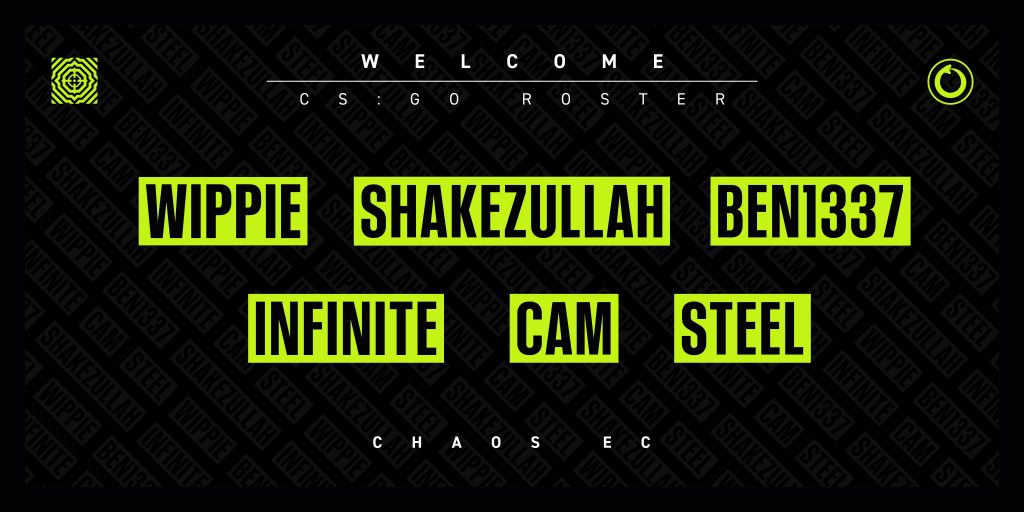 Chaos Esports Club has announced their re-entry to the Counter-Strike: Global Offensive scene. This time, they have signed the North American roster of Ben’s Anime Team.

After searching for the perfect fit, we are happy to announce our return to CSGO

Chaos EC’s previous CS:GO teams were both Swedish squads. They played from May 2018 to September 2019 when they reformed as Japaleno.

Their new squad is made from the core of the former Team Singularity roster that was released in early October. Ben “ben1337” Smith, Cameron “cam” Kern, and Alan “Shakezullah” Harderman were joined by Gage “Infinite” Green from Swole Patrol and Josh “steel” Nissan formerly of Ghost Gaming. Their final player, Maxim “wippie” Shepelev, was picked up later in October.

Recently, Ben’s Anime Team attracted attention by placing 2nd at the World Electronic Sports Games Closed Qualifier. They also placed 3th-4th at the DreamHack Atlanta Closed Qualifier, which was barely out of range for advancing. They were also invited to the Main Event anyways after Cloud9 declined their invite.

Now under the Chaos EC brand, they hope to show their potential later this week. DreamHack Atlanta begins on November 15 and will feature stiff competition in the form of CR4ZY, Heroic, and more. Chaos EC certainly wants to prove themselves to be a rising force in the North American CS:GO scene.