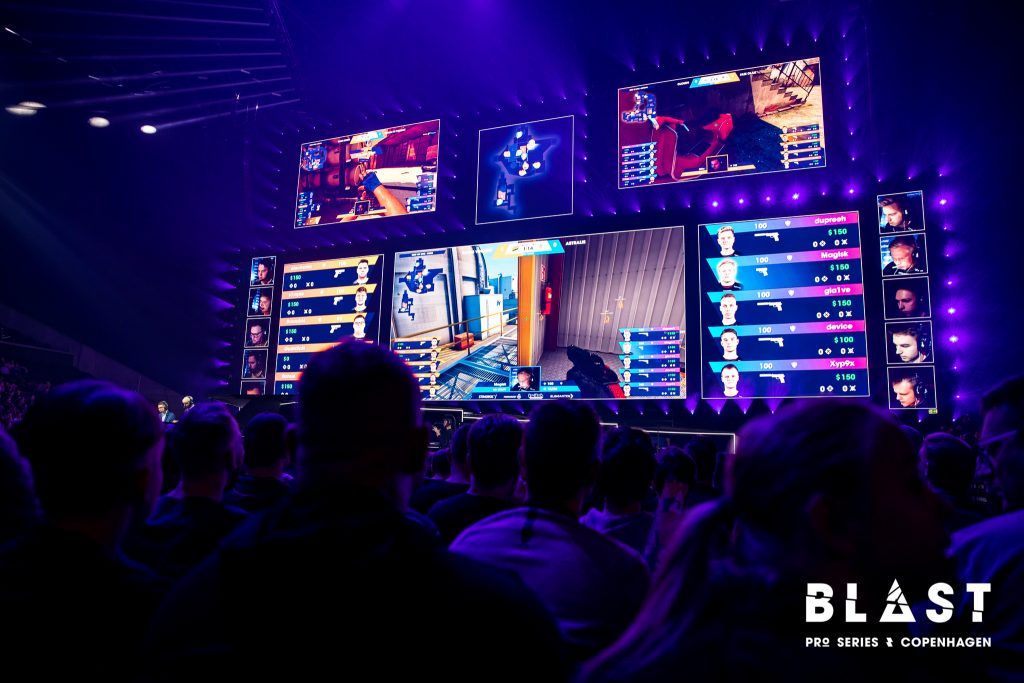 Continuing December’s busy Counter-Strike: Global Offensive streak, the BLAST Pro Series Global Final begins December 12. The top four teams from the BLAST Pro Series Regular Season will meet in Riffa, Bahrain to compete for a $500,000 prize pool and the title of BLAST Champion. Most of the attendees are heavyweight teams looking for another trophy in their already expansive collections.

The four teams have been seeded into a double-elimination bracket based on their Regular Season points. All matches will be best-of-three. The bottom two teams will play in the BLAST Pro Standoff, while the top two will compete for the $350,000 first-place prize.

The four teams present at BLAST Finals are:

Each of these teams performed well during the Regular Season, earning over double the points of the fifth and sixth place teams of Natus Vincere and MIBR. In addition, every team except for NiP won at least one BLAST Pro Series event this year.

FaZe Clan have been getting used to their rebuilt roster featuring Marcelo “coldzera” David and Helvijs “broky” Saukants. Recently, the team has looked much better than they did initially. FaZe’s new roster is finally starting to gel together, resulting in a win at the final BLAST event in Copenhagen in early November. While their ESL Pro League Finals performance was slightly disappointing, this roster still has a high ceiling if they show up hot.

Team Liquid haven’t won a tournament ever since IEM Chicago in July. For a team as successful as they were during the Spring and Summer, the back half of the year has not been kind. That said, Liquid are still playing some quality Counter-Strike. Their recent runner-up at ECS Finals and top six Finish at ESL Pro League Finals were both caused by losses to top three ranked teams. Liquid hopes to end their trophy drought before the end of the year.

Astralis may only be the third seed, but they are still the favorite to take BLAST Finals. The Danish super team has been looking incredibly strong ever since their win at the StarLadder Berlin Major in September. Just recently, they won IEM Beijing and the ECS Finals in succession. While their hot streak was interrupted by mousesports at the ESL Pro League Finals, Astralis are still the CS:GO giants that every team is scared of.

The final team is Ninjas in Pyjamas. While their point total is very close to the rest of the field, they are the longest shot to win the event by far. They’re not a bad team, they just haven’t had the same level of success as their peers at BLAST. NiP’s recent tournaments have all ended with top-six or top-eight finishes, aside from the six-team BLAST events. Their one possible edge is that all of the other teams present at BLAST Finals are coming off of the ESL Pro League Finals. NiP’s extra preparation time could prove invaluable.

The three-day event begins on December 12 at 7:00 a.m. EST on Twitch. The initial matchups are:

FaZe Clan vs Ninjas in Pyjamas

The Grand Finals will be on December 14 at 12:00 p.m. EST. Tune in to watch the conclusion of the 2019 BLAST Pro Series, and check back at Hotspawn for more CS:GO coverage.