BLAST Pro Copenhagen: Can C9 or Na’Vi Make It? 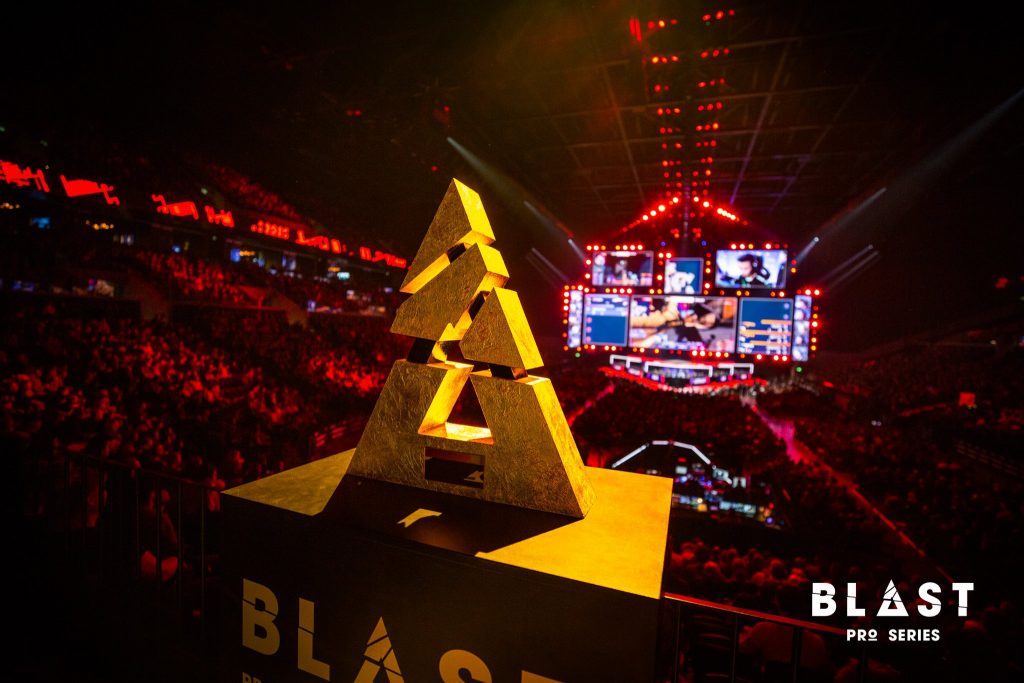 Copenhagen will be the last stop in the BLAST Pro Series before the Global Finals. (Image via BLAST Pro)

BLAST Pro Series: Copenhagen kicks off this Friday and Saturday, November 1-2, bringing in the final stage before heading into the BLAST Global Finals in December. Attending the event are six of the seven teams in the BLAST Pro Series 2019 league. This is the final time teams will be able to cement themselves in the top four of the Global Circuit, earning themselves access to the Global Finals. For some, this tournament is about trying as hard to make it the BLAST Global Finals, while for others, it’s about re-cementing themselves as a top team on the world stage.

In the BLAST Pro Series standings, Ninjas in Pyjamas holds onto fourth place with 16 points, followed by MIBR in fifth with 12.  Natus Vincere and Cloud 9 are tied in last on 6 points. MIBR is not attending this tournament, meaning they are out of the race. However, it is still possible for Cloud9 or Na’Vi to make it to the Grand Finals.

Both Natus Vincere and Cloud 9 sit last on 6 points, whereas NiP has 16 points. In the unlikely event that NiP finishes in last place and either C9 or Na’Vi take first place, there will be a tie for fourth-place. It is currently unclear how exactly the tie-breaker process will work, but it will make the event interesting if a tie does come to fruition.

Despite this exciting possibility, the reality is extremely unlikely. NiP is on the resurgence since their roster moves post-Berlin Major. In recent events, such as StarSeries & i-League Season 8, NiP performed well given their new roster status, even beating Evil Geniuses early in the upper bracket. NiP finished the tournament seventh-eighth, which isn’t a bad ending considering how good teams were at the event.

In comparison, Natus Vincere finished last place at StarSeries last week, which is shocking given their current circumstances. Although, Na’Vi does seem a bit hit-or-miss now, given their first showing at DreamHack Masters Malmö 2019 had them finish top four. It seems unlikely that NiP will finish sixth given their consistency and promise right now, the same way that Na’Vi winning the tournament doesn’t look reasonable.

As for Cloud9, the team has gone through several iterations since their Major-winning team in January 2018. Since then, the team has capitulated, been tore at, rebuilt and dissembled every other month. The roster will once again feature new talent wearing the jersey. Given the team’s trends as of late, it seems like they will be sixth place at this tournament, unfortunately.

Team Liquid has already secured themselves their spot in the BLAST Global Finals, as early 2019 was their era.  However, the team has faltered since the player break in the summer. So far, they failed to take the StarLadder Berlin Major 2019, which pundits said was theirs for the taking. Furthermore, they fell off at ESL One New York 2019 and DreamHack Malmö and, since then, have not attended events. This is the first time in a few weeks we will see the rested Team Liquid. Whether the Team Liquid of old will turn up is the real question, as they need to reaffirm themselves as North America’s number one now that EG has taken that spot.

Ok #Copenhagen LETS GET INTO IT 🗺️💥

This time next week, teams will be getting ready to smash through Rounds 1 & 2 in the Royal Arena.

Astralis, too, is in a similar situation. Astralis seem to be on the rise after their team slump post-IEM Katowice Major 2019. Since the player break, they won the Berlin Major and took second at ESL One New York, showing the world they are back. Although, Astralis are not the best in the world just yet since the Evil Geniuses run over the last four weeks is taking the scene by storm. Astralis need to remind EG that they are the rivals as the two build their momentum up, and there is no better way to demonstrate that than by defeating everyone else in Copenhagen.

FaZe Clan are in a tricky situation. The team has fallen off over the last year or so, losing their identity as the finals-challenging team. The roster has also undergone roster moves, with the changes never putting them back in the limelight. Very recently, FaZe Clan acquired Marcelo “coldzera” David from MIBR, who has not shown up for FaZe Clan in the way the world hoped. Since the roster has been quiet as of late, this may be the opportunity to show a working formula and dominate the event.