A History of Esports in Higher Education 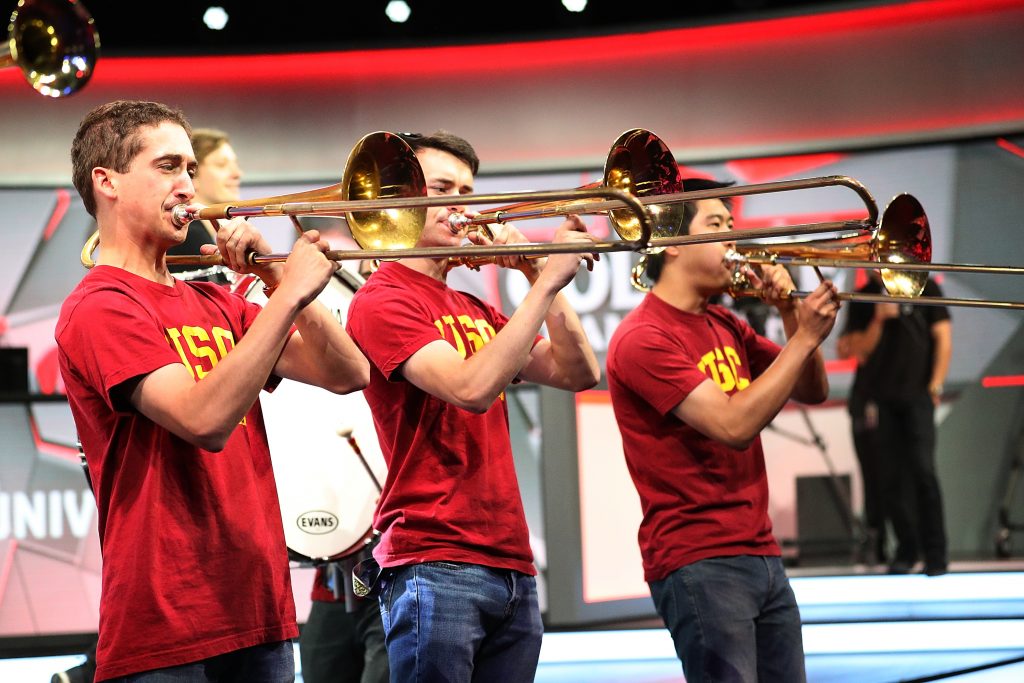 The first varsity esports program at an American college began in 2014 when Robert Morris University created scholarship-sponsored League of Legends team; but the history of esports in colleges dates back much further, to the very beginning of competitive video games

In 1972 the first recorded video game competition was held at Stanford University. The students were playing a game called Spacewar! and the prize for the tournament was a year’s subscription to Rolling Stone.

When esports experienced its first big push with the rise of online gaming in the 90s, the majority of competitors were attending college at the same time. The combination of extra free time – compared to a full-time job – and a massive group of willing competitors has made college the breeding ground for esports professionals. To this day the average age of esports professionals in most games falls between 20 and 24, prime college age.

Now students in over 50 American universities have varsity programs with school-dedicated resources. Many more are members of club programs that function with varying degrees of administration support. Teams from colleges all over the country compete in sanctioned leagues that are often developer sponsored.

Blizzard and Riot have both invested in the collegiate scene through programs like Tespa and College League of Legends, respectively. In 2013, Blizzard partnered with Tespa – formerly the Texas eSports Association – to provide collegiate tournaments in Blizzard titles Starcraft II, Hearthstone, Heroes of the Storm and Overwatch. Tespa has also partnered with Psyonix to offer Rocket League tournaments.

One of the original Tespa games was League of Legends (LoL). LoL helped catapult Tespa onto the scene as a leading organizer in the space back in 2014. Soon after, Riot announced it would be taking all of the collegiate LoL competitions in-house.

Riot’s goal is to have colleges treat LoL like “schools treat existing sports.” To do that, Riot developed a revamped framework for 2018 transitioning away from uLoL and to the more formal “College League of Legends Championship.” 2018 saw over 300 schools compete before the University of California Irvine (UCI) came out on top.

In addition, there are third-party organizers like Starleague that holds competitions in games in just about every conceivable genre. Starleague is separated into high school and collegiate levels and was one of the first tournament organizers creating opportunities for competition intertwined with education. Some of the first varsity programs offered scholarships with the stated goal of attracting High School Starleague players.

With time more schools will bring varsity programs on board, as it has proved to be a valuable recruiting tool, but for now, the collegiate esports scene has a lot of moving parts and no clear organizing body like the NCAA. Esports in education doesn’t stop in college, esports initiatives have extended into high schools and down through a variety of programs.

While many esports pros are college-aged, some of the top players in different games have been as young 15 years old (JSTN was born August 5th, 2002). So it makes sense that high school leagues have appeared supporting esports at foundational levels.

There’s the high school esports league (HSEL) that provides a framework for schools to compete against each other. HSEL awards scholarships as prizes and provides stats and other resources for club organizers. They have schools in 49 states with Sydney High School sitting just a couple miles from the North Dakota border, the only state missing.

While HSEL is simply just a competition organizer, the North American Scholastic Esports Federation (NASEF) has taken esports organization into the classroom. NASEF began as the Orange County High School Esports League but took on a new name to reflect an expanding program. What is unique about NASEF is that the organizers – led by UCI and the Samueli Foundation – have developed an esports curriculum for four years of English classes in California high schools. Gerald Solomon, director of the Samueli Foundation, has loftier goals:

“We have created the framework so it can be embedded in an English – Language Arts program in a high school, in an after-school program, in a girl scouts or boy scouts troop, in a junior college, in a YMCA,” Soloman said.

UCI has been mentioned twice in this article already. That’s a testament to their extensive research and investment the university has made in esports. Constance Steinkuehler is a professor at UCI and previously served as Senior Policy Analyst in the Office of Science and Technology Policy at the White House Executive Office during Obama’s presidency. Now she is one of the lead researchers studying the overlap of academics and esports for a research paper that will be published this fall.

While the school leads the way in academics, the varsity program secured its most substantial victory to date in the 2018 College League of Legends Championship. In winning that tournament the school helped pay off the unique investment the university made in creating the first Esports Arena on a college campus. With 3,500 sq. ft. and 72 top-of-the-line computers, UCI’s arena is the first of its kind, but after UCI’s success, it won’t be the last.

Robert Morris University is a pioneer. RMU was the first school to introduce an esports varsity program way back in 2014. The goal for the university was specifically to recruit League of Legends players but since then the varsity program has expanded to competing in CS:GO, Heroes of the Storm, Dota 2, Hearthstone, Overwatch, and Smash Bros.

That wide variety of games makes RMU’s varsity program one of the most expansive in the nation. Still, most of the universities success has been in its original game, League of Legends. While the school hasn’t won the championship, it’s consistently one of the final programs and has been eliminated by the eventual champions twice.

After introducing scholarships RMU reached the final of the LoL College Championship where it lost to Canadian Powerhouse University of British Columbia (UBC). The next year, RMU qualified again but again lost to UBC. The year after, RMU came up against Maryville, the eventual champions, and came up short once again.

Still just being on that stage with such consistency is something to be proud of and RMU’s early investment in esports has solidified the Universities place as one of the leaders in the country.

The University of Utah stands out among all esports varsity programs because it is the only one from a “Power Five” conference. The Power Five, or P5, is a term from traditional collegiate athletics representing the conferences with the largest and most successful schools. They are the Pac-12, the Big Ten, the Big 12, the ACC and the SEC. Utah is a member of the Pac-12, after leaving the Mountain West Conference in 2011.

The Pac-12 has an interesting history with esports after commissioner Larry Scott declared conference support for esports back in 2016. “E-sports (that hurt to type) is a natural fit for many of our universities located in the technology and media hubs of the country,” said Scott in a press release. “Pac-12 Networks’ commitment to innovation as well as its natural tie to our universities and established media platform make it the perfect organization to develop the framework for e-sports intercollegiate competition.”

After that initial support, the conference went quiet. School administrators brought up concerns with amateurism and Title IX, both valid issues, but also ones that persist in traditional sports. According to Kotaku, the Pac-12 had partnerships in place with publishers Riot and EA, sponsors Intel and DMG, and production partner ESL. Big names, but the partnership eventually came to naught.

In response, 11 of the 12 members schools joined together to create the PACG, a formalized league that operates without conference support. Led by Utah’s varsity program, the PACG is unique as an esports league in mirroring a traditional sports conference.

When Utah was in the Mountain West Conference, they were in a fairly heated football rivalry with Boise State. They were the two best schools in the conference and both defied expectations to win BCS bowl games against football powerhouses.

Now the two universities are leading the way in varsity esports programs. BSU competes in the National Association of Collegiate Esports (NACE). NACE is an organizing body that is the closest thing to the NCAA for esports. It provides a platform to get schools into the actual tournaments held by Tespa, Riot and CSL.

NACE claims that over 90% of all varsity esports programs in the country are partnered but some of the largest, like UC Irvine and Utah, aren’t members. Among the schools that are enrolled, BSU is likely the most household name. Robert Morris University, Miami (OH) University and a myriad of technical schools and other smaller colleges join BSU in NACE.

“We believe that (esports) will, in the next decade, be bigger than every college sport besides football and basketball,” said Chris Haskell, an Associate Professor and Director of Esports at BSU. “We have our eyes set on something only a handful of people can see. We want an arena that fills up. Olympic esports athletes coming from our school. Esports broadcasters to graduate and get jobs in the industry.”

Dota 2 League of Legends Other
Share
Mitch Reames
Mitch comes from a background in sports broadcasting at the University of Oregon, while there he competed for the U of O Hearthstone team and saw the potential for content at the crossover of sports and esports. In addition to Hotspawn, Mitch writes for SportTechie and the National Football Post. Follow him on Twitter @Mitch_Reames.
Follow me