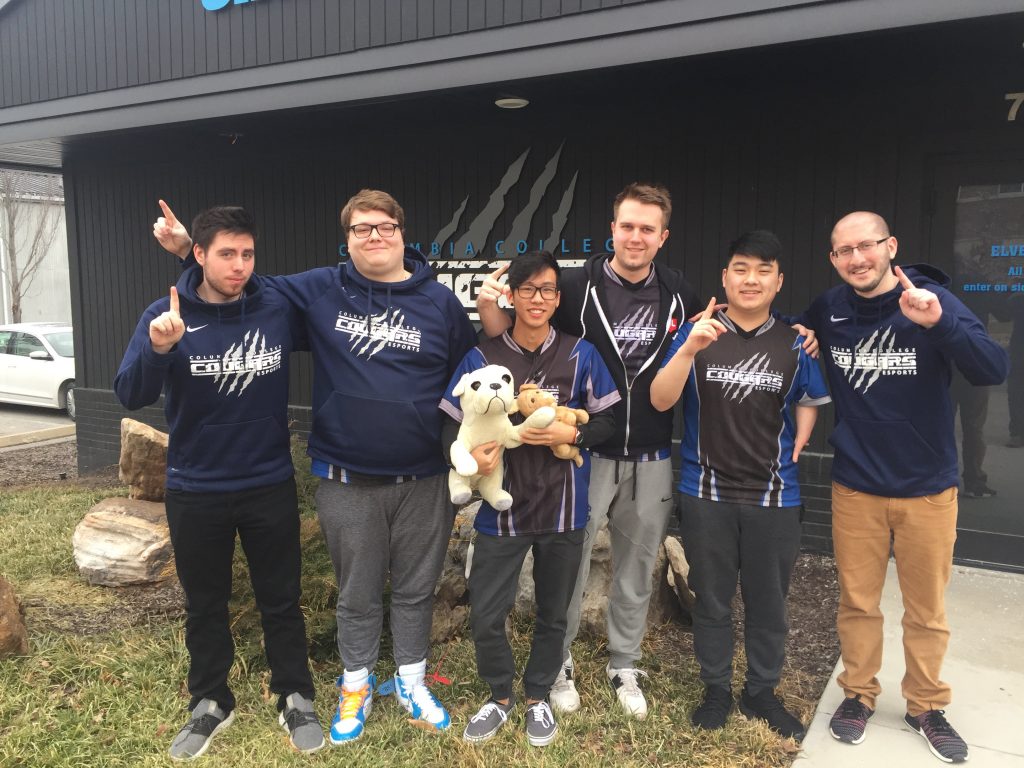 The Columbia Cougars are among our early favorites for qualification to the LoL College Championships. (Photo courtesy of @Cougar_eSports / Twitter)

The runners-up in the North, East, West, and Big Ten Network join the top-two finishers in the South, Big East, East Coast, Landmark, Mountain West, and Peach Belt conferences in the Play-Ins.

The Play-Ins consists of two stages: the Group Stage and the Bracket Stage. In the group stage, teams are split into groups where they play best-of-one round-robin matches against the rest of their group. The top finisher in each group will advance to the College Championship, while the second- and third-place teams will advance to the Bracket Stage.

Historically the East, North, West, and Big Ten Network have performed the best collegiately, so that bodes well for Waterloo, Columbia College, Cal Poly Pomona, and Michigan State. Columbia College, in particular, made it to the 2018 Finals and just missed an auto-berth by dropping an epic 60-minute game five to Maryville in the North Championship. It would be shocking to see them miss out.

UT Austin didn’t drop a series in the South, including a 3-0 win over North Carolina State for the South title. Even in the historically weaker conference, they have shown to be a legit contender in 2019. The Big East and Mountain West have shown quality play as well, so don’t discount any of DePaul, Villanova, San Jose State, or Boise State.

Our early favorites for qualification for the College Championship are Columbia College, Waterloo, UT Austin, and Michigan State based on their body of work over the course of the season. But anything could happen in this pressure-packed Play-In stage, so be sure to follow along!