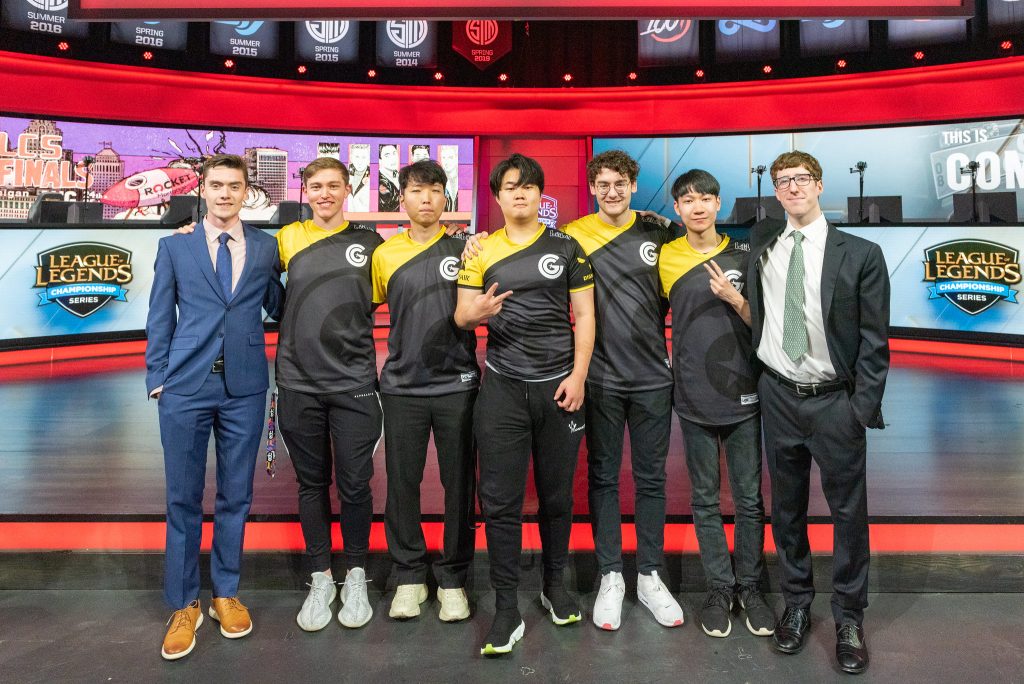 In lopsided victories on the opening weekend of the League of Legends Championship Series (LCS) Summer playoffs, Clutch Gaming beat TSM 3-1 and Counter Logic Gaming defeated OpTic Gaming 3-0. Clutch Gaming will move on to play Team Liquid, while CLG will advance to fight Cloud 9 in the semifinals.

CLUTCH GAMING PULL OFF THE UPSET

Clutch Gaming continued the momentum they built in winning their final three regular-season games by dismantling TSM in a 3-1 win. The first two games were not particularly close, as Clutch Gaming needed only 30 and 28 minutes to close out 12 kills to 5 and 18 kills to 5 wins. TSM fought back to win game three, killing Cody “Cody Sun” Sun for the first time in his past seven games. Cody Sun rebounded from the disaster of dying twice to carry Clutch Gaming to the semifinals with a 10/0/6 Kai’Sa performance in the series clincher.

This team is INCREDIBLE!!!

He and Philippe “Vulcan” Laflamme were fantastic for Clutch Gaming, but they could already be counted on to provide above-average play in bot lane. The crucial performances came from top laner Heo “Huni” Seung-hoon and Tanner “Damonte” Damonte, both thought to be weaker than their TSM counterparts. Huni was more impactful than Sergen “Broken Blade” Çelik during the series despite playing melee matchups into Kled and Vladimir in three of the games. Damonte more than held his own against Søren “Bjergsen” Bjerg, including several game-changing ultimates in a 5/0/8 Qiyana performance in the game 2 stomp.

On the whole, Clutch Gaming were more organized as a team and reaped the rewards game after game. CG secured Rift Herald in every game, always making sure to secure it before the turret plates dropped so they could cash in. Cody Sun played incredibly well, but his team always put him in positions to succeed in fights, keeping him safe from constant flank attempts by Broken Blade until he could clean up on the TSM retreat.

Clutch Gaming have their work cut out for them in the semifinals against Team Liquid. TL boast all the individual skill of TSM, but combine it with best team play in the LCS.

WHERE DO TSM GO FROM HERE?

TSM are a team without a direction. After going up 2-0 against Team Liquid in the 2019 LCS Spring Finals, they flamed out in the opening round of the Summer playoffs against a Clutch Gaming team who ended the regular season a combined 0-8 against the top four teams. Considered one of the “Big Three” earlier this season with Team Liquid and Cloud 9, TSM now will need to win multiple games in the gauntlet to make an appearance at the 2019 World Championship.

The abrupt decision to switch to Mingyi “Spica” Lu for the final week of the regular season and playoffs didn’t pay off, but it’s hard to put the blame on Spica. TSM were already looking very shaky in the second half of the season, and the previous junglers Matthew “Akaadian” Higginbotham and Jonathan “Grig” Armao had not set a high bar for performance. That doesn’t make it any less bizarre that TSM discarded Akaadian only two weeks after declaring him their starting jungler for the rest of the season, doing so with such conviction that Spica is the only jungler on the roster for the postseason.

If there is a silver lining for TSM, they now get four weeks of practice to solely focus on preparation for the gauntlet. They very likely won’t need to prepare anything for Team Liquid and can commit 100% of their scrim time to Spica going forward. The additions of Edward “Tactical” Ra and Erik “Treatz” Wessén to the postseason roster also suggests they may have a role to play, but Jesper “Zven” Svenningsen played well in the Clutch Gaming series, including picking up a game-turning penta kill on Xayah in game 3.

TSM can’t be counted out yet, but they have a lot more time to prepare for the gauntlet than they anticipated by getting crushed by Clutch Gaming.

ARE CLG THE FAVORITE FOR THE THIRD LCS WORLDS SPOT?

With all due respect to the rest of the LCS hopefuls, Team Liquid and Cloud 9 are both big favorites to advance to the 2019 World Championship. But with TSM’s large decline in the Summer Season, the door has been thrown wide open for the third spot in North America. Counter Logic Gaming should be considered the favorite to qualify after their quick sweep of OpTic Gaming in the quarterfinals.

Sure, they struggled in game 1 of the series, but that seemed like more of a team composition issue than the way the team played. CLG lacked any form of engage and were punished early by OpTic, not to mention the unfortunate RNG that spawned double infernal and double mountain drakes in the first four dragon spawns. But even though they had to bend and surrender multiple barons and inhibitors, CLG never broke. Summer jungling sensation  Raymond “Wiggily” Griffin found the opportune picks and CLG finished the series with ease after showing their ability to play from behind in game 1.

CLG don’t play an aggressive style, save for new addition Kim “Ruin” Hyeong-min, but their methodical play has been more than enough to get results in the LCS. Whether their playstyle would hold up internationally remains to be seen. Team Liquid had to ramp up their playmaking in the early game in order to compete against teams like Invictus Gaming and G2 Esports, so it stands to reason CLG would have a lot of work to do in that area. Regardless, CLG look to be the best of the rest in the LCS with a month to go before the gauntlet begins.

OPTIC’S SEASON COMES TO A CLOSE

With their loss in the opening round of the playoffs, OpTic Gaming received only 20 Championship Points and are already eliminated from participation in the Regional Finals. Though they had an impressive pair of victories in their tiebreaker games to end the season, OpTic Gaming could not convert a triple inhibitor lead in game one against CLG and were mopped up in the remaining two games.

As exciting as it was for OpTic to earn their first playoff berth, this season felt like it was the ceiling for their current roster. OpTic were good but not great, and the signs point toward a retooling of the roster for 2020. Niship “Dhokla” Doshi, William “Meteos” Hartman, and Terry “Big” Chuong are all free agents heading into next year. OpTic figure to try to add more competition around Dhokla and Big, if they opt to try to retain them at all.

Meteos will be one of the more sought after free agents on the market after his excellent 2019 season. While it would be tough to see Meteos go, OpTic still have Joshua “Dardoch” Hartnett under contract through 2020. Dardoch has already proven he has the skill to be one of the top junglers in the LCS, giving OpTic a nice fallback option if Meteos does move on.

Korean imports Crown and Noh “Arrow” Dong-hyeon are the only starting members to remain under contract for 2020. Crown was an MVP candidate for much of the season and is a player OpTic can continue to build around for their next campaign. Arrow was solid, if not disappointing for a player that takes up an import slot. Perhaps a new support could get more out of Arrow and see him regain his MVP form.

The more evenly matched of the semifinal games. Wiggily and Dennis “Svenskeren” Johnsen have been two of the best performing junglers in the LCS, while both CLG and Cloud 9 have been quick to play around their mid laners. However, Ruin is often left on his own while Eric “Licorice” Ritchie receives his share of jungle attention from Svenskeren. CLG will need a big performance from their bot lane to compensate for the expected top lane deficit.

Team Liquid are heavily favored and won both of their regular-season meetings against Clutch Gaming. Having said that, both of those things were true for TSM, and that didn’t turn out well for them. Fortunately for Team Liquid, they aren’t struggling like TSM were to close the season and look poised to make their fourth straight title appearance. Clutch will need “good” Huni, a massive performance from Cody Sun, and a fair bit of luck. And even that might not be enough.