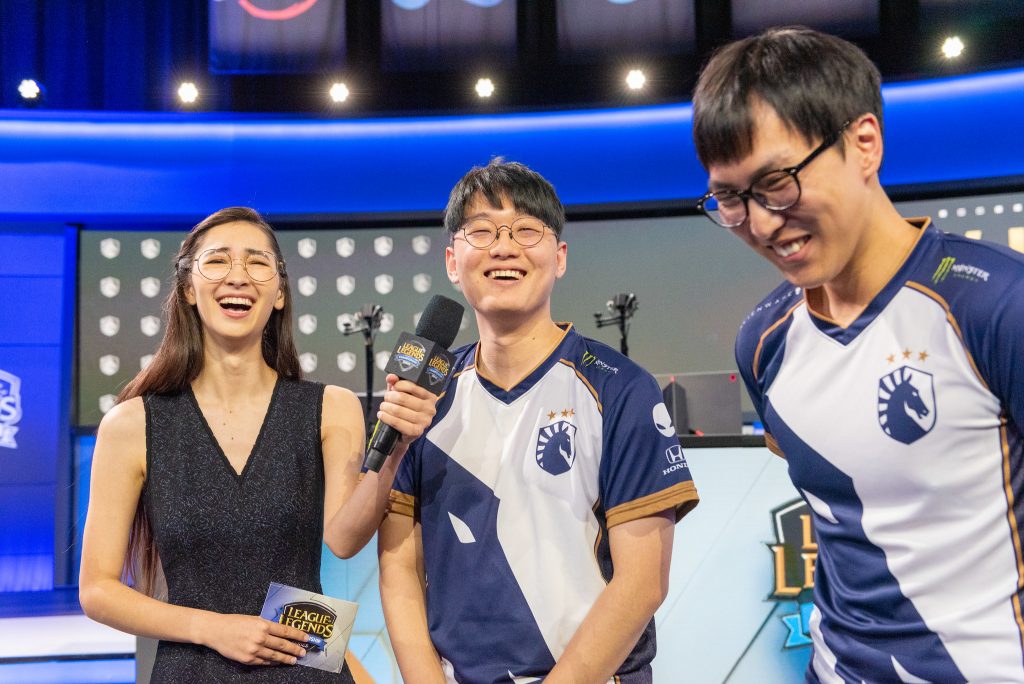 The 2019 League of Legends Championship Series (LCS) Summer Playoffs begin on Saturday, August 10 and will last until Sunday, August 25. Six teams will compete for a US$200,000 prize pool and to be crowned North America’s Summer Season champions at Little Caesars Arena in Detroit, Michigan.

The six participants will compete for three rewards at the LCS Summer Playoff: the $200,000 prize pool, a domestic championship, and 2019 World Championship qualification.

.@OpTicLoL win the tiebreaker and secure the last spot in the 2019 #LCS Summer Playoffs! #OPTWIN pic.twitter.com/pVGXXLFqby

Prize Pool: An often overlooked part of domestic playoffs is the prize pool. While it’s never the main attraction as teams are trying to qualify for Worlds, there are few opportunities for players to boost their income with tournament winnings since Riot Games have eliminated access to third party tournaments. Teams will need to make it past the first weekend to get a piece of the $200,000 prize pool. The prize pool breaks down as follows:

Domestic Championship: While fans of regions are often most concerned with international success, players still feel the pressure of performing domestically. Yiliang “Doublelift” Peng had to hear for years he had never won a trophy, and Nicolaj “Jensen” Jensen cited the opportunity to win his first LCS title as the driving factor in his decision to leave Cloud 9 for Team Liquid.

World Championship Qualification:  As cool as winning a domestic championship is, the ultimate goal is a world championship title, and the first step in achieving that is to qualify for the tournament. The Summer Season is given more weight than the Spring Season because the current form of teams is deemed more important than how they performed earlier in the year.

That is a wrap on the regular season! Thank you for joining us this summer and we will see you next weekend for the first round of the 2019 #LCS Summer Playoffs!

The LCS will use the same playoff format from the 2019 Spring Season. Each series will be a single-elimination, best-of-five match. Fourth-seed TSM will play fifth-seed Clutch Gaming to open the quarterfinals, while third-seed Counter Logic Gaming will face off against sixth-seed OpTic Gaming in the other first-round match.

First-seed Team Liquid will then get their pick of the quarterfinal winners to face in the semifinals. Second-seed Cloud 9 will be left to face with the other quarterfinal winner. The finals will be a best-of-five match on Sunday, August 25 for the championship and an automatic berth to the 2019 World Championship.

Six teams remain, only one will be champion: Who will raise the trophy in Detroit? #LCS

Team Liquid are the odds-on favorite to win their fourth straight LCS title. With the improved play of Jung “Impact” Eon-yeong — arguably their best player since MSI — Team Liquid have no real weakness on their roster. However, it remains to be seen how hungry they are to win another title. They are no longer playing to get Jensen his first title and are almost assured of qualification to Worlds if they pick the right opponent in the semifinals.

Team Liquid have struggled against Cloud 9 this season, losing both games to them after beating them twice in the Spring. A large part of that is the great season Dennis “Svenskeren” Johnsen has had, putting all eyes on Jake “Xmithie” Puchero in the playoffs. He had been NA’s undisputed best jungler for a while, but Svenskeren’s MVP campaign has put the pressure on Xmithie to perform.

Cloud 9 earned the second-seed over Counter Logic Gaming by crushing them in a tiebreaker to close the season. They struggled with consistency in the Summer, but their peaks were arguably greater than in the Spring, as they beat Team Liquid in both matchups this season. Cloud 9 did not lose to any team more than once, so they shouldn’t mind whatever team is left for them to play in the semifinals.

Eric “Licorice” Ritchie is the player to watch for Cloud 9 in the playoffs. Still regarded as one of — if not the best — top laners in the LCS, he undeniably had a poorer season than we’re accustomed to seeing. Much of that can be attributed to the practice and game time he had to miss with a wrist injury, but Cloud 9 will need him to be in top form if they hope to unseat Team Liquid for the title.

CLG are a relatively stable team in that their players are very consistent game to game. Kim “Ruin” Hyeong-min will get farm no matter how many times he gets ganked, Tristan “PowerOfEvil” Schrage will do well on a ranged mage mid lane, and Raymond “Wiggily” Griffin has been one of the better junglers in the LCS after a lackluster Spring. To compete with the top teams, however, CLG will need Vincent “Biofrost” Wang firing on all cylinders. At his best, he’s one of the biggest playmakers in the league and can orchestrate picture-perfect teamfights.

TSM had a poor finish to the Summer Season, alternating wins over their final 10 games after Rift Rivals. After almost sweeping Team Liquid to take the Spring Season finals, TSM took a step backward in the Summer and were unable to recapture their form. The decision to try both Matthew “Akaadian” Higginbotham and Jonathan “Grig” Armao seems to have backfired horribly, as Grig never proved to be a viable option and Akaadian has seemingly lost the confidence he gained in the Spring.

That jungle problem led TSM to a shocking choice: benching both of them in favor of Mingyi “Spica” Lu for the playoffs. Spica is considered one of the most mechanically gifted junglers in the region and was having a great season with TSM’s academy team before being called up in the final week of the season.   Edward “Tactical” Ra and Erik “Treatz” Wessén are waiting in the wings if the struggles of Jesper “Zven” Svenningsen and Andy “Smoothie” Ta continue.

Clutch Gaming turned their 2019 around and have given themselves a chance at World Championship qualification by improving from 5-13 to 9-9 in the Summer. Cody “Cody Sun” Sun has been a big improvement over former ADC Chae “Piglet” Gwang-jin, while Nam “Lira” Tae-yoo has looked more comfortable as well. Clutch Gaming finished the Summer Season on a three game win streak, but were 0-2 against TSM on the season. In fact, Clutch Gaming were a combined 0-8 versus the top-four teams on the season.

To finally breakthrough against a top opponent, Clutch Gaming will need Heo “Huni” Seung-hoon playing at his best. Remember, it wasn’t long ago that Huni was in consideration for the best player in the LCS. He’s quietly had a resurgent Summer Season and still possesses the kind of talent that can carry a team over the course of a series.

OpTic Gaming started the Summer off red-hot, winning their first four games of the season. They didn’t close as strongly, winning only 4 of their final 10 games, but they won both tiebreaker games against 100 Thieves and Golden Guardians when it mattered most. This is OpTic Gaming’s first playoff berth in their history in the LCS. They split their season series with Counter Logic Gaming.

The duo combination of Lee “Crown” Min-ho and William “Meteos” Hartman has been everything OpTic hoped it could be this season, giving them a strong foundation in the middle of the map. Long a weak spot on the roster, their top laner Niship “Dhokla” Doshi stepped up in the tiebreaker games to carry OpTic into the playoffs. The question remains: How effective will he and OpTic be if teams decide to start banning Aatrox and Poppy away from him?

Despite their ups and downs during the regular season, Cloud 9 looked incredible in the final week of the regular season and still possess as high of a ceiling as Team Liquid. If Licorice’s wrist issues are behind him, C9 can match Team Liquid in the solo lanes and Svenskeren is having an MVP season. C9 uses Svenskeren to play through their solo lanes and stops Team Liquid from winning their fourth consecutive LCS title.