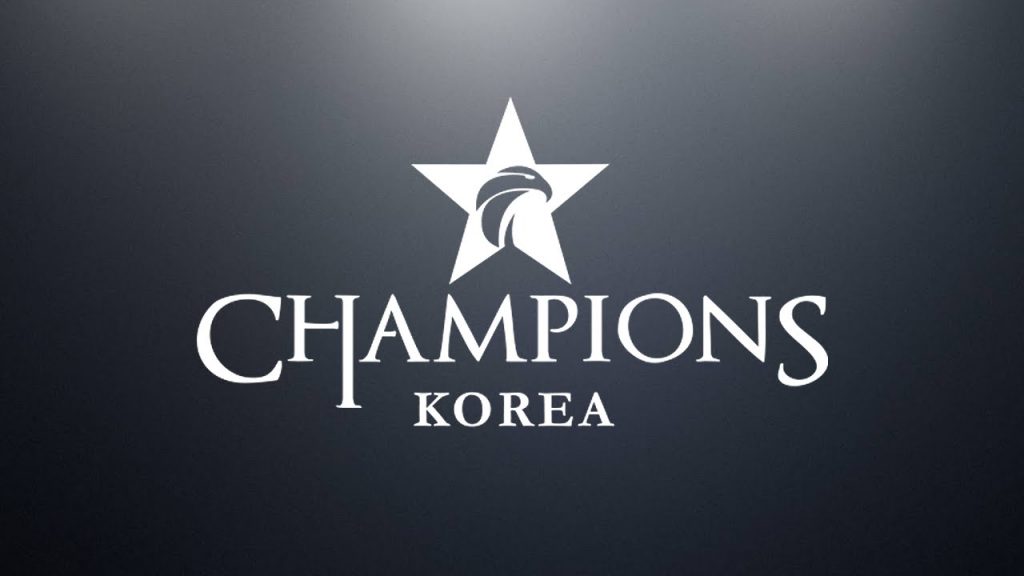 League Champions Korea, known as the LCK, begins their 2019 Spring Split on Wednesday, January 16th. The ten teams will compete in a double round robin, with each match being a best of three. We preview the players and teams you should be looking out for in Korea in 2019.

Korea has a long history of producing elite top lane talent and Nuguri is next in line. As if dominating Challengers Korea along with the rest of his DAMWON Gaming squad in 2018 wasn’t enough, we got a taste of more when they knocked the revamped SK Telecom T1 out of the 2018 KeSPA Cup. Nuguri followed up a dreadful 1/8/4 scoreline on Viktor in the game 1 loss with a perfect 3/0/8 KDA on Aatrox in game 2. Consistency will be key in his and DAMWON’s growth in 2019.

However, Nuguri has shown that he can lane against the best Korea has to offer. His champion pool covers all of the necessary playstyles and he should continue to thrive in a meta that allows laning to be a priority. In a region that boasts Kiin, Smeb, Khan, and CuVee, and Sword, don’t be surprised if Nuguri is mentioned right along with those names going into the 2019 Summer Split.

Faker finally has his team. After spending 2018 in a hopeless situation, SKT arguably has top 3 players in Korea at each position heading into 2019. Khan and Mata need no introduction. Clid played out of his mind in China with JD Gaming last year and should be a perfect fit into the current aggressive meta. Teddy was a one-man show with Jin Air Greenwings and has already shown his potential with Mata in the KeSPA Cup.

With this lineup, SK Telecom T1 will have the ability to play through any lane. While that obviously is a huge benefit, it also comes with the caveat that these players are used to having the team run through them. Jin Air Greenwings played entirely around Teddy in 2018. What if SKT ask Khan to constantly play tanks and sacrifice his matchup in top lane? These probably won’t be problems in the current meta, but how the team adapts if the game slows down and favors less damage dealers will be something to keep an eye on throughout 2019.

There isn’t a bad jungler in the LCK heading into the 2019 Spring Split. The position is absolutely stacked, but there is a consensus top jungler for a reason. Tarzan is that good. He has held the top spot in Korean solo queue off and on throughout 2018 (with Knight of Topsports Gaming in the LPL) in the most competitive region. Pro junglers watch his VODs to study his pathing.

Most times with top junglers, they are known for either their mechanics or their pathing. Players like Peanut and InSec have been known for their incredible mechanical skill, while players like Bengi, Xmithie, and Reignover have been known for out-pathing enemy junglers. Tarzan is the best of both worlds. He creates the best paths to put himself in position to make plays for his team and has the skill to pull those plays off. With Griffin looking unstoppable, Tarzan is the engine that powers the machine.

We saw what Griffin were able to do in the 2018 Summer Split. They promoted to the LCK and finished the regular season tied for 1st with a 13-5 record, lost the Summer Finals to KT Rolster 2-3, and fell just short of a Worlds appearance by falling to Gen.G 2-3 in the Regional Finals. DAMWON Gaming were almost as dominant in Challengers Korea in Summer Split 2018, finishing with a 13-1 record.

DAMWON Gaming then followed it up by defeating the new look SK Telecom T1 in the KeSPA Cup 2-1 before falling to Griffin in the finals. They have the talent, especially on the top side of the map in Nuguri, Canyon, and ShowMaker. It may take some time for them to get up to speed over the Spring Split, but DAMWON Gaming have the best chance of the bottom half teams to make a splash this split.

Team That May Disappoint: Kingzone DragonX

Kingzone DragonX have a really good bot lane. Deft is still elite at his role, and TusiN is right behind Mata as one of the top supports in Korea. After that, the picture is less pretty. PawN is not the player he once was, surely in part due to the toll injuries have taken on him in his career. Cuzz and Rascal are fine players but are squarely in the back half of rankings in Korea at their respective positions.

In years past and in different metas, you could play solely through your bot lane and still do well. However, AD Carries continue to be weaker than they ever have been before, and the fast-paced nature of the meta means that teams aren’t ever afforded enough time to let that player be relevant. Gen.G tried this around Ruler for much of 2018 with better players, and ultimately had a disappointing year given their previous success and expectations. It’s hard for us to envision Kingzone DragonX breaking into the top five in the 2019 Spring Split.

We listed their 2019 achievements earlier when discussing DAMWON Gaming. Griffin ultimately fell short of the top prizes in 2018, but their lone split in the LCK was still wildly successful. Like SK Telecom T1 they have stars in all of their roles, but they also have synergy built up from playing together. That was on display as they dismantled the DAMWONG Gaming team that defeated SKT in the KeSPA Cup. Even more frighteningly for the LCK, Griffin have extended the contracts of all five starters for another three years. Save complacency, this team will be competing at the top of Korea for years to come.

Teams come from out of nowhere, top teams fall apart, and that’s why they play the games. But heading into the 2019 Spring Season, these are early LCK Power Rankings with a quick thought on each team.

SANDBOX Gaming acquired the LCK spot of Team BattleComics for 2019. They had middling results in Challengers Korea but turned it on in the Summer Playoffs and made it through promotion.

It looks to be another rough year for Jin Air Green Wings, as they attempt to establish their core for Summer Split 2019 and beyond.

Hanwha Life have a good bot lane in Key and Sangyhoon, but this isn’t the meta to be bot lane focused. Moojin and the combination of Tempt and Lava will have to do some heavy lifting to make a playoff run.

They have the name value and pedigree of a champion, but you need to be more well rounded against a field as deep as the LCK.

DAMWON Gaming have the ability to move up the ranks if they show they can quickly adapt to LCK play, but for now they sit teetering on the edge of playoffs. They have the most mobility up, and possibly down, in the Spring Split.

Gen.G come in fifth with a great roster, but we have concerns about Fly standing up to the elite mid laners ahead of Gen.G. If he and CuVee perform at their peaks, Gen.G will be dangerous.

Smeb, Score, and Bdd is as fearsome of a top side of the map as you will see in the world. How the bot lane of Gango and SnowFlower stacks up against the rest of the LCK will determine their fate.

The top side of the map is right there with KT Rolster’s, but we slightly prefer Afreeca Freecs’ bot duo Aiming and Jelly heading into 2019, giving them a slight edge for 3rd.

There is no more talented team on paper heading into 2019, and we’ll include Invictus Gaming. SK Telecom T1 still need to prove that they can make it all fit together, as we saw KT Rolster struggle with early in 2018.

The deserved 2019 favorites after their 2018 Summer Split performance and dominance in the KeSPA Cup. While other teams will still be trying to mesh together, Griffin will be looking to build to greater heights in 2019.