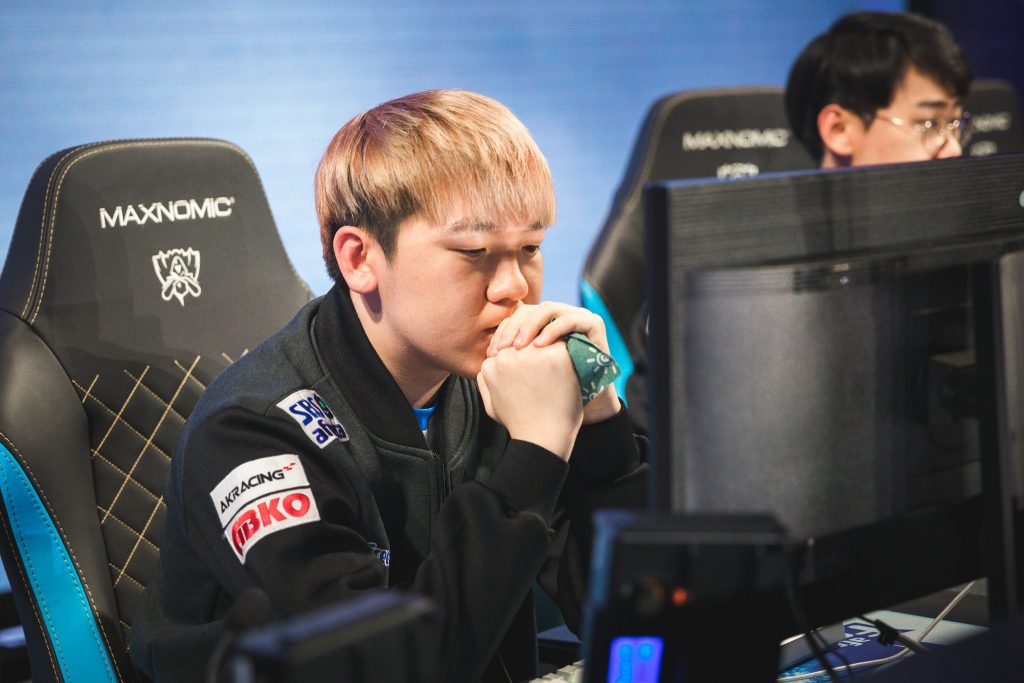 The LCK was supposed to be the best in the world - but Korean teams have struggled opening the group stages.

Day 2 of the Worlds 2018 Group Stage has concluded. Here’s what happened and what we learned about the teams today.

Regarded as the best region year after year, Korea has some work to do as they fall to 1-4 after day 2.

Flash Wolves (2-0) v Afreeca Freecs (0-2): This was a super slow paced game for the first 30 minutes. Flash Wolves had picked up two kills earlier but the gold was near even when Afreeca picked off Moojin’s Lee Sin mid lane. Afreeca started Baron but Flash Wolves collapsed, winning the team fight 3 for 1 off a triple kill for Betty’s Kai’Sa. Flash Wolves took the lead and methodically squeezed the life out of Afreeca, winning in 42 minutes while conceding only 2 deaths.

Gen.G (0-2) v Royal Never Give Up (2-0): Down 2k gold at 34 minutes, Royal Never Give Up just hit the go-button. LetMe’s Sion ultimate chugged down mid as CuVee’s Camille was split-pushing a side lane. RNG was able to kill Ruler’s Xayah and CoreJJ’s Braum and just brute-force down mid lane, taking all 5 turrets on their way to destroying the Nexus and leaving Korean fans wondering what just happened.

The Best Mids in the World Play Irelia and Dominate

Rookie is the consensus pick for best mid laner at Worlds 2018, but Caps also made a statement in his first game.

100 Thieves (0-1) v Fnatic (1-0): Caps got things started with a solo kill on Ryu’s Syndra at 11:15 in the game. It only got worse for 100 Thieves from there. A silly death by sOAZ in a side lane ended up the only blemish for Fnatic in this stomp. Caps would go on to pick up three more solo kills in the game as Fnatic finished with a 16-1 kill advantage in 27 minutes.

Invictus Gaming (1-0) v G-Rex (0-1): G-Rex had a great play at 21 minutes to pick off Baolan’s Braum mid lane and take mid outer turret. Fortunately for Invictus Gaming, G-Rex then over-committed to chase more kills and Ning’s Zac had a great E – Elastic Slingshot into R – Let’s Bounce! to turn the fight around for IG. Rookie took over from there, picking up a triple kill at 24:45 en route to a 6/0/7 K/D/A performance on Irelia.

EU Hype Put on Hold for a Day

After a day one with two upsets, Fnatic took care of business against 100 Thieves but G2 and Team Vitality fell flat for Europe.

Phong Vu Buffalo (1-1) v G2 Esports (1-1): As soon as Jankos had a brain cramp death for First Blood, you knew it was going to be one of those games for G2. Phong Vu Buffalo played aggressively early with multiple bot dives in lane and put G2 on the back foot. G2 tried to force several fights in the mid game that looked promising, but BigKoro’s Xayah got too strong and carried PVB to a win with a 10/1/4 K/D/A.

Team Vitality (1-1) v Cloud9 (1-1): True to Team Vitality’s style, this game had non-stop fighting action all the way until the end. Vitality looked to be in control after a pick on Svenskeren’s Taliyah led to Baron and top inhibitor, but C9 then found a pick of their own onto Jizuke’s Leblanc. After securing their 2nd Elder Drake, C9 stormed Vitality’s base for a 47-minute win.