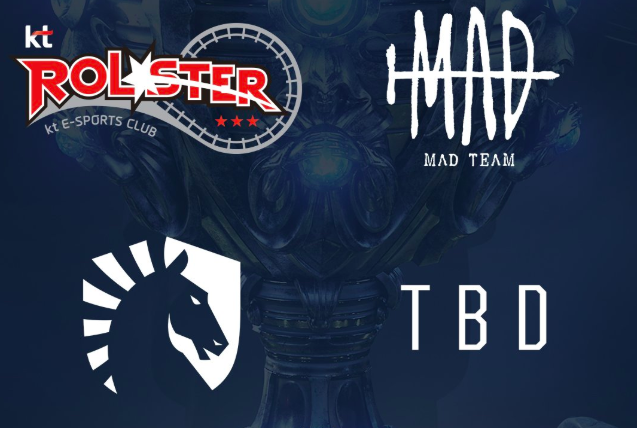 There is no doubt that KT Rolster is the goliath in Group C but the second spot is wide open between MAD Team and Team Liquid.

The 2018 League of Legends World Championship is fast approaching and it’s time to preview the teams that will be fighting it out in the group stage starting October 10th. Today we dive into Group C. This page will be updated with the final play-in team after the play-in stage is complete.

Smeb won back-to-back MVP awards in the LCK in 2016, but his 2018 performance might have been just as good. He is the best top laner in the world and the captain of the best team in the world. Smeb’s champion pool is amazingly deep. He played 15 unique champions in the Summer Split and four different champions in the LCK Summer Finals. He can play tanks, carries, split-pushers, or whatever else the team could need. Smeb is one of the most exciting players to watch and all eyes should be on him throughout the tournament.

This is a collection of five of the most talented players that League of Legends has ever seen. So why was it a surprise that KT Rolster conquered the LCK by winning the 2018 Summer Playoffs? Because KT Rolster had never won anything. For years they have been hyped up and for years they have disappointed. They entered 2017 as a superteam and not only failed to win the LCK, but failed to even make it to Worlds.

Nothing can stop KT Rolster from making it out of Group C, unless you believe in the KT Curse. Confidence in the team is at an all-time high and the fans have finally had a championship to celebrate. Whether this is the end of the curse or just a set-up for the greatest disappointment of them all remains to be seen.

MAD Team improved over the course of 2018 on their run to the 2018 League of Legends World Championship. They finished only 6-8 in the LMS Spring regular season before finishing 3rd in the Spring Playoffs. MAD Team followed that up with a 10-4 record in the Summer Split regular season and reached the Summer Finals before being dispatched by Flash Wolves.

Like Team Vitality, MAD Team benefited by making a jungler change midway through the 2018 season. Kongyue was substituted in for Benny at the start of the Summer Split and MAD Team improved from a sub-.500 team to the second-best team in the LMS. Kongyue was named the Most Improved Player for the LMS Summer Split and also earned the All-Pro Team nod as jungler. His most played champion is Trundle and had a ridiculous 6.89 KDA in 12 games played.

MAD Team are not a favorite in this group, but that isn’t a surprise given they are already matched up with champions from two of the major regions. Counting them out, though, would be a mistake. As much as the LMS has been discounted over the years, they have earned their place as a major player internationally. The team that placed second in both the regular season and in playoffs should not be taken lightly.

It is all the more impressive because MAD Team looked relatively weak in the Spring Split. What is often most important is how the team is playing right before the competition, and MAD Team were on a roll. The switch to Kongyue in the jungle ignited the team and LMS supporters can only hope that the additional time from clinching a Worlds appearance to the start of groups has afforded MAD Team even more of an opportunity to mesh and gain confidence in scrims. A hot team is a scary team when so much is on the line. MAD Team will look to stay hot on the biggest stage.

Team Liquid was dominant domestically in 2018 en route to the 2018 League of Legends World Championship. After a lackluster 11-7 Spring Split regular season for 4th place, Team Liquid went on to win both the NA LCS Spring and Summer Finals in resounding 3-0 victories. Team Liquid struggled internationally, finishing 5/6th at the 2018 Mid Season Invitational, behind the other four major regions. They also brutally lost to Splyce at Rift Rivals 2018 in the NA LCS’ loss to the EU LCS.

For better or for worse, any team with Doublelift runs through him. He is the most gifted mechanical native North American talent that the region has ever produced. Doublelift won his first MVP award for his performance in the 2018 NA LCS Summer Split and his form has arguably never been better. In a meta where bot lane can carry a team, Doublelift will be the one to watch for Team Liquid. His and Olleh’s matchups with Deft and Mata will be appointment viewing.

For years it has been a running joke that North American teams have terrible macro play, and it’s been true. Team Liquid will be out to change that narrative in 2018. Realistically, Impact and Pobelter are not going to win you many – if any – lanes on the Worlds stage. That’s just not the type of players they are or have been. What they do well is ensuring they won’t lose you the game early and position well on the map to make plays with their team.

It’s a stretch to expect Team Liquid to match KT Rolster in any phase of the game. However, Team Liquid should be able to match or exceed the other teams in the group in map movements given their veteran status and the brilliant pathing of Xmithie. Funneling all of the resources into Doublelift and hoping to hold on long enough for him to carry won’t work. But playing champions like Sion/Ornn top and Galio to facilitate smart play can be a recipe for success.

Edward Gaming easily dispatched DetonatioN FocusMe 3-0 in the Play-in Knockouts to make the Worlds 2018 Main Event. They had great regular season runs in the LPL, finishing 14-5 in the Spring Split for 1st and 11-8 in the Summer Split for 2nd in the West. Edward Gaming lost to Royal Never Give Up in the Spring Finals before finishing only 5th in the Summer Playoffs. They avenged their Summer Playoff loss to JD Gaming in the China Regional Finals before defeating Rogue Warriors to make it to Play-ins as the LPL 3rd seed.

It is clear from Play-ins that Edward Gaming wants Scout on a carry in the mid lane. Their lone loss came when he was playing Galio and the team could not peel for Kai’Sa as quickly as Infinity Esports could kill iBoy. Edward Gaming’s preferred style is more in-your-face than peel oriented, so Scout will have some explosive matchups in mid lane. An aggressive laner, Scout trades early and often and doesn’t shy away from committing to kill an opponent without clear vision on the enemy jungler.

There’s no question that Edward Gaming matches up in the early game, even against powerhouse KT Rolster. The concern is what happens in the mid game. We’ve already seen what can happen against Infinity Esports, a team that didn’t even make it into the Main Event. Edward Gaming were ahead by 7.1k gold at 24 minutes and then lost consecutive team fights in a spectacular throw to lose the game.

While there is the possibility that Edward Gaming let their guard down and didn’t give Infinity Esports enough respect, they are also very unlikely to get such leads in the Main Event Group Stage. KT Rolster will almost never give up a lead that large, and while Team Liquid may not be laning superstars, they are a veteran team that doesn’t make many mistakes. Edward Gaming will have to show that they can take small early leads or even games into the mid game and find ways to set up proper vision on the map and select good team fights to move on.