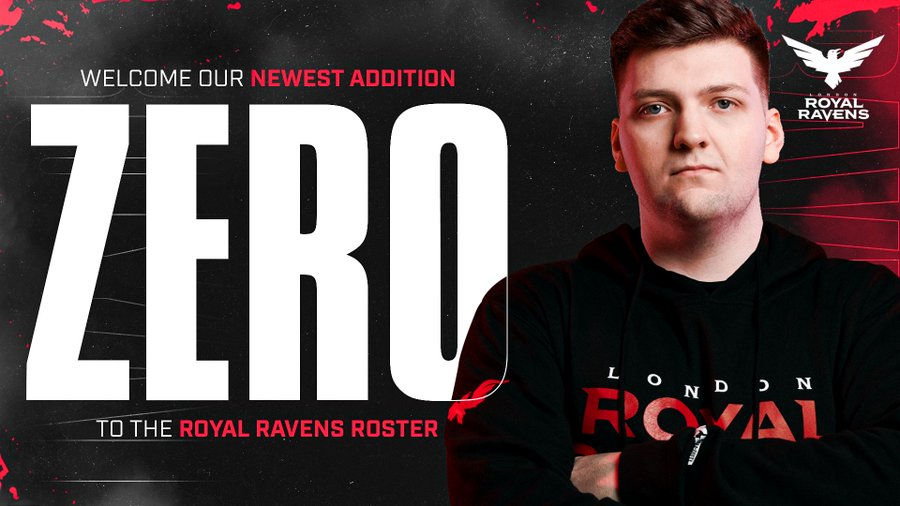 Trei “zer0” Morris has left the New York Subliners to join the London Royal Ravens. The talented player made a name for himself in North America and is finally returning home.

We're delighted to announce Zer0 (@Trei) as the newest member of the London Royal Ravens! #6thRaven

Zer0 joined the New York Subliners in September after a successful run with FaZe clan during the Black Ops 4 season. The talented player helped the team finish in third place at the 2019 CWL Pro League Playoffs. The team was unable to go all the way unfortunately, and only earned a top-16 placing.

Zer0 still proved himself as a strong player and earned himself a spot in the newly franchised Call of Duty League, but his team struggled to compete.

The New York Subliners had a tough start in the Call of Duty League. The team lost both of their matches during the launch weekend and only won match during the London Home Series. It was clear that something was not working on the starting roster, so the organization decided to replace Zer0 with Happy.

The roster change did not a huge difference however, and the team did not start to see success until another roster change was made later in the season.

The London Royal Ravens have also been struggling so far this season. Zer0 might be the change needed to get them back into shape and give the team a real shot at the 2020 Call of Duty League Championship.

The London Royal Ravens will face the Los Angeles Guerillas at the Seattle Surge Home Series on May 22nd.