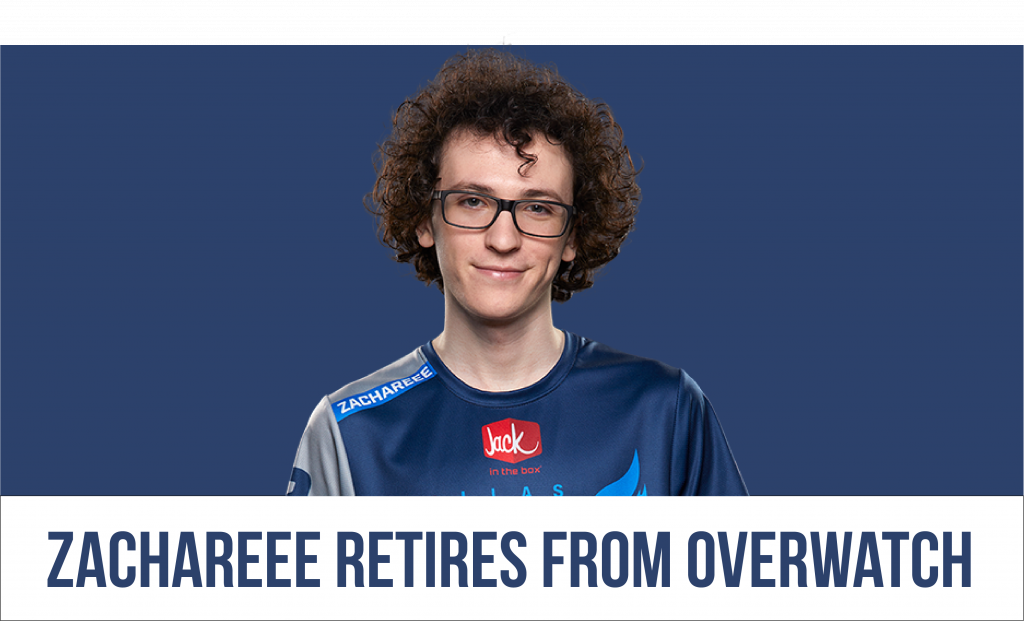 Zachareee becomes the latest player to retire from Overwatch to pursue VALORANT.

Flex DPS Zachary “ZachaREEE” Lombardo announced on Wednesday that he will be retiring from the Overwatch League and leaving the Dallas Fuel organization to pursue a career in Riot’s recently published tactical shooter, VALORANT.  In a farewell post on Twitter, the Fuel referred to Zacharee as “One of the brightest young talents in esports” and wished him luck on his next move.

Today we mutually part ways with @zacklombardo as he announces his retirement from Overwatch.

He is one of the brightest young talents in esports, a fierce competitor, a selfless teammate & we’re all looking forward to seeing what he accomplishes next.

“I’ve retired from Overwatch and I’m looking to pursue Valorant,” Zacharee explained in a Twitlonger. “Before my time in Overwatch, I used to really enjoy FPS games like Battlefield, Call of Duty, and Counter Strike. I have really been loving the flow of Valorant and the mix of Counter-Strike mechanics and Overwatch abilities that it has. I’ll be grinding the game and looking to stream more now that I have more time.”

In his Twitlonger, Zachareee also expressed his gratitude to his form orgs, saying “I’d like to thank all of the Organizations that I have represented during my time in the Overwatch scene for giving me a chance and letting me do what I love.”

Zachareee was originally signed by the Renegades Overwatch team in 2017, where he played in a variety Tier 2 tournaments. In 2018, he signed on with the Fusion University, which was the Philadelphia Fusion’s academy team. After a short stint competing in the North American Contenders league with the Fusion, he finally earned a spot in the Overwatch League playing for the Dallas Fuel. He also competed for the U.S Overwatch World Cup team in 2018.

Zachareee is the latest in a long string of players to leave Overwatch, Counter-Strike, and other games in pursuit of VALORANT glory. Riot’s new shooter has seen wild popularity among players looking for a new challenge or a new space to make their name in esports. In the past month alone, DPS stars Corey “Corey” Nigra and Jay “sinatraa” Won announced they will be leaving Overwatch for VALORANT. Sinatraa’s departure is particularly concerning, since he was the 2019 OWL MVP.

Although Zachareee will be missed by his former team, the Dallas Fuel’s competitiveness will be unaffected by the loss of Zachareee. Over the past couple months, the Fuel starting DPS Gui-un “Decay” Jang and Dong-HA “Doha” Kim have proven themselves to be some of the most talented and flexible DPS currently playing Overwatch. As a result, Zachareee had not seen any significant play time in recent months.

The Overwatch League will return from its current hiatus on June 13th.