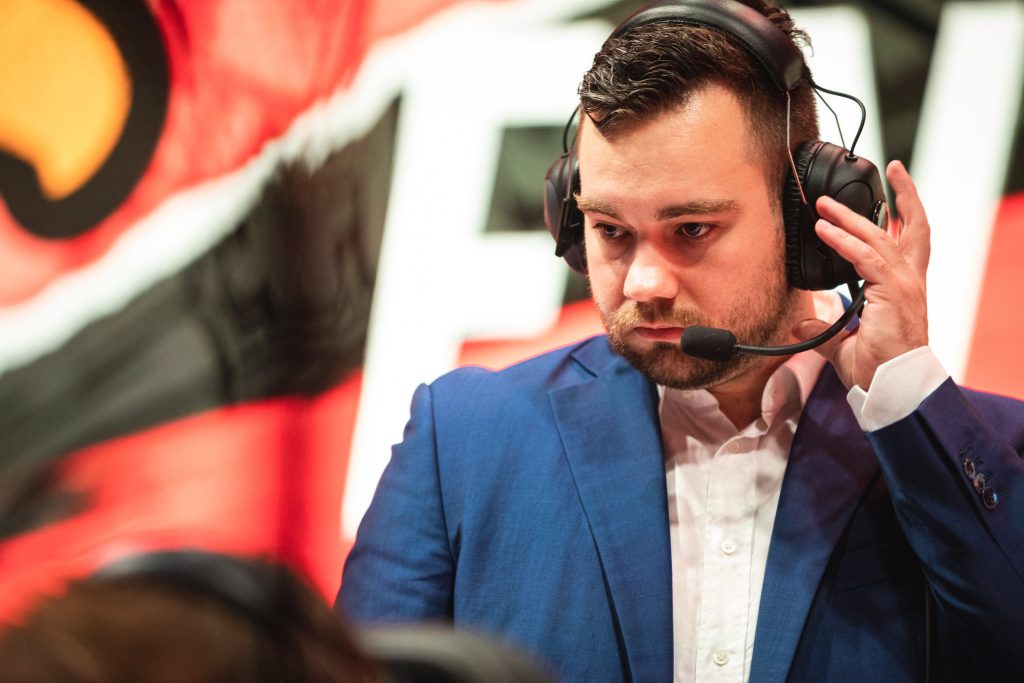 Fnatic announced on Twitter that head coach Joey “Youngbuck” Steltenpool has officially stepped down from his position and taken up an offer with another team. Youngbuck has been with Fnatic since 2018 and has six European League of Legends Championship titles under his belt.

We say farewell to the Six-Star General.

He arrived as a four-time champion. @JoeyYoungbuck departs as a Worlds finalist who steered us to our sixth and seventh Split win.

Youngbuck made his mark in the European League of Legends scene after leading G2 Esports’ flagship EULCS roster to victory in their first split in 2016. During his time with G2, the team won four back to back EULCS championships and even made an appearance in the finals of the 2017 Mid-Season Invitational against SK Telecom T1.

At the start of 2018, he joined Fnatic’s support staff helmed by head coach Dylan Falco. After winning both EULCS splits back to back, they entered the 2018 World Championship as favorites and made it all the way to the finals before falling to the dominant Invictus Gaming in a 3-0 sweep.

After Rasmus “Caps” Winther, Fnatic’s star player at the time, joined their rival team G2, Youngbuck was faced with the task of reshaping Fnatic’s playstyle for 2019 to accommodate their new rookie mid laner Tim “Nemesis” Lipovšek. In the face of glaring troubles in the 2019 Spring Split, Youngbuck’s new Fnatic clawed their way up to become a clear top two team in Europe that could contest G2’s position as the league frontrunners. Fnatic ended their 2019 season on a low note after being shut out in the 2019 World Championship quarterfinals by FunPlus Phoenix, the eventual winners of the tournament.

Despite falling flat in 2019, Youngbuck has announced that he’s decided to move onto a different team and hopes to reprise his role as head coach. Youngbuck left an official statement regarding his departure on Fnatic’s website:

“We were obviously looking to create similar success in 2019, but we found ourselves quickly swamped by internal issues in Spring that we could not overcome as players and coaching staff by the year’s culmination. 2019 would have been an easy fix if this was the fault of an individual, but the problems became complex to where no solutions for our problems became clear in time. As a result of that, while ending 2018 as my best year, I’d consider 2019 as the worst in my esports journey. Leaving this season behind, I’ve decided to move on to another team and hope to remain a Head Coach at a professional level for many years to come.” – Joey “Youngbuck” Steltenpool

At this time, Fnatic has yet to announce who will be stepping up to replace Youngbuck as head coach heading into the 2020 League of Legends European Championship season.