YoungBuck: “As a team, we cannot break mentally” 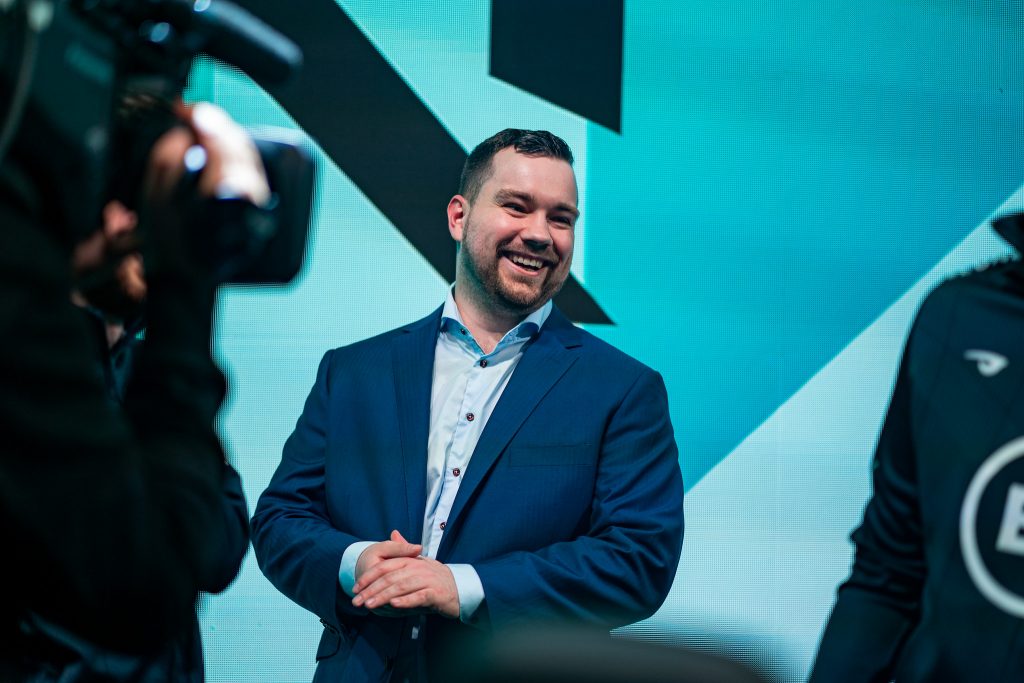 As the LEC Summer Split nears its climactic eighth week, the stakes of each match get higher and higher. In the closest Split European League of Legends has ever seen, every single team is still in the race for a ticket to the knockout stage and, with that, a ticket to the World Championship. So too Excel Esports, who started the Summer Split roughly, but now have the numbers speak in their favor when it comes to making it to the Playoffs.

We spoke to Head Coach of Excel, Joey “YoungBuck” Steltenpool, after his victory against Misfits Gaming. He revealed to us how he has managed to keep his team focused on making it to the Playoffs, even when his team’s results were rough. He also shared what his strategy is going forward, and what he thinks of the three big opponents he’ll be facing in the LEC’s final ‘super week’

Hotspawn: Welcome YoungBuck! You just won against Misfits, and it seemed to be done with relative ease. What did you think of the match?

YoungBuck: Well, I think it’s fair to say that we were quite nervous and even a little bit scared heading into the match. We just lost to Schalke 04 on Friday, and we wanted this to be a 2-0 week so we would have a really good position to make it to the Playoffs. So, losing against Schalke made us nervous for today, as Schalke 04 was supposed to be this ‘freebie’ of all the teams. You’d expect to beat the lowest-ranked team.

Heading into the game against Misfits though. The draft went very different from what we expected because they just gave us about everything we could have hoped for, and even more than that. For example, they let Kalista go through, and they gave us the Orianna as well. We actually had expected Misfits to ban both of those champions, but instead we could play with both. It really put us in good matchups too. I think Misfits got very cocky from when we played them in scrims, because they actually destroyed our Kalista a couple of times. But our bot lane is set on playing her if she’s left open. They’re just good on her. And when Patrik went 3-0 in the early game, he just went ham. That’s when I knew that the game was going to be in a good state.

So overall, we were very nervous and scared heading into the day. But the rookies in our team held up in a game with a lot of pressure on it, so now I feel nothing but positive emotions.

Hotspawn: With this victory, your odds of going to the Playoffs with Excel have massively increased. It’s just below 70%, on paper. However, it wasn’t always like that. The start of this Split was rough for Excel. How did you manage to keep your team focused during those weeks?

YoungBuck: I think staying focused came naturally to our guys. No matter what happens, we just have a lot of really positive energy in the team. Last week, before we had our official LEC matches, we had one win and 17 losses in our practice matches. But the attitude in the team didn’t change. Everyone was talking, everyone was very positive. That is something we’ve had the entire Split. Even when we went 0-4, we reminded ourselves that we’d had a really difficult schedule and that we’ll make sure to bounce back against the lower-ranked teams. And that’s what we did.

I think it was also massive for us that the first time we faced a team that wasn’t in the top four, we actually got the win. That gave us a chance to build momentum. I think it was the second week of this Split where we won our first game, on the second day, playing against SK Gaming. Ending the week on a win is a really big deal, emotionally. You just head into the next week feeling much better. I think that, as a team, we cannot break mentally. The mindset is an important part of a team, and our team is emotionally very stable and very positive.

Hotspawn: During the small break the LEC had between week 4 and week 5, did you reflect on your team’s journey thus far? And if so, what were the lessons you took from it?

YoungBuck: To us, it might be obvious, and to the fans now as well, but we just try to put Patrik in a good position in just about every game. We also realized what our identity was as a team, and how we wanted to draft. We wanted to be more oriented on team fights, and less on the 1-3-1 compositions. There are games where we do draft 1-3-1, or what I like to call ‘bad champions’: champions that aren’t really good in a team fight. But usually, we only do it if it matches another bad team fight champion. For example, we’ve played LeBlanc against Zoe a couple of times because neither are superstar team fighters. But then we have other win conditions that we can play around. We try to put ourselves in a position where we can match team fighting, at the very least, and also in a position where Patrik can be a big star. 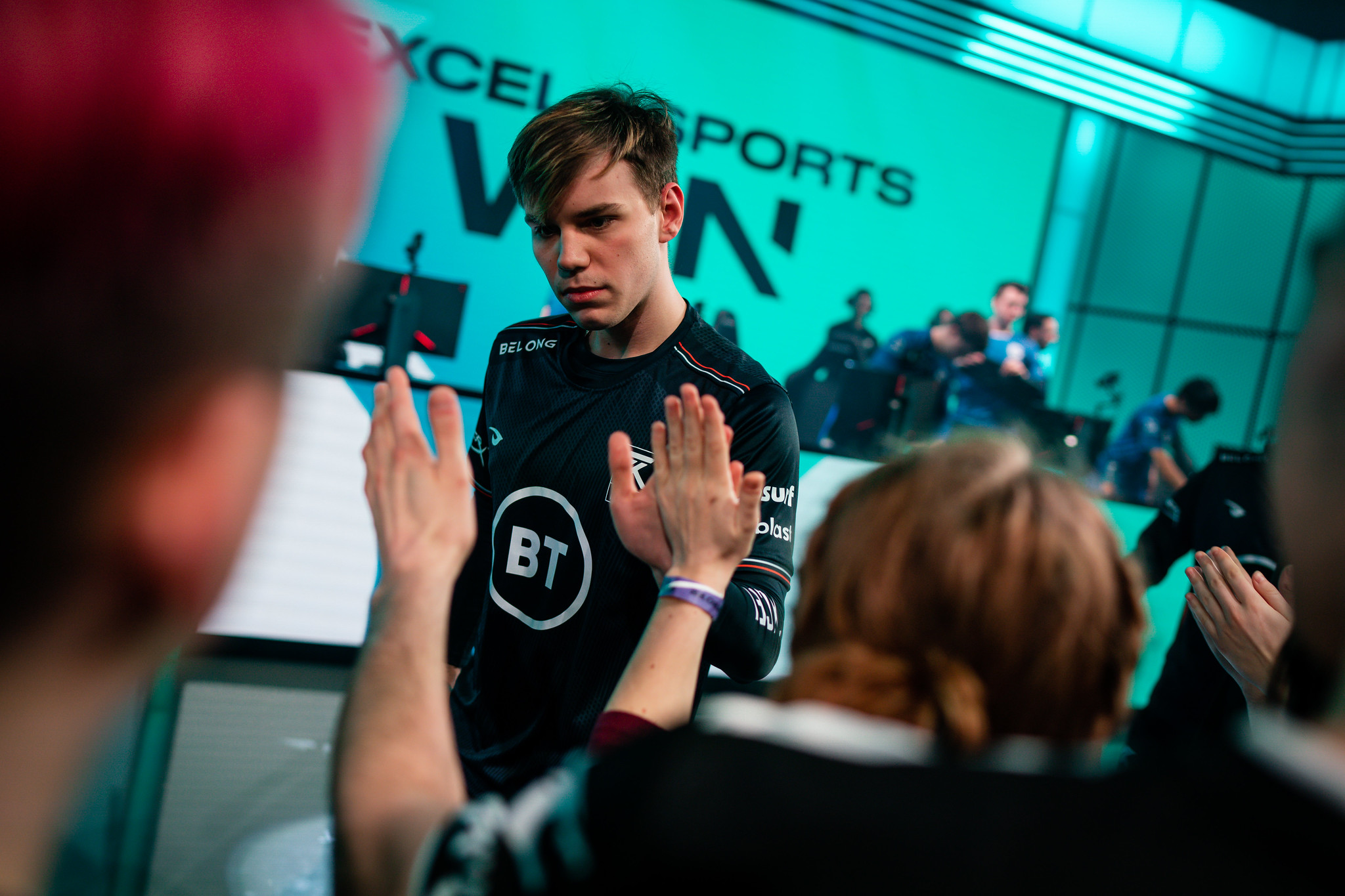 Hotspawn: Focussing on making Patrik shine is a strategy that is working out better now. If you make it to Playoffs and face top teams in a best of five, how well do you think that strategy can hold up?

YoungBuck: I think we’re not very one-sided in the way we try to enable Patrik. It’s not that we just try to draft a really strong bot lane and try to win the matchup. There are different ways we do it. Sometimes we try to pick a top laner that enables Patrik. For example, today we picked Gangplank. He doesn’t need many resources and can just use his ultimate on the bot lane. We’ve also picked champions in the top lane that require attention from the enemy junglers. We’ve drafted strong mid/jungle 2v2’s. So, in the end, the result we want is to get Patrik ahead. And if teams can make sure that we don’t get that done three times in a best-of-five, then they deserve to win. That’s something I’d respect very much.

Hotspawn: In the final weekend, you’re facing Fnatic, Origen, and G2. Those are not the easiest opponents at all, historically speaking, even though their recent performances have left much to be desired. How are you going to prepare for this super weekend?

YoungBuck: I think we will just keep doing business as usual. We have a structure for each week where we do our scouting and determine how we will prepare for the teams we’re facing. It’s primarily focused on ourselves, though, and trying new things in the first two days that we want to bust out. Then there are two days where we only do stage drafts. I personally think the Origen match is the big one. I think, if we beat them, the worst-case scenario is that they win both of their other matches and we lose the other two, but in that case we’d still have a tiebreaker. That’s going to be a really big game for us and if we win that, it’s going to be a done deal.

Against Fnatic, I don’t think we require too much preparation. I know them very well from my days as their coach. The only player I don’t really know is Selfmade. But I know their champion pools, the secret counters they have up their sleeves, so it won’t require too much attention. And then G2… it depends. I think they’re getting their form back, and we’ll have to see how they’re adjusting to the meta. They were drafting very poorly in their recent matches, so maybe they catch up and maybe they don’t. But I think the biggest win for us is Origen, and if we don’t get that one done, we’ll just go day by day. Nothing out of the ordinary, no crazy preparations.

Hotspawn: Let’s round up the interview with your view on Fnatic. Since you’ve worked with them so closely in the past: do you know their pain points? And what do you think is going so wrong for them now?

YoungBuck: Well, supposedly from some interviews that were published, there were some bad things going on behind the scenes. I think that isn’t the first time, nor the last time. But I know Fnatic and when things matter, even if there are any difficulties between players or their drafting strategy isn’t where it’s supposed to be, they’ll pull their shit together when they have to win. They will all bandwagon behind a strategy and go all-in on it. Any beef will not go into the game and will be left aside. It will be put aside until after the match. *laughs* I think they will perform when it matters. I think they will make it to Worlds. They’re just very talented.

Yes, I do know their pain points. I think that, in this year, we’ve had three drafts against them that I was really happy with. But we also lost all three games because, well, sometimes you just lose a game against Fnatic. *laughs* It can happen. Hopefully, the fourth time is the charm.

Excel Esports’ next opponent in the LEC is Origen, who they’ll play on Friday, August 7th, at 7 pm CEST.