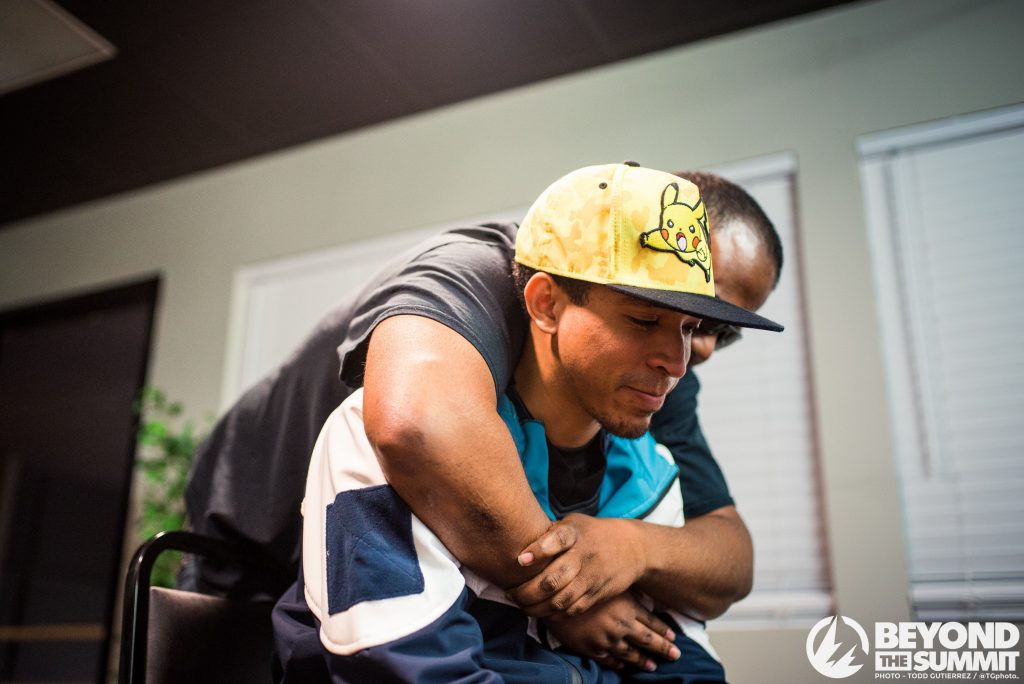 Axe took first place at BTS' Smash Summit 8. (Image via Beyond the Summit)

This past Sunday, June 16, Super Smash Bros. Melee player Jeffrey “Axe” Williamson made history at Smash Summit 8 by being the first player to ever win a Super Major with Pikachu. The win was just as impactful for the Smash community as it was for Axe. It had been years in the making for the unrelenting Pikachu main.

The event marks the second time a mid-tier character has won a Super Major this year. The first occurring less than three weeks ago when Justin “Wizzrobe” Hallett gold medaled at Smash ‘N’ Splash 5 with Captain Falcon. That was a feat unmatched for over a decade when Joel “Isai” Alvarado won MOAST 3 maining Falcon in 2005.

Characterization of a Super Major boils down to prize pool volume and number of notable entrants that compete; although its definition may be a bit loose, Smash Summit undoubtedly makes the cut. Smash Summit 8 featured a cash purse of over $30,000 USD alongside many of Melee’s fiercest. This cast included William “Leffen” Hjelte, Juan “Hungrybox” Debiedma, Justin “Plup” McGrath and Joseph “Mang0” Marquez. The win at Smash Summit makes Axe one of just four players to title finish in the tournament’s eight iterations next to Hungrybox, Adam “Armada” Lindgren and  Jason “Mew2King” Zimmerman.

Melee Singles heated up quickly in the bracket for Axe when he drew Panda Gaming’s Zain “Zain” Naghmi first to quarrel through a best-of-five series. Zain, most known for his exceptional zoning with Marth, proved difficult as the two grappled all the way into Game 5, which Axe narrowly clinched to advance into the next round.

The pressure wouldn’t diminish as the Pikachu-technician was forced to square off against sparring partner, Mang0, and his acclaimed Falco next. In the end, Axe was able to take thorough advantage of minor mistakes made by Mang0 to propel Axe through the finish line in Game 5. Clashes against Leffen and Wizzrobe in the upper bracket followed. The Arizona-native would flash strokes of brilliance in the form of expert edgeguarding and tech-skill to secure his spot in the Grand Finals.

A tale of two upcomers

The Grand Finals pit Axe against Wizzrobe in a skirmish lined with thrill prior to the series’ onset. After being knocked into the lower bracket initially by Axe and his Pikachu, Wizzrobe went on a tear through Cody “iBDW” Schwab, Zain and Leffen to earn his rematch in the final set of the tournament.

The series was as tense as projected, the pair trading stocks with each other like Pokemon cards in the 1990s, putting casters and spectators on the edge of their seats. It was a pivotal moment on Fountain of Dreams where each player was down to their last stock – both seeking a grab to parlay into a finishing attack, which Wizzrobe would secure. The 3-1 loss reset the bracket and seemingly cut circulation in the room, Wizzrobe already having taken off his jacket midway through the set was clearly feeling the heat, hungry to win back-to-back Super Majors.

The final set between the two was an all-or-nothing affair, all bets were off and each competitor played to their utmost ability. Axe took an early 2-0 lead over Wizzrobe before getting trounced on Dreamland. The loss was able to stage the two on Axe’s counter-pick, Final Destination. The flat map allowed Axe’s Pikachu to chain grab Falcon into oblivion, racking up significant amounts of damage and eventually, beginning the combo that would exhaust Wizzrobe’s final stock.

“He’s finally done it” long-time professional Melee player and commentator Kashan “Chillindude” Khan spoke over the live stream as Axe stood plainly in disbelief. As Wizzrobe exited the room in defeat, Axe sat back down, silently tearing up as his coach entered the room and wrapped his arms around him in congratulatory spirit. After ten years of competing at the premier level when he placed 33-48th at GENESIS in his first professional outing, Axe had won a Super Major.

An emotional victory for @TempoAxe as he claims his first #SmashSummit title. Congratulations! ⚡️ pic.twitter.com/mcoWMksMsw

It was an incredibly emotional setting when Axe descended down the stairs into the winner’s circle to give his victory speech.

“Well, I know my dad’s watching, so I just want to say Happy Father’s Day” a teary-eyed Axe said prior to anything else as he had competed through the holiday in Los Angeles. His attributes of humility, kindness and love for the Smash scene underlined his address on stream.

“I had been working really hard on this” Axe spoke as tears rolled down his face. “This is a long time coming, it’s crazy to me.”

And it was a long time coming for Axe. Having steadily climbed up the rankings using an unconventional main such as Pikachu, yet never deferring to a higher tier character despite a number of mixed results through a decade of competing. Albeit, Axe’s outward pipedream of being a top-ranked player utilizing a fluffy yellow Pokemon was feeble in the beginning, his arrival in this fashion has made the conquest that much sweeter. From the heartwarming scene at the end of Smash Summit to the heavy outpour of praise from players and fans online – the weight of this win was clear.

As a kid they always told me Pikachu could never win a major/super major which made me sad.

Yesterday Axe proved it was possible, will this inspire Ash to finally win one too? =D pic.twitter.com/BQmlk2qjCe

In nearly the entirety of 2019, Axe stood at the precipice of greatness, placing second at Smash Camp, GENESIS 6 and Get On My Level; in spite of furnishing some of the most exhilarating Grand Final sets through these tournaments, the Pikachu main always fell just shy of making the leap on the big stage.

With a Smash Summit win now under his belt, the future is looking exceptionally bright for the spirited Melee professional; this, exemplified by Axe’s final words as he stepped away from the live stream broadcast.

“I don’t want this to just be the one” He affirmed. “I feel like there’s a lot more after this, so I’m going to keep going”

While it’s easy to get overzealous about Cinderella stories such as the one at hand, there’s an essence to Axe’s victory that leads us to believe this win might propel him to new heights. To the Pikachu in the sparkly blue party hat that never gave up: this one’s for you.

Smash
Share
Cody Luongo
An American journalist specializing in business, gambling and Counter-Strike - Cody was a competitive gamer first before starting his career in esports. Competing in several titles including Halo, Counter-Strike and Rainbow Six prior to his career as a journalist where he would go on to write for ESPN, Esports Insider, SickOdds and many more.
Follow me