XSET: “This Past Year Shaped Us” 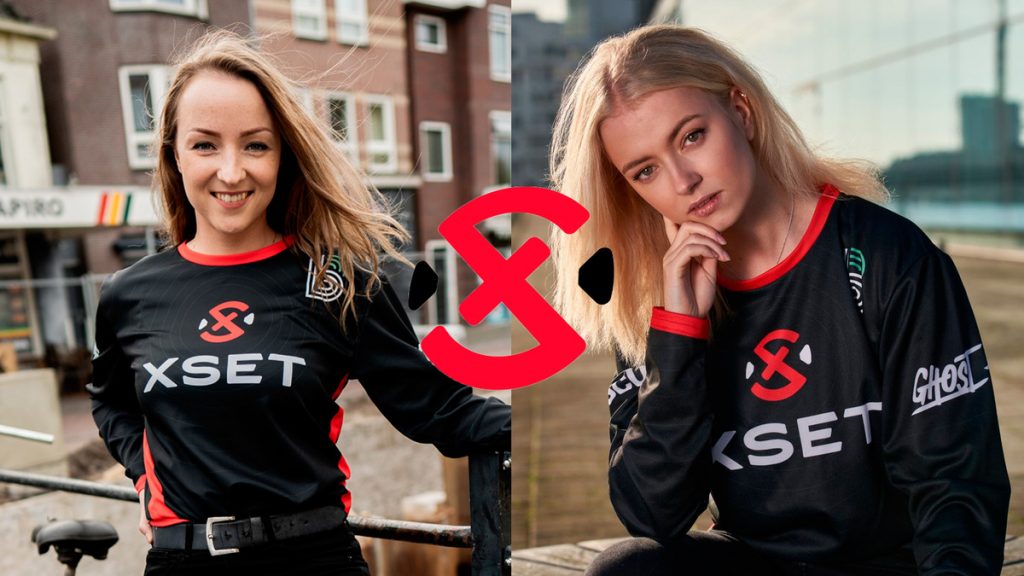 The ladies of XSET, like many of us, look to channel disappointment from 2020 into a much stronger 2021. (Photo courtesy XSET Gaming)

Just a month after signing one of the top female CS:GO rosters, XSET has already added a trophy to their case. The team of juliano, ZAAZ, Petra, kr4sy, and Mimimimichaela joined on November 20th, and exactly a month later, dispatched Galaxy Racer FE in the Grand Finals of DreamHack Showdown Winter.

Whether it’s been with XSET, Team Secret, or Beşiktaş, this lineup core has been synonymous with winning in women’s Counter-Strike for years now. They were on track to continue their dominance before COVID-19 derailed theirs, and every other teams, plans. Just before the new year began, Petra “Petra” Stoker and Michaela “mimimimichaela” Lintrup sat down with Hotspawn to discuss their early success and what they’re looking forward to next. They also took some shots at Riots latest FPS – VALORANT.

Hotspawn: This is the first time that this core of players has played under a North American organization in XSET. What’s a significant difference between working with them compared to previous EU organizations?

Petra: So far it’s the most professional organization I’ve played for, at least.

Mimimimichaela: [Nods] For sure. They’re really, really fast at communicating. It’s literally one big family; everyone is cheering for everyone, and I’ve never had that before in any org. Earlier this year we were with another org, and it took like three months just to get two emails. Here it’s very professional, we don’t have to wait more than ten days to get an answer.

Hotspawn: For mimi, it’s been a year now since returning to this lineup core you were a part of back with Team Secret and Dynasty Gaming. What was your thought process like returning to the group as it was transitioning into a new phase after leaving Beşiktaş?

Mimimimichaela: To be honest, it was no secret that both of our teams are struggling. I knew when I first left the lineup, [Beşiktaş] didn’t win anything until DreamHack Showdown Valencia. And in the event after, we won versus them. And I didn’t want to be on a team that needed their star player to always win. I thought me returning to the lineup would make everyone complete.

BACK-TO-BACK-(TO BACK FOR THE REST)!! ENDING THIS YEAR WITH A 1ST PLACE! Couldn't be happier with the support you guys shows us and the support from @XSETGAMING ❤️❌🔥

See you for more titles next year!!! ✨ GG team, i love you#RepTheSet https://t.co/bnmxfBtxtl

Hotspawn: For petra, were you and XSET coming into 2020 thinking you needed a lineup change, or was it until mimi reached out that you all made that consideration.

Petra: Oh we were ready for a change. I wanted mimi on the team since I joined the lineup. When we got that opportunity we knew we weren’t going to let it go. 2020 was going to be our year; I was so excited for all the tournaments going, we were going to have our best lineup, but then we didn’t get anything until December. I’m glad we got those ones in the end, but it’s going to be rough next year with no LANs.

Mimimimichaela: But I also feel like this past year shaped us and helped us figure out what ways we wanted to go. At the start we had our goals, but we were also struggling a lot. This year helped us figure out how to train, and how to position, but it’s prepared us for next year.

Hotspawn: At the DreamHack Showdown Winter, you got into two separate slugfests against Galaxy Racer in the upper bracket finals and the Grand Finals. How does early success and a result like this impact the expectations of the team going forward?

Mimimimichaela: It’s always a confidence booster when you know that you’re for sure the best [female] team in Europe. With that, we know that there’s no other team that can stop us. Of course there’s great competition in NA, but we’ve beat them before, and there’s no reason we shouldn’t next time.

Hotpsawn: You’ve had several clashes with the two top North American women’s teams in CLG Red and Dignitas. How do you alter your prep approach when it comes to preparing for these teams in particular?

Petra: I think CLG Red will be our biggest opponent. I’m not worried about Dignitas at all, since they play VALORANT. I think it makes them really unstable. I think we have a really good chance to beat both of those teams.

Hotspawn: XSET has much more of a content creation focus than other orgs you’ve been with in the past. What opportunities excite you regarding that heading into next year?

Mimimimichaela: Hopefully we’re allowed to travel next year, and we’re going to go to America and do a lot of great content and do a ton of fun things. I’m sure XSET will have a lot of fun things prepared. But unfortunately we can’t just jump on a flight and go do a photoshoot. But they’ve also been really great at picking out people here for things that we need to do.

Hotspawn: What are your goals and expectations for the team for 2021?

Petra: [One of] our goals is to do better in ESEA. If there’s going to be tournaments, we want to win them all. But we have some things to improve on after competing at DreamHack Open.

Mimimimichaela: One of our main goals is to not lose any female tournaments; we want do go undefeated.

Hotspawn: Several high-profile players across the world fell victim to the allure of VALORANT over this past year. Did you all field any legitimate offers to transition over? If so, what kept you grounded in CS:GO? If not, was that part of an effort to stay in Counter-Strike, or were there just not any serious enough offers?

Mimimimichaela: I just feel like I’ve been playing CS for like eleven years, I don’t think any other games can replace. I’ll admit I tried it in the beginning, I had fun for like three games, but it’s just not Counter-Strike. Nothing can ever replace that. And also I don’t think it’s a game for our team, we have too many boomers. It’s too late for them.

Petra: What do you mean?

Mimimimichaela: Well I’m just saying. But we have really worked hard for many years, and I think it would be like shooting ourselves in the foot if we transition over to VALORANT. It would be a waste of the amount of years we put into this game.

Hotspawn: Being around CS for such a long time, you’ve been affected by all manner of roadblocks being women. Have you all felt comfortable being on the frontlines of helping womens’ esports grow, and what do you expect out of this fight heading into 2021?

Mimimimichaela: It’s never been an issue being a front-facing figure. All the positivity wins over the negativity. But there’s a lot of people just hating on a female just because they’re playing their game. There’s way more love and support than hate. The hate will always hit harder, and you can easily get knocked down, but when people are writing “you’re the reason I’m playing CS,” then I’m complete.