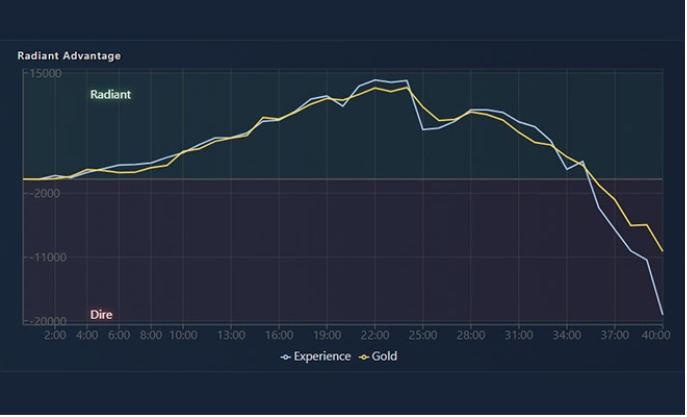 While watching the Starladder Minor Chinese Qualifiers xiao8 claims "If this match is not fixed, I will eat shit on stream"

When a TI winner speaks, people listen. So it is no surprise that this a strongly worded comment from xiao8’s stream of the Starladder Minor Qualifiers has everyone talking.

The match in question took place during the first round of the Starladder Minor Chinese qualifiers between Team Newbee and Avengerls, a stack of relatively unknown players. Newbee has struggled to field a competitive roster this season so it wasn’t too surprising when Avengerls took game one of the set and charged out to a big lead in game two. The upstart squad appeared to be deftly controlling the tempo and setting up for an easy finish when things began to go awry. If any Dota player knows how a small mistake can snowball into game-changing events – it is xiao8. He has certainly witnessed or participated in bigger comebacks than a simple 13K deficit. To “The Director”, this comeback felt different enough to warrant a second look and so we did just that.

After spending nearly an hour reviewing the replay in question there are a couple of things we can say with relative certainty:

Dota is an emotional game and the tides of momentum can turn in incredibly rapid fashion. This makes it difficult to differentiate between mistakes induced by tilt or those with a more sinister origin. Anyone who has ever played the game can attest to how quickly morale can fall in a team, especially one without any stable history of working together.

It certainly seemed, though, that at least a couple of the Avengerls players lost interest in the game after heavily outplaying Newbee in the early stages. It’s no secret that making a living as a tier two Dota player can be difficult and there have been cases of match fixing in the past. Fans and bettors of Dota have seen similar situations arise in the past and so it is something to keep an eye on. Here is hoping that the rumored potential changes to the 2020/2021 DPC season bring about a more stable path for player development and further discourage the shadier means of sustaining a semi-professional career.