Xcalibur on Joining B8, Playing With Dendi, Tier 2 Dota 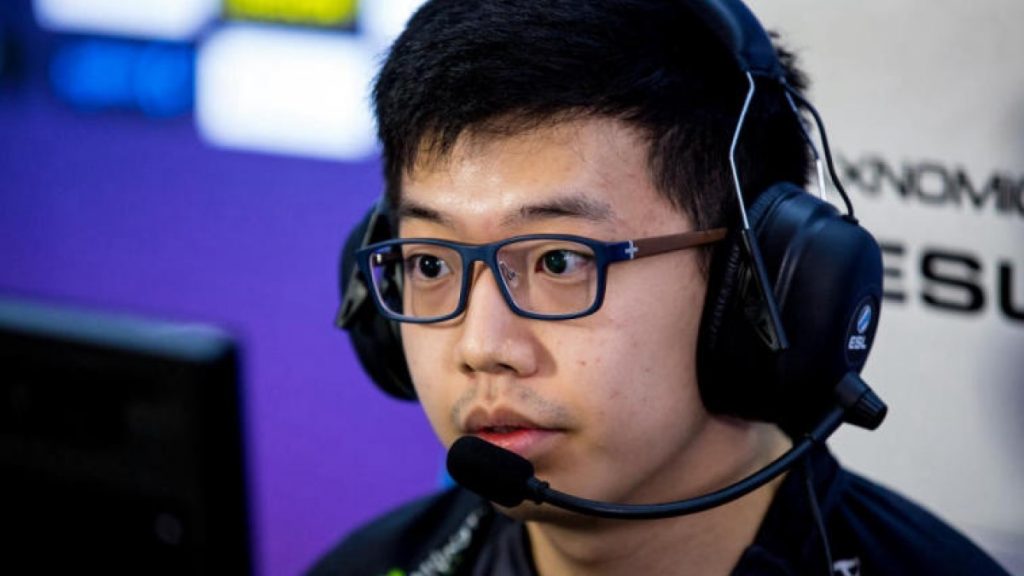 "The current state of tier 2 Dota is not good in my opinion," Xcalibur told Hotspawn (Image via JoinDota)

During group play of ESL One LA: Online, Andrew “Zyori” Campbell had a chance to talk to Steve “Xcalibur” Ye on behalf of Hotspawn. Xcalibur would touch on subjects such as joining the B8 roster, playing with Dendi, his thoughts on the current state of tier 2 Dota and more.

Zyori: First off, congratulations on joining Dendi’s new squad, B8 Esports. You’ve only been with the team for about three weeks now, but how’s it going? Is the team starting to gel?

Xcalibur: Thanks. We’ve been working hard and while the results are not the best for now, we’ve still had some close games with the best teams. We’re definitely improving and we’ll likely be able to beat the best with a little more practice and synergy.

Unfortunately, we have to part ways with Pio65. We are grateful for his help, especially in the hard times, and for the work we all did during this time. Good luck, Sasha.

And a new carry in our team is now Steve "Excalibur" Ye, a former Singularity player. Welcome, Steve!#b8d pic.twitter.com/ACN7uI64fg

Zyori: Your professional career kicked off when you played as a stand-in for Fnatic at The Summit way back in 2014, and since then you’ve played for a lot of different organizations. What can you tell us about that experience? What were these “tier 2” teams missing?

Xcalibur: Back then, when I just started, everything was kind of overwhelming for me. Now when I look back at it I was really good at what I did but I was lacking in many aspects of the game. How I even managed to look somewhat good back then is mostly thanks to Fly and N0tail, in being able to use what I was good at in the game. Now with way more experience, and just time in this game, I’ve become a way more complete player and taken a more active role in the teams in terms of ideas and how to improve.

“For tier 2 teams to catch up to tier 1 teams you need constant fresh ideas and solutions to problems that exist in a team.”

As for what most tier 2 teams are missing, it’s usually a combination of lack of communication and lack of ideas. Improvement in anything is not linear at the highest level. You get these huge jumps in skill level whenever you find a new idea that you can use in your game. These ideas come with lots of games played but some players can be somewhat complacent with ideas and isn’t actively looking for ideas to improve, but is instead only looking to improve their button-clicking skills which, in most cases, is not enough to make you compete with the best of the best. There’s also just a lot of players who don’t like to talk and give solutions [to] problems, which makes these teams stagnate. For tier 2 teams to catch up to tier 1 teams you need constant fresh ideas and solutions to problems that exist in a team.

Zyori: What’s it like playing under Dendi as a captain with so much in-game experience?

Xcalibur: Dendi is great and I really like working with him. I wasn’t sure what to expect because I haven’t really played with him in a team before but he’s very motivated and is usually one of the first to offer solutions to problems we have in the team. As for a captain with lots of experience, definitely helps because he’ll give examples with what he’s experienced with different players in the past. 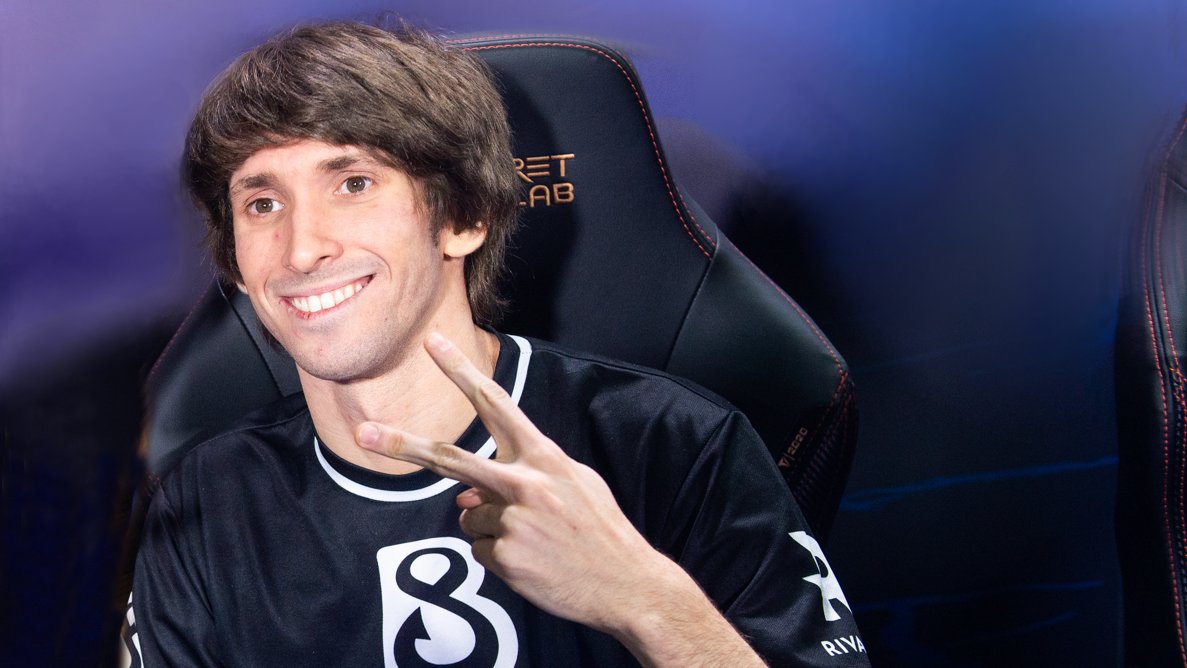 Zyori: You’ve been streaming on a near-daily basis for a long time now. How do you balance streaming with practicing? Is maintaining a high rank on the EU ladder useful in terms of preparing for competitive play?

Xcalibur: I basically stream every matchmaking game I play because my stream is mostly just my gameplay. The main difference between if I play pubs off-stream or on-stream is the amount of time and rest between games. If I play off-stream I usually take [a] longer time to chill between games and I’m not reading chat between games. When I’m streaming, I read the chat which makes my rest not as effective and shorter breaks between games. High rank on matchmaking is important to get you noticed and it means that you have some ideas that makes you win games. It’s definitely good, but it’s not necessary. To be really high rated means that you either have a really good macro game or really good at laning.

Zyori: Who would you say is your biggest influence when it comes to Dota?

Xcalibur: At first it was my cousin, who’s six years older than me. I used to think he was like the best player at this game and I remember back when my goal was just to be able to beat him at this game back in Dota 1. And then it’s the teammates that influence me and makes me a better player. At the start it was N0tail and Fly who, despite I only played with them for one month, impacted me a lot as a player. Most players I’ve played with have impacted me positively one way or another. I’ve had favorite players and Dendi is definitely one of them but nowadays I just look at replays to learn from them. 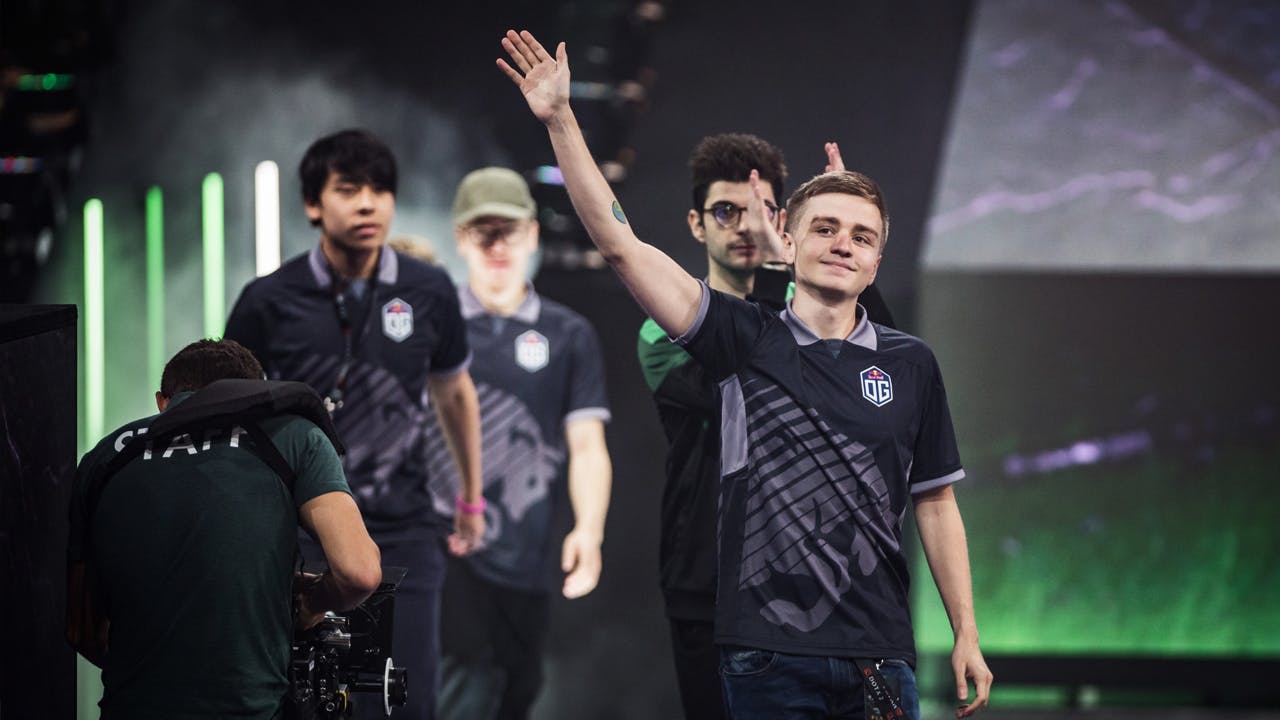 Zyori: What do you think about the current state of tier 2 Dota? Issues with COVID-19 aside, are you happy with the new online league format Valve announced for the 2020/2021 circuit?

Xcalibur: The current state of tier 2 Dota is not good in my opinion. I don’t really like where I am in the professional scene because all I’ve been able to do is get some good results in online tournaments and taking some games but mostly losing in the regional qualifiers vs tier 1 teams. I’ve basically played all regional qualifiers this year and last year but that doesn’t mean much when you don’t manage to qualify or land in the prize pool. [The] European region has also been really hard. It’s not the best feeling whenever your family members asks me how it’s going with Dota and I can’t tell them with confidence that I feel good even though I’m really good at this game.

Despite me not enjoying my situation, I’m still better off than the majority of Dota players so I can only imagine how they might be feeling. I’m sure everyone who’s in top 500 immortal have at least thought about playing competitive but, for now, it’s really hard to recommend it even though they’re part of the best players. I just see lots of top 100-200 ranked players who have probably not earned much playing Dota despite investing 20 thousands of hours into this game. It should be sustainable for more than 30 people each region.

As for if these online leagues will help tier 2 Dota, it’s a tricky question because even though tier 2 players gets to play with tier 1 players consistently it’s still hard for them to place high enough to get into the prize pool I think. As for the next season DPC with the online league, from what I know is that 14 teams will be consistently having some earnings and is a step in the right direction.

Zyori: How do you feel about the current 7.25 patch?

Xcalibur: I’m overall happy with Dota’s balance, what I really dislike about Dota is all the overpowered last picks, like Meepo, Broodmother, Huskar and Alchemist. It just makes the game boring from the draft and it feels like you’re playing an unwinnable game at times.

Zyori: Is Meepo viable in the current competitive meta after his last nerfs?

Xcalibur: He’s definitely still viable but the nerfs he got are pretty huge. The biggest changes are when you get level 1 and level 2 ult. You get your level 1 ult basically one minute later than before now which makes laning phase way harder to play and you don’t snowball as hard from lane. This also means you hit your level 2 ult slower, at the same time they also made level 2 ult at level 11 which means they delayed your timing even further than just you farming slower than before. His level 2 ult was his first big timing that made him really strong but that got delayed by two-three minutes I would say.

Zyori: What would be needed for Tinker to become competitively viable again?

Xcalibur: First of all the TP scroll change didn’t help his case. What you used to do on Tinker before travels is just that you TP’ed back to base and back to lane a lot. The TP scroll gold change made his refill 80 gold more expensive and it’s really hard to reach travels without a good laning phase. That combined with his long cd spells makes him a weak laner makes him a weak hero. So I guess he either needs lower cd on spells to make him a better laner or they need to make travels cheaper or they need to make TP scroll cost less gold again.

Zyori: Are there any heroes you feel are particularly broken right now?

Xcalibur: I think Phoenix and Chen are pretty broken. They’re just too strong on lane and too strong on teamfights which makes them hard to play against.