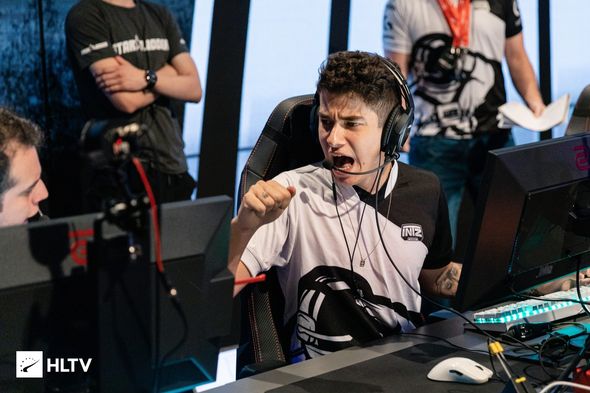 Xand announces he will be leaving INTZ. (Photo courtesy HLTV)

Xand has announced his departure from INTZ’s Counter-Strike: Global Offensive squad. According to his tweet, he is looking for a new home, whether it be another Brazilian team or an international team.

Good night guys, 2019 is over, a very good experience with INTZ and now it's time to look for a new home, I'm looking for a new time, be it Brazilian, American or European, I have medium English and fluent Spanish, Contact me in case you need.

Xand has been playing CS:GO since the game’s release. He has been part of numerous South American rosters, including multiple stints on INTZ. His most recent contract with INTZ began in September 2018 when they acquired the un-sponsored NoTag squad.

Immediately, the team started to show promising results. They qualified for the ESL Pro League Season 8 Finals, DreamHack Open Rio, and the StarLadder Berlin Major. However, INTZ’s players kept receiving offers to transfer to other teams. Notably, João “felps” Vasconcellos and Vito “kNgV-“ Giuseppe were both picked up by MiBR in 2019. Despite this, xand and INTZ managed to re-qualify for ESL Pro League Season 11.

In late December, INTZ’s in-game leader Gustavo “yeL” Knittel made a Tweet stating that the INTZ players were looking for potential offers in 2020. Xand is the first starter to leave the organization since then. After his departure, the only INTZ player remaining from the NoTag roster is Mercelo “chelo” Cespedes.

No matter where he goes, xand will be a valuable asset. He has an entry frag heavy play-style and averages good damage and K/D ratio stats. Hopefully he can find a home before the many upcoming tournament circuits begin.