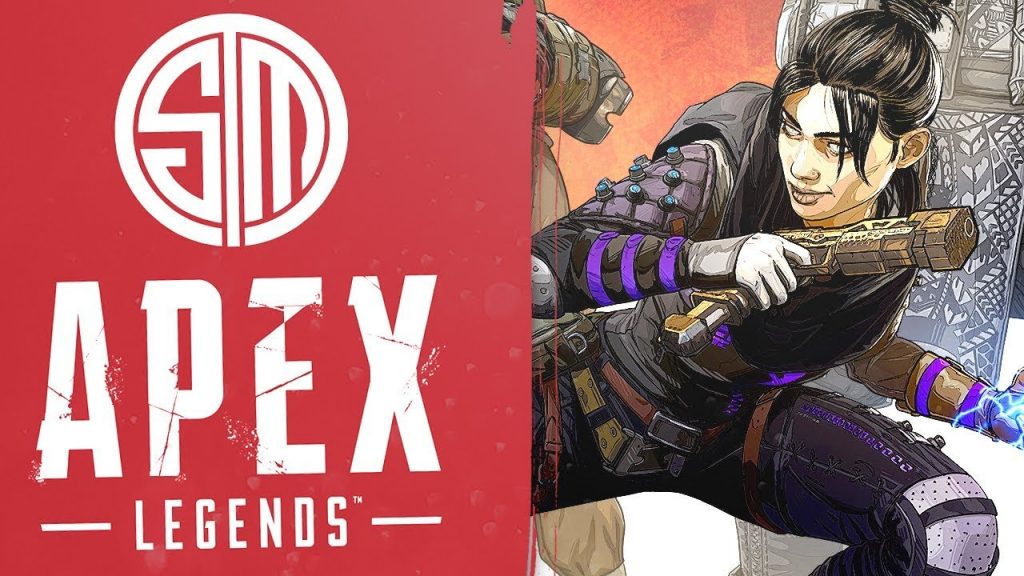 Team SoloMid’s Apex roster held off late-tournament surges from Team Reciprocity and Sentinels to lift the EXP Invitational trophy at the X-Games in Minneapolis.

“It’s only a matter of time before Apex moves more towards this kind of format, battle royales normally take time with custom lobby-focused stuff but they all eventually get to that place and that’s what helps the scene grow,” ImperialHal told us.

“As far as I’m aware no one enjoys doing the public game formats, everyone I’ve spoken to in the scene says they enjoy the LAN games where you play against other pros so much more because that’s actually a challenge,” added Reps.

“When you’re playing against pub-teams it’s not really a challenge. As well as that, it must be so much more fun for spectators to see players face off against each other as opposed to just killing random players. It brings emotion to the games when it’s team vs team.”

“Bringing emotion” was certainly a good way to put the run home for TSM as they clinched the top spot at the EXP Invitational. The squad scored 125 points across the twelve-round format, just five ahead of Reciprocity and 14 ahead of Sentinels.

Luckily for TSM, the bank of early points they’d earned on the first day had put them in good stead. They didn’t even have to win their final round. Instead, they finished second behind Fnatic (fourth with 103 points) and collected seven kills. It was just enough.

Though it looked for a second like @Sentinels could take it from them, @TSM held strong earning the title of the #EXP Apex Invitational Champions! 🏆

A huge thank you to all our teams for joining us and congrats to our winners! pic.twitter.com/bU0md2kqGE

Considering TSM had a “poor” eleventh game, netting an 11th place finish and just five kills, there was some concern they were going to choke their lead. Reciprocity had just scored 20 points off 13 kills and third and were two points off the leaders.

Enter the calming voice of Reps, who rallied the team ahead of the X-Games faux-final.

“Jordan got us together for a reset and just said “This is the last game, no matter what’s happened we just have to do our best,” and we all agreed to aim for perfection that game,” Imperial said.

A poor drop-zone and RNG on weapons and loot quickly confirmed TSM “weren’t in a position to win,” but the squad knew they had an upper hand on the overall standings. If they could out-pace Reciprocity and Sentinels, the crown was theirs.

“Any feeling that we had about the game being hard, or stress of points, that all went out the window because we knew there was no time for that. We got the position that we wanted, we got the kills that we needed to collect points, and everything started going our way.”

The mentality was enough. TSM scored the second place in-game, and the win overall to net themselves $30,000 and a historic place as one of the first Tier 1 winners on the pro circuit.

It’s a great place for the roster to be heading into the Apex Legends Preseason Invitational. At least, from the outside looking in it is. According to the TSM roster, the “target on their backs” could make going back to back extremely difficult.

“There’s a lot of pressure on us now, we did really well at X-Games so now there’s a lot of teams that want to focus us to prove they’re good, or maybe copy our strategies if we’re streaming and scrimming,” Reps said.

“We’re going to aim to bring a lot of new stuff into the tournament, formulate some secret stuff to make sure we have the edge. It’s going to take time to prepare, but we’re looking forward to the competition. It’s going to be awesome.”

At the end of the day, the chance to make history with the first EA and Respawn-hosted event is still something that the TSM squad is counting down the days for.

“We’re just super excited. We’re going to be scrimming every day like we have been for months, and this is the future of Apex so it’s cool to be apart of it. We want to keep representing TSM, and make them proud,” said ImperiaHal.

The Preseason Invitational is set to be hosted in Krakow, Poland from September 13 to 15. High-ranking teams like TSM, Sentinels, and Reciprocity have already been invited, and up to 80 teams are expected to compete. The EA-backed event boasts a US$500,000 prize pool.

Other
Share
Isaac McIntyre
Isaac 'Everin' McIntyre is an Australian esports journalist, primarily covering the European Championship and stories and narratives about League of Legends around the world. He played an embarrassing amount of Summoners Rift games with a locked camera before figuring out it was completely optional.
Follow me