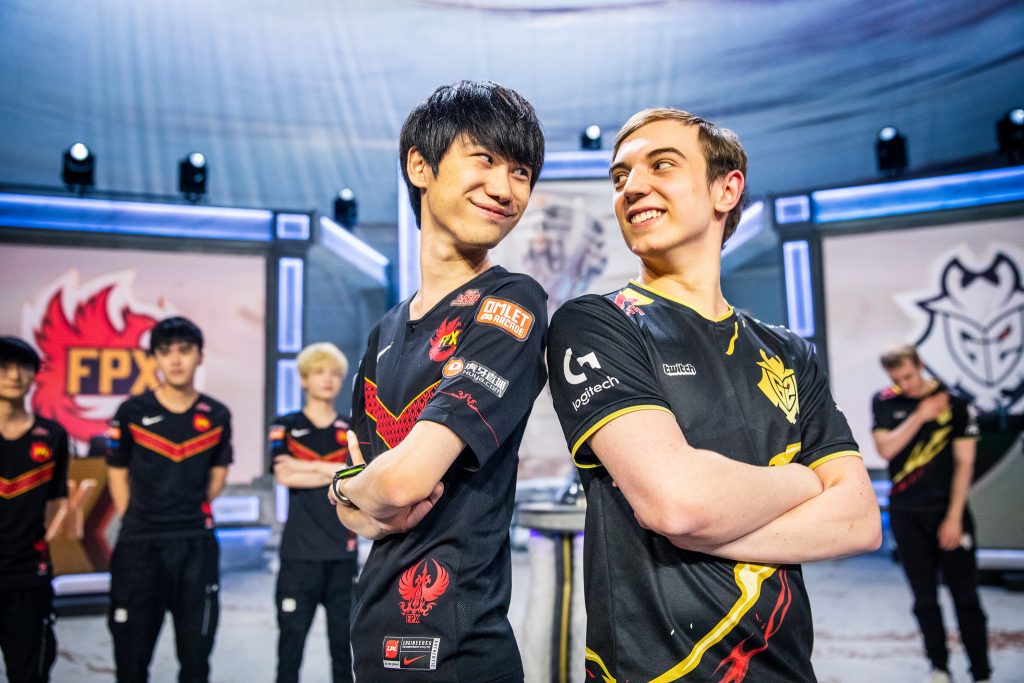 After a historic Semifinals weekend between FunPlus Phoenix, Invictus Gaming, SK Telecom T1, we now have our finalists for the 2019 League of Legends World Championship. FPX and G2 Esports will meet in Paris on November 10 to finally determine who will raise the Summoner’s Cup. For the second year in a row, both Europe and China have proved themselves as the strongest regions. Let’s review the Worlds 2019 Semifinals journey for each team:

After escaping an easy group and shutting out a shaky-looking Fnatic in quarterfinals, most people weren’t very confident in FPX’s ability to deny the reigning world champions in IG a shot at defending their title.  It took career performances from each member of the team to disprove the doubters for good. 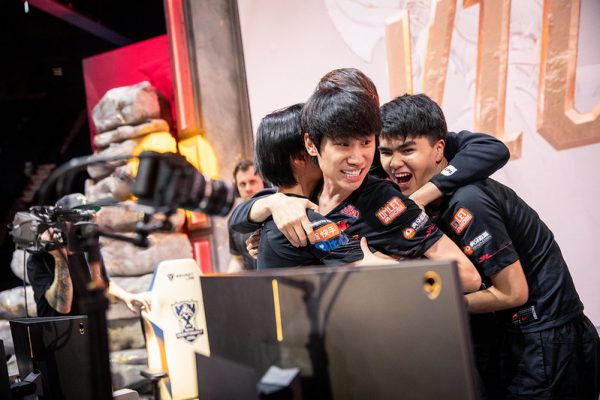 FPX pulled out all of the stops in game one of their Semifinals series, leading off with an incredibly powerful team comp centered around Kim “Doinb” Tae-sang’s Rumble mid and Gao “Tian” Tian-Liang’s Qiyana jungle. Their plan was crystal clear: dominate early/mid game skirmishes and rollover IG in the late game with their explosive team-fighting capabilities. All it took was a single Rumble+Qiyana ultimate combo outside of IG’s base to close the game out.

A team as volatile as IG can’t be disheartened after a single loss, however. In game two they didn’t pull any punches and completely let loose, setting up for the second bloodiest Worlds game of all time at 59 kills. Top laner Kang “TheShy” Seung-lok’s Vladmir and mid laner Song “Rookie” Eui-jin’s Lucian hard carried the match, but the game was a back and forth bloodbath. When it was down to the wire, a failed baserace attempt from FPX ADC Lin “Lwx” Wei-Xiang left an opening for IG to end.

Meanwhile, Tian’s Qiyana, LWX’s Xayah, and Kim “Gimgoon” Han-saem’s Gangplank were able to establish leads of their own and snowball them throughout the map to choke out IG. It was the shortest game of the series at just shy of 26 minutes, and a textbook game out of the LPL first seed team.

Coming off a clean win, FPX looked to keep a similar draft in game four while IG opted to play for late-game scaling, a strategy that was out of sync with their overall playstyle throughout the series. Unfortunately for IG, the lack of early game agency lead to them getting completely stomped for the first 17 minutes of the game. Two fights outside of their base and a miracle quadra kill from TheShy’s Kayle edged them back into the game.

Their mechanical prowess gave them this edge, but their lack of teamwork became more apparent as the game drew out. After that comeback, IG went on to misplay every single ensuing teamfight, shifting the lead back into the hands of FPX. As they were knocking on the doors of FPX’s base, bad positioning from TheShy lead to him being taken out of the fight before it even began. With IG’s main source of DPS missing, FPX were able to pull a clean ace and wrap the series up 3-1. 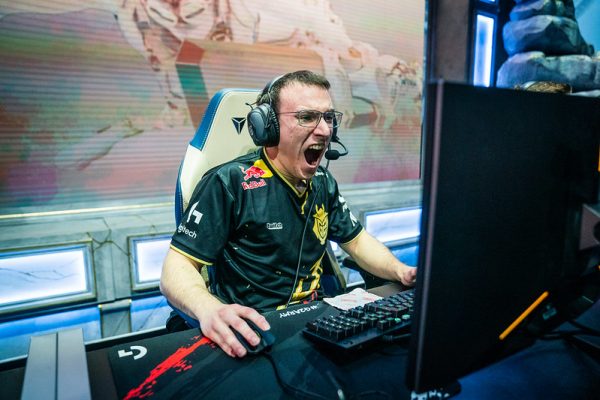 As the reigning Mid-Season Invitational champions and two-time League of Legends European Championship (LEC) victors, all eyes were on G2 coming into Worlds to complete their grand slam and cement themselves as the best team in the world. The only thing standing in their way was Lee “Faker” Sang-hyeok’s SK Telecom T1, who looked like the best performing team in the tournament.

G2’s biggest strength throughout the knockout stage has been their incredible map movement, and they fully put that on display in game one. Despite SKT controlling the early game from the topside with Kim “Clid” Tae-min’s Gragas and Kim “Khan” Dong-ha’s Renekton developing sizeable early leads for themselves, G2 salvaged what they could by committing Rasmus “Caps” Winther’s Ryze to side lanes.

After a greedy overextension by Caps, SKT was able to get a free pick in bot lane and earn vision around the Baron pit before G2 answered back with a stray kill onto Faker’s Neeko. With control over the pit, SKT began Baron with Khan waiting to collapse in top lane. G2 was quicker to pull the trigger and won the ensuing fight purely through out-team-fighting the Korean hopefuls, giving them enough momentum to take the first game for themselves.

Feeling confident about their coordination and ability to outplay SKT, G2’s draft for game two aimed to set Caps’s Ryze and Luka “Perkz” Perković’s Ezreal up with three frontliners that could easily stack CC. SKT’s answer to this was to play hard and fast, putting Faker on his signature LeBlanc and their bot lane duo of Park “Teddy” Jin-seong and Lee “Effort” Sang-ho on Yasuo and Gragas respectively.

As if to answer back in defiance against G2’s convincing game one victory, SKT dominated game two with impressive score lines across all lanes. Khan’s Renekton was a deathless monster, hunting down any member of G2 that dared to farm waves to catch up. G2 made a desperation play for Elder Dragon and SKT followed up like clockwork for the ace, putting them on the board for the first time this series.

Game three was the closest of the series, and both teams went blow for blow in the early game. Each time a kill was given up on the map, G2’s roam squad of Mihael “Mikyx” Mehle and Marcin “Jankos” Jankowski set up a pick to even the score. A pick onto Caps’ Orianna broke the game wide open for SKT and prompted them to turn right onto Baron.

To claw their way back, G2 won skirmish after skirmish, throwing more gold onto Perkz’ scaling Xayah. To stop G2 from running away with the lead, SKT went for a Hail Mary Baron play that was followed by a quick collapse from G2 to clean them up and run away with the game.

G2 looked confident as ever going into game four, especially after securing the Yasuo/Gragas bot lane — a combo that they helped popularize in the pro scene — for themselves. In this do-or-die moment,SKT turned to their shot-calling substitute support Cho “Mata” Se-hyeong.

Looking solely at the first 18 minutes of this game, people were probably preparing for a game five. Although the tower score was tied, SKT lead in kills 8-2 and had secured triple Ocean Drake before 20 minutes. One clutch teamfight around SKT’s mid lane outer turret game G2 all of the resources needed to stay on their feet and setup for a comeback.

From there on out, G2 committed themselves to taking as many fights as possible to put the pressure on SKT to make a move. After losing out on Baron, G2 executed a crucial base defence and nearly aced SKT to grab a tower and inhibitor for themselves. A critical misplay from Faker’s Qiyana gave G2 the window for the teamfight victory they needed to punch their ticket to Paris.

G2 will face off against FPX for what could potentially be the most exciting Worlds final of all time. As G2 look to complete their golden road and win every major tournament of the year, the underrated FPX lineup, helmed by “super-carry” Doinb in the mid lane, have their eyes set on defying expectations and returning the trophy to China.

Worlds 2019 Finals kick off on November 10 in the AccorHotels Arena in Paris, France at 1:00 p.m. CET. Stay tuned for more Worlds content from Hotspawn as the World Championship comes to a close.