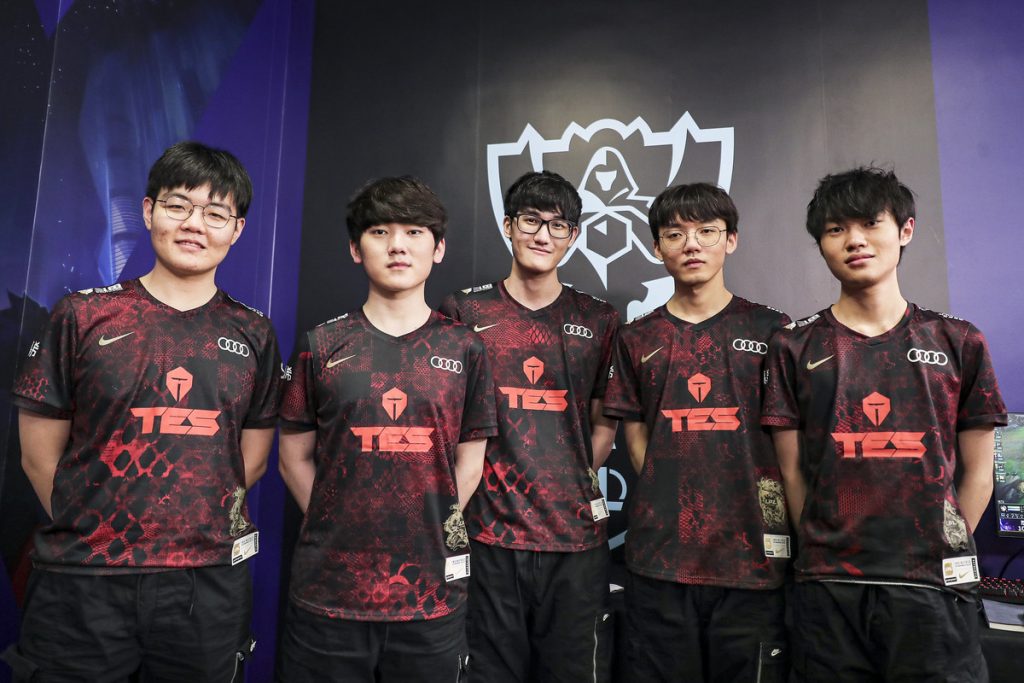 The group stage of the 2020 World Championships concluded with the final games of Group D. Top Esports (5-1) and DRX (4-2) took care of business, finishing first and second as expected. However, FlyQuest pulled off a surprising upset to prove that North American teams can compete with the World’s best. We take a look at the top storylines of the World Championship so far.

Top Esports and DRX entered as the favorites in Group D, and they will exit as the seventh and eighth teams to join the quarterfinals field. Top Esports will advance as a first seed after finishing 5-1, while DRX settled for second after finishing 4-2.

Top Esports opened the tournament with a convincing win over FlyQuest. Hung “Karsa” Hao-Hsuan’s Graves paced the team with a 6/0/8 Graves performance in the 19 kill to 7 win. TES didn’t have as easy of a time in game two against DRX, as they trailed in gold for the majority of the game. Still, their team fighting was crisp when it counted, allowing them to make a 15 kill to 9 comeback in 32 minutes. TES then closed out their first round robin with a 27 kill to 15 slugfest against the Unicorns of Love.

TES began the second round robin in the same form, stomping UoL 25 kills to 3 in 27 minutes. However, TES finally looked beatable in their second matchup with FlyQuest. FLY’s level one invade put them ahead early, and despite TES fighting back with picks on Colin “Solo” Earnest and Lucas “Santorin” Tao Kilmer Larsen, FlyQuest remained in control throughout. Tristan “PowerOfEvil” Schrage’s Azir (3/0/10) and Jason “WildTurtle” Tran’s Ashe (7/1/5) carried the day for FLY, leading them to a 16 kill to 6 upset of TES. Now at 4-1, TES needed to beat DRX in the final game to avoid a tiebreaker for first place.

That is because DRX also entered their final game against TES sitting at 4-1. DRX started their tournament with a quick 22 kill to 5 win over UoL. After losing to TES in their second game, DRX rebounded with a 13 kill to 6 win over FlyQuest to end the first round robin 2-1. DRX then took care of FlyQuest (15 kills to 4 in 30 minutes) and UoL (24 kills to 7 in 36 minutes) to set up a rematch with TES for first place in the group.

With first place on the line, the game was incredibly passive in the early going. First Blood didn’t come until 24 minutes, when Karsa took down Kim “Deft” Hyuk-kyu as part of a three-for-zero win for TES. That fight gave TES their first gold lead, Baron, a turret, mountain drake, and was the beginning of the end for DRX. Another Baron secure for TES grew their lead to 4.2k, allowing them to win 8 kills to 3 in 38 minutes to advance in first.

The bracket for the Quarterfinals of #Worlds2020 has been decided!

What game is going to be most exciting? 🤔 pic.twitter.com/06N7rng7JR

With the quarterfinals field now set, we can already see the ramifications of the standings in Group D. Top Esports will play second seed Fnatic in their best-of-five matchup, while DRX will have to face DAMWON Gaming. Though Fnatic played well in Group C, there is no doubt that any team would prefer to play them than DWG, one of the tournament favorites. DRX know the strength of DWG first hand, as DWG swept DRX 3-0 in the LCK Summer finals.

When the group draw was complete, there wasn’t much hope for FlyQuest in Group D. Top Esports were one of the top three favorites in the entire field, while DRX were an LCK team oozing with talent. It looked like they would be competing with the Unicorns of Love for the consolation prize of finishing third in a top heavy group.

FlyQuest did end up finishing third in the group, but their performance was even better than expected. Not only did FLY take care of the Unicorns of Love in both of their matchups, they also upset Top Esports in a game that still mattered for TES. FlyQuest may have already been eliminated, but that loss by TES meant that TES still had to beat DRX one more time to win the group. There can be no doubt about it: FlyQuest beat a TES team that was trying to win at full strength.

Don't steal our ocean soul, we'll make you regret it! 😤

FlyQuest could not muster up much of a challenge in either of their losses to DRX, but that’s about how you can expect the matchup to go most of the time. The bigger point was FlyQuest proving that North America’s second seed can go toe-to-toe with and actually beat the team that entered Worlds as the favorite. Not even DRX took a game off TES in the group.

FlyQuest have established themselves as the most consistent performer in North America in 2020. They finished second in the LCS Spring and Summer Splits, and though they never came out on top, they were always one of the top teams in the league. They now tied Team Liquid with the best record at the Worlds Main Event, further adding to their great 2020 run. They should enter 2021 as one of the top teams in the LCS.

The majority of FlyQuest’s roster remains signed through 2021, but Santorin is set to become a free agent in November. The star jungler has especially high value given his NA residency, so he should be well sought after on the open market. FlyQuest would obviously love to re-sign him, but they’ll have to pay up for the 2020 Summer Second Team All-Pro.

If FlyQuest are looking to upgrade a position heading into 2021, top lane could be a priority. Solo has had a great resurgence as a pro in the past couple of years, but he was clearly outclassed on the international stage. It is true that FlyQuest does not play around him and Solo has shown great growth throughout his career, but he was still clearly FlyQuest’s biggest individual weakness at this tournament.

Still, FlyQuest’s consistency in play is admirable in a league whose first seed just finished their tournament without a single win. They should be contenders in North America again if they bring back the same lineup.

With the conclusion of Group D, the quarterfinals field is now set. Top Esports will play Fnatic, Suning will play JD Gaming, Gen.G will play G2 Esports, and DAMWON Gaming will play DRX. The best-of-five matches will begin with TES and FNC on Thursday, October 15th at 3 a.m. PST.