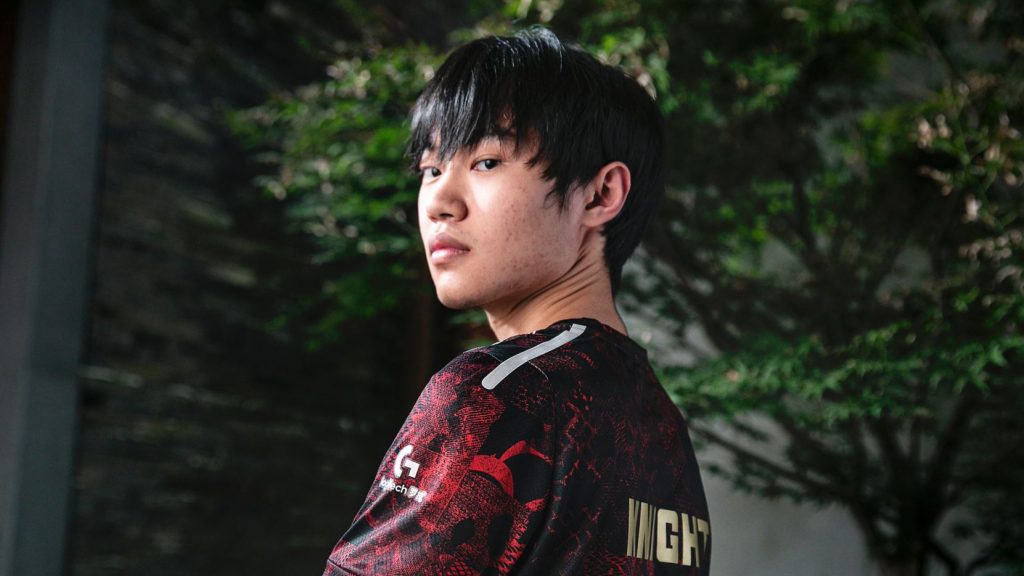 In case you didn’t manage to catch all of the Worlds Group Stage action and aren’t sure what to look out for the coming days, worry not. In this article we go over the four series ahead of us, discussing the shape of the teams and what to look out for when they enter the stage yet again to keep their dream alive. 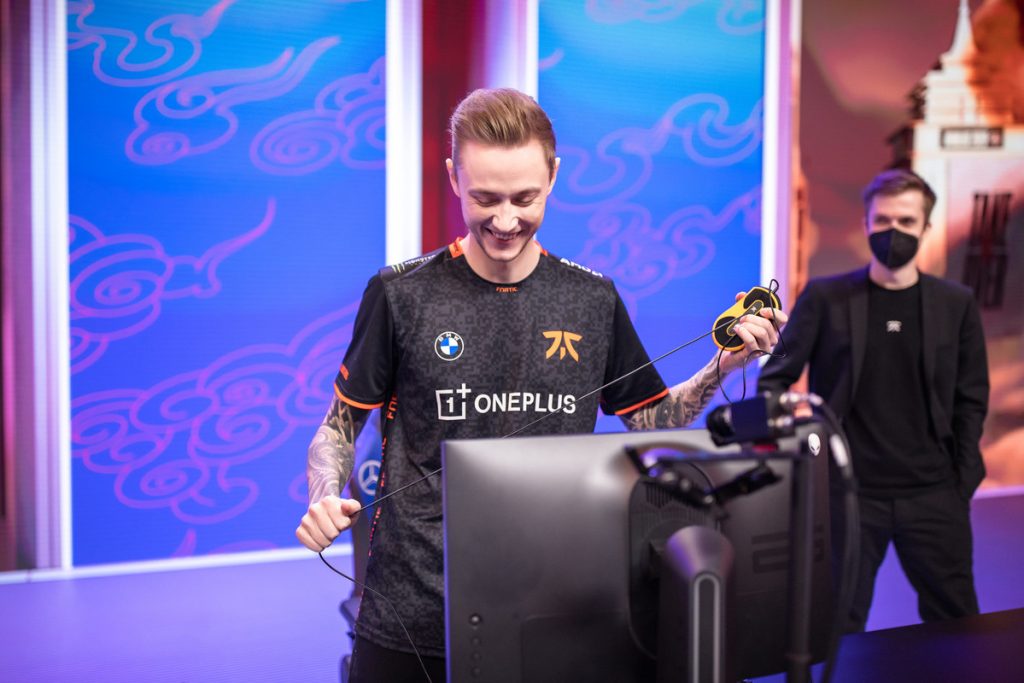 Will Rekkles overcome his obstacle from 2018? Photo courtesy Riot Games.

Top Esports keeps their title as one of the tournament favorites after going through their Worlds group with ease. One speed bump against FlyQuest aside, the Summer Split champions of the LPL were as dominant as many said they were going to be. Top Esports’ team play was good, but, as has been true for them since their rise, it was their individual prowess that truly excelled. Top laner Bai “369” Jia-Hao and bot laner Yu “JackeyLove” Wen-Bo especially stood out. In the Group Stage, Top Esports showed that it can flex between strategies and champions with ease—in their six matches so far, they’ve played six different champions in both the top lane and mid lane.

Fnatic surprised most people with their showing in the first week of competition in the Group Stage by winning two matches and losing only one. Historically, Fnatic would struggle in the first week and then come back stronger in the week after, clutching a top eight spot. Not this time. Right out of the gate the team came out swinging with jungler Oskar “Selfmade” Boderek and support Zdravets “Hylissang” Iliev Galabov leading the charge, backed up by solid performances from their teammates. While they may not have had the toughest group to deal with, the momentum Fnatic has gained is incredibly important for the team’s confidence after a shaky Summer Split in the LEC.

The match-up everyone is—or should be—excited for is the rematch between JackeyLove and Martin “Rekkles” Larsson. At the 2018 World Championship, when JackeyLove still played for Invictus Gaming, the two met each other in the Group Stage, where Fnatic emerged as first seed after winning a tiebreaker match. Fnatic and Invictus Gaming fought on opposite sides of the Knockout Stage bracket until they both reached the grand finals. This time, Invictus Gaming was too strong and JackeyLove lifted the trophy. While JackeyLove is surrounded by four different players on his team now, his clash with Rekkles will make fans, and the two bot laners, relive moments of glory from years ago. 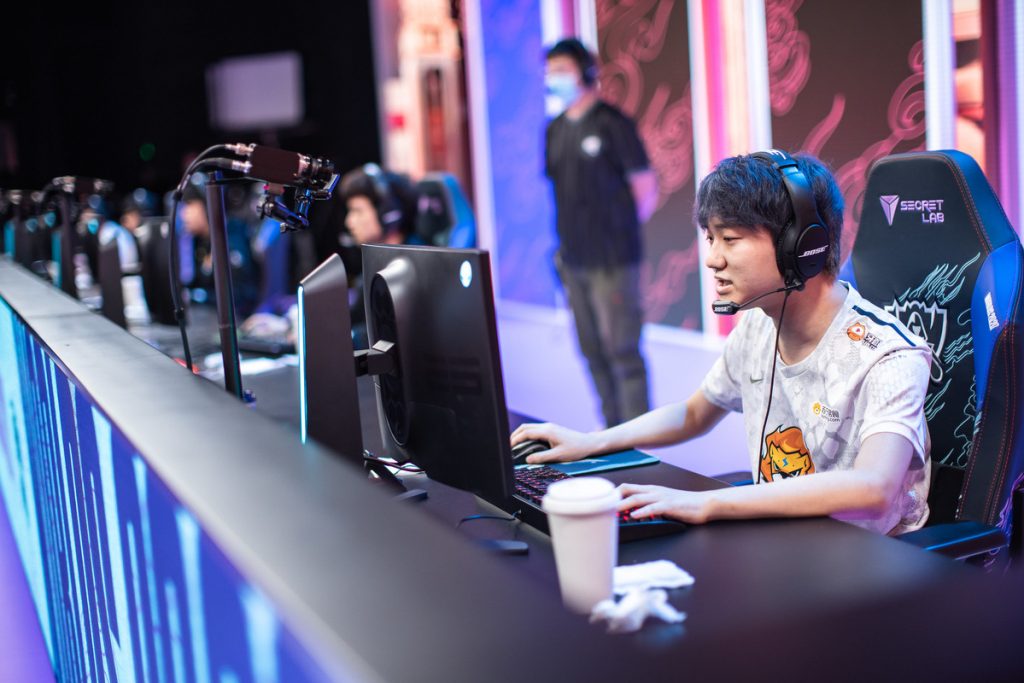 Suning gets a chance at ultimate revenge in the top eight. Photo courtesy Riot Games.

It was said that there was a gap between the top two Worlds seeds coming from the LPL (Top Esports and JD Gaming) and the rest, but Suning is here to prove them wrong. In Group A, a group that ended up being more competitive than expected, Suning came out as first seed following a tiebreaker match with G2. While their games haven’t been exactly what you’d call ‘clean’, Suning showed that they can be innovative, consistent, and most importantly when going into best-of-five series: they’ve been resilient. Even when behind massively, Suning kept their opponents on their toes, seeking every smallest chance to get back into the game.

JD Gaming, whose year has been nothing if not impressively consistent, did not pack as strongly of a punch straight away. They were shamelessly stomped by DAMWON Gaming in the Group Stage when the two first met, and even ended up losing a game to Play-In team PSG Talon. Still, in the games where JD Gaming did win, the brute force they were in the LPL was clearly visible. They did manage to topple DAMWON Gaming in the second half of the double Round Robin through immaculate team play and seemed to be back in shape fully by the time the Worlds Group Stage rounded up.

Of course, the quarterfinals between these two teams is a rematch of fiery LPL action we witnessed earlier this year. Unfortunately for Suning, that track record doesn’t look fantastic for them, seeing as JD Gaming beat them. However, given the shape both teams appear to be in, it will be a lot closer this time around. Both top laners Chen “Bin” Ze-Bin and Zhang “Zoom” Xing-Ran, as well as junglers Lê “SofM” Quang Duy and Seo “Kanavi” Jin-hyeok have looked phenomenal. When it comes to team performance, JD Gaming seems to have an edge. However, Suning is a team that can whip out sneaky picks and builds; SofM’s tank Lee Sin is still engraved in everyone’s mind. 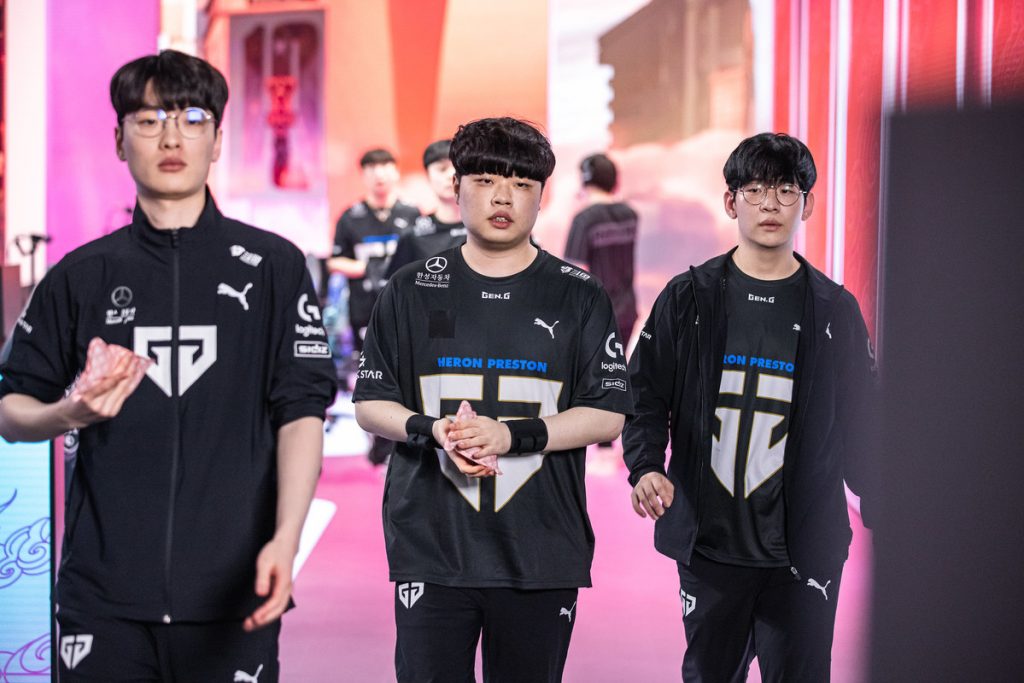 Can Gen.G make it to an all-Korean semi final? Photo courtesy of Riot Games.

Gen.G entered the Worlds Group Stage as a third seed (that of the LCK), but impressively leaves it as the first seed. They started the tournament pretty well with victories over TSM and LGD Gaming, but in a nailbiter of a game against Fnatic suffered a loss after all. From there on, though, Gen.G kept winning. In their second week of competition it did look like they would drop a game against a winless TSM, but the North American team decided to help Gen.G a bit with securing a first seed and threw the game. Gen.G hasn’t looked crisp yet, but were fortunate to play in a group without any tournament favorites.

G2 Esports has had its share of stumbling blocks too. The semi finalists of last year’s Worlds came off the back of an inconsistent Summer Split in the LEC, and aren’t even close to the seemingly invulnerable shape they were in last year. G2 is consistently losing the early game, with jungler Marcin “Jankos” Jankowski having an especially rough time playing on carry jungler champions. A stark contrast with support Mihael “Mikyx” Mehle, who is enjoying one of his best competitive showings in recent times. G2 still has the ingredients for a brilliant performance, but they’re missing a recipe to balance them well with. In the initial match against Team Liquid, G2 was a no-show. In the rematch, they straightened their backs and kicked ass again.

The quarterfinals between these two teams will be one of opportunity. G2 has traditionally been a much stronger team in best-of-five series than they are in best-of-ones as it allows them to ‘feel out’ their opponents more, finding their pressure points and cutting them down. There is a lot of room for them to improve, and perhaps against an opponent who isn’t a tournament favorite they’ll find some wiggle room. But Gen.G has played the entire year in best-of-threes, as that is the format within the LCK. They’ve looked more comfortable in this meta than G2 has too, and while on an individual level G2 might have a higher skill ceiling, Gen.G’s play has simply been more consistent. 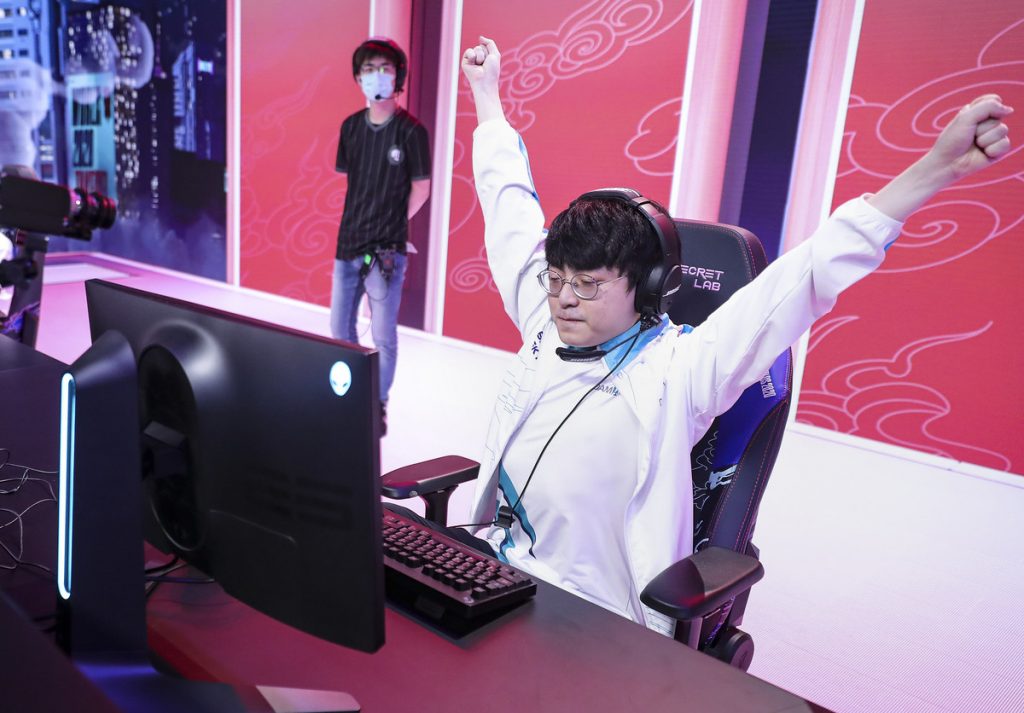 If DAMWON Gaming wasn’t a tournament favorite for you heading into Worlds 2020, they absolutely should be by now. The South Korean team had arguably the most dominant performance of any team in the Group Stage. In the first half of the Round Robin, every opponent they came across was dealt with easily. Even group partner and another tournament favorite JD Gaming stood no chance. Thankfully for everyone but DAMWON and their fans, JD Gaming did prove that gods can bleed and defeated DAMWON in the rematch. Still, DAMWON sits at the top. All their players can and have stepped up to carry a game. They’re comfortable in the meta. Their team coordination is spot-on. They’re the complete package.

And if that makes things look bleak for DRX, well, that honestly is probably an accurate representation. DRX claimed the second seed in their Worlds group and deservedly so. They played well against Unicorns of Love and FlyQuest, but Top Esports simply was one step above. Mid laner Jeong “Chovy” Ji-hoon is playing extremely well, as many hoped he would, and could easily be seen as the best-performing mid laner at the tournament so far. But as a team, DRX seems to fumble with their own compositions. They approach teamfights suboptimally and rely on individual prowess to carry them through.

DAMWON Gaming bested DRX in the LCK Summer Split finals with a clean 3-0. But this quarter final match at Worlds, while unequivocally favorable for DAMWON, is not determined yet at all. As FlyQuest showed, there is a way to beat Top Esports and punish the mistakes they make. But conversely, DAMWON has been relentless when it comes to the mistakes their opponents make. Give them an inch and they’ll take a mile. The eyes will be on both teams’ mid/jungle duos, who have stood out: DAMWON’s Canyon and ShowMaker versus DRX’s Pyosik and Chovy.