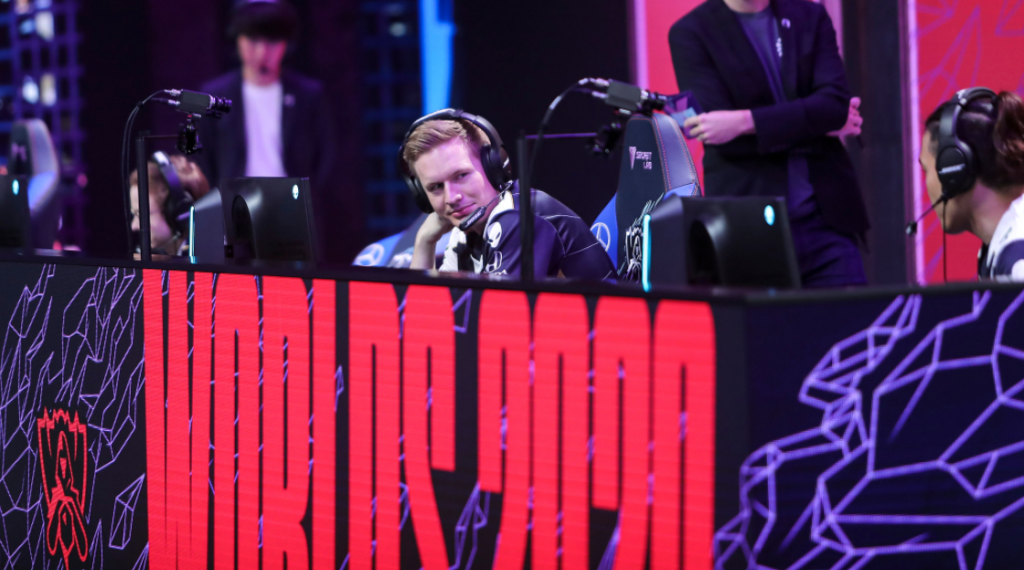 Broxah will meet his old rivals of G2 in the Group Stage. (Photo courtesy Riot Games.)

The League of Legends World Championship’s first stage has come to a conclusion. After six days of surprises and redemption stories between smaller regions’ champions and lower seeds of major regions, we now know which four teams advance to the Worlds Group Stage. Here they’ll be met with the strongest teams of the largest regions competitive League of Legends has to offer (minus Vietnamese representatives due to COVID-19).

So, who will meet who? Which clashes are we guaranteed to see, and for which teams does the future look bright with qualification for the Knockout Stage on the line? 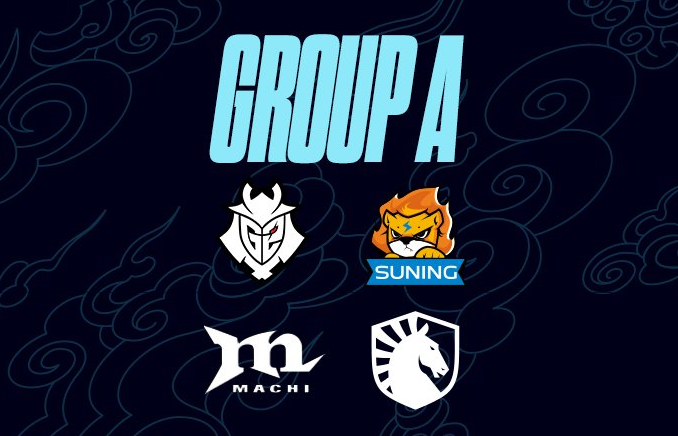 In Group A we find LEC first seed G2 Esports, LPL third seed Suning, PCS first seed Machi Esports, and LCS third seed Team Liquid. While many fans of European League of Legends may quickly see it as a ‘free group’ for their champions G2, it will greatly depend on the shape they show up in. At their peak, sure, G2 might even be a true contender for the World Championship title. But they ended their Summer Split in questionable shape. Suning, while undoubtedly a rank lower than JD Gaming and Top Esports, still held their own with relative comfort in the strongest league in the world.

It may be even harder to judge Machi Esports’ strength heading into the Group Stage as the PCS is not a region many follow, but their numbers speak in their favor. In the Summer Split Finals, they 3-0’d PSG Talon, who emerged as first from their Play-In group after beating the likes of LGD Gaming and Unicorns of Love. Machi Esports dominated the newly formed PCS region and won’t go down without a fight. Meanwhile, Team Liquid has set the bar high for their fellow North American teams. Aside from a not-to-be-discussed match versus INTZ, Team Liquid looked crisp in the Play-In stage. The players were in sync, the gameplay was determined, and they handily made it to the Group Stage. 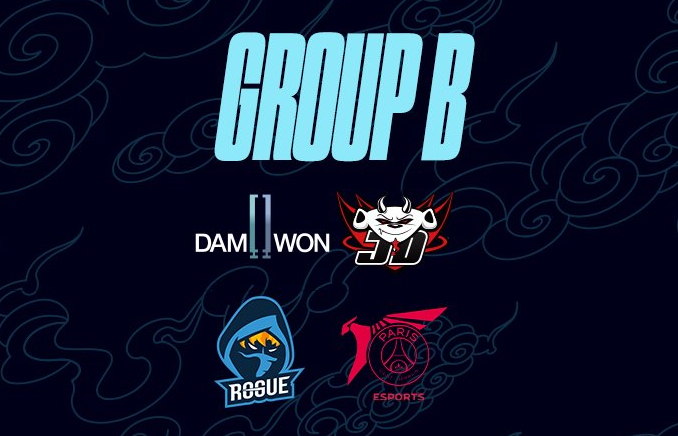 Worlds Group B is the most stacked group in the World Championship’s Group Stage. DAMWON Gaming and JD Gaming both are favorites to win it all and bring home the Summoner’s Cup. DAMWON Gaming was by far the best team in the LCK in the Summer Split. They ended the Split with a tied first place for best overall record in LCK history. Almost their entire lineup was voted on the All Star roster. But JD Gaming is no slouch either. All year long they’ve gone toe to toe with Top Esports, actually defeating them in the Spring Split Finals. In an esports encyclopedia, the definition of the word ‘team’ would have a picture of JD Gaming’s roster next to it.

But to write off their competition immediately would be foolish. Rogue, who finished third in the LEC, has proven to be strong in best-of-one formats and the Group Stage is played in a double Round Robin, best-of-one format. They finished first in the regular Summer Split of the LEC, and even though they needed to be woken up by Fnatic first, in the Playoffs Rogue showed they can quickly shift gears and adapt. PSG Talon is the greatest mystery heading into the Group Stage, even if we’ve already see them dominate in the Play-Ins. Loaned players Kongyue and Uniboy, who played a huge role during the Play-Ins, will be replaced by PSG Talon’s own River and Tank, and it remains to be seen how effective this rendition of the team will be internationally. 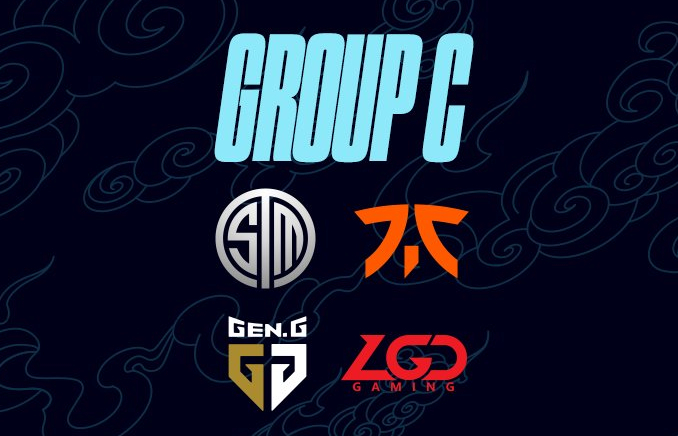 If there’s any group where any team can make it out, it’s Group C without a shred of a doubt. All the teams in this group definitely have great names and potential, but all have also shown weaknesses. TSM impressively fought their way up through the lower bracket of the LCS Summer Split to claim the championship title, but they made it unnecessarily difficult for themselves. Rarely in any of the series played could you say TSM was evidently dominating. Fnatic had their worst Split in recent history, perhaps of all time, in the Summer. Their roster barely even made it to the Playoff Stage and was hanging together with duct tape and tie wraps. While the team boasts incredibly gifted individuals, they will have to have found coherence and synergy to make a good run at Worlds this year.

Gen.G comes in as the group favorite, despite being the third seed of the LCK. Of the teams in their group they’ve put out the most consistent performance. While that consistency was not of the highest level in the LCK—that spot is reserved for DAMWON only—they have the best starting position to improve from. While star-studded in the jungle and mid lane, Gen.G has the best bot laner in the world on their roster: Park “Ruler” Jae-hyuk. Finally, there is LGD Gaming, who are working on a recovery story. After a disastrous start they were almost the first team in Worlds 2020 to be eliminated, playing an elimination tiebreaker match against the LJL’s V3. From there on, however, the squad made the Group Stage with two consecutive 3-0 victories. 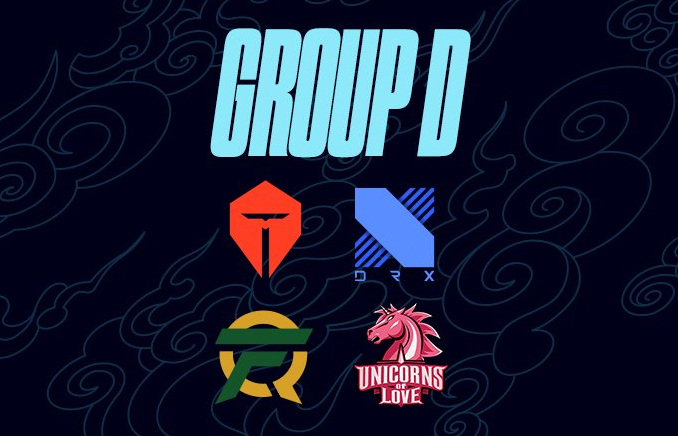 There is one clear favorite to win Worlds Group D: Top Esports. The kings of the LPL’s Summer Split have gathered a lot of hype internationally because of their performance, with mid laner Zhuo “knight” Ding being touted as the best mid laner in the world. But Top Esports has a phenomenal roster throughout. If this team finds comfort in the meta and can polish their teamplay from a 9/10 to a 10/10, it’s hard to see them not take it all. DRX will have to do quite some more fixing if they want to leave a mark on the tournament. Throughout the Summer Split the team struggled to figure out how to draft, and relied on individual playmaking to drag them over the finish line. They’re strong, certainly, but by no means as safe of a bet as Top Esports to advance.

For FlyQuest, this Worlds is a true proving grounds. It is the organization’s debut on the international stage following a surprisingly strong run throughout the LCS Summer Split, which ended with FlyQuest in the second place overall. Looking at the individual match-ups across lanes, FlyQuest have a tough task ahead of them. Still, their teamplay can do them favors if they don’t fall behind too early. Lastly, the Unicorns of Love have finally made it passed the Play-In Stage and to the Group Stage of Worlds. And boy did they do it in style. The champions of the LCL play with hunger and aggression, not shying away from teamfights if they even had a 5% chance of winning it. With ingenious drafts and clean teamplay, Unicorns of Love should absolutely not be underestimated.