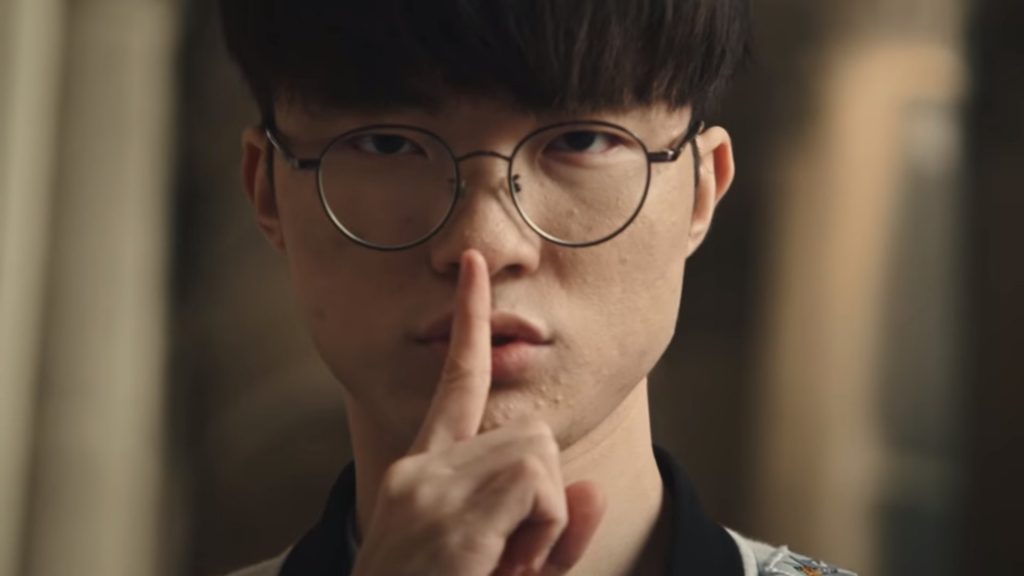 The first day of Worlds 2019 Group Stage is completed, as the teams of Group B, C, and D opened the event. It was also our best look yet at the impressive setup at the Mercedes-Benz Arena in Berlin. The stage was set with faux marble covering the playing arena, with epic freezes and pillars flanking the screens. This motif emphasized the importance of these games, although this was in stark contrast to the occasionally inconsistent quality of the production’s audio.

But set dressings and sound problems aside, the day would kick off with one of the most anticipated matches of the group stage, as Fnatic took on SK Telecom T1 to start the broadcast.

Our first game of the Worlds main stage began with fairly usual bans, apart from SKT targeting Tim “Nemesis” Lipovšek’s Twisted Fate and Fnatic taking away Lee “Faker” Sang-hyeok’s Mid Renekton. Bringing in their unique lane straight from the LEC, Fnatic locked in their Yuumi/Garen combo. The rest of the draft seemed standard, but in a last-minute twist, Faker was swapped to the Tristana for mid, with the Kayle heading bot. And as the game started off, an opening invade from SKT caught Fnatic at their red buff, giving first blood to Faker.

Having given up the early lead, FNC was unable to get things going and couldn’t use their mobility effectively. The result was a one-sided game, apart from a great 1v1 from Nemesis versus the Lee Sin. By the 30-minute mark, Fnatic was clinging to life, and it was only a matter of time before SKT secured the win. Fnatic will have to perform much better if they hope to beat teams of the caliber of SKT in the future.

Royal Never Give Up vs. Clutch Gaming

In a quick-paced draft, RNG picked up the Xayah and Kayle, giving themselves some incredible scaling, and complemented it with a Blitzcrank, a deadly pick considering his increased hook range. Clutch, for their part, took away the Rakan to prevent the synergy and picked strong lane bullies, like Syndra and Lucian. 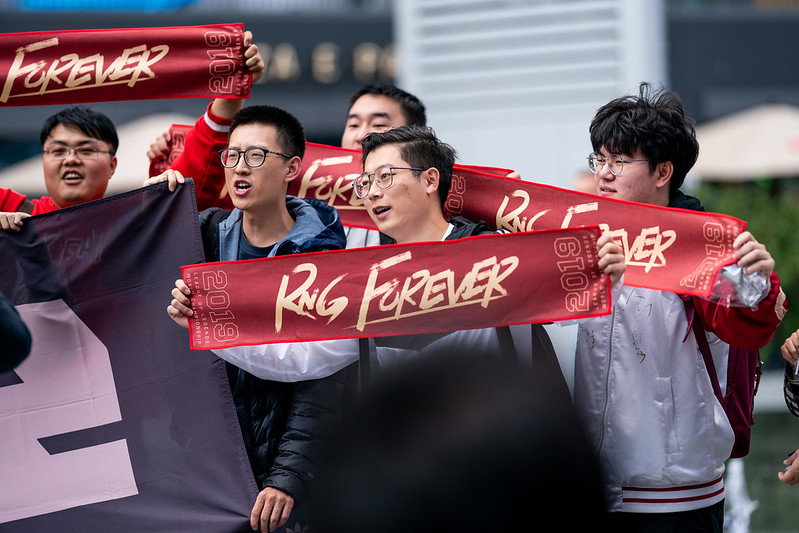 After a ridiculous start to the game in mid, where Li “Xiaohu” Yuan-Hao gifted first blood to his opponents in a dramatic over-chase, Clutch looked strong. However, after these initial signs of life, RNG took control of the game. As the match progressed, RNG took river priority, setting up for an easy dragon. An incredible Lee Sin kick from Hung “Karsa” Hao-Hsuan onto LirA after facilitated an easy take on the objective. It was typical of the way Shi “Ming” Sen-Ming and Karsa dominated the game. And sure enough, after a slightly more competitive showing than last game, RNG picked up the win.

Winner: Royal Never Give Up

Ahq e-Sports Club started their match by revealing they’d be starting an alternate mid-laner, with the Korean Kim “Rainbow” Soo-gi starting in place of Hsieh “Apex” Chia-Wei for the Taiwanese team. Having seen it be victorious in the previous two games, Invictus banned the Kayle, while ahq opted for a Syndra ban on top of the mandatory Pantheon and Qiana takeaways. Meanwhile, the draft of Jayce, Exreal, and Gragas for Invictus gave them a genuinely disgusting level of poke while ahq locked in a trio of high mobility champs in Kai’Sa, Lee Sin and Akali.

The match itself started with regular lanes, in the slowest start to a game so far. Ahq took an early lead, as the power of IG wasn’t set to peak until the mid-game. Meanwhile, ahq was able to rotate for an early Rift Herald, taking advantage of their opponent’s focus on farm. But even with the early lead, at almost 20 minutes precisely, IG’s poke comp came online and was able to begin sieging down towers quickly. A few minutes later, and a half dozen quick picks, Invictus was pushing the Nexus towers for the win.

With Team Liquid taking on the upstart squad of DAMWON Gaming, NA’s top team was set to take on the scrappy youngsters of the LCK. TL left open the Yasou, Vlad, and Gragas, which DAMWON gladly picked up. Overall TL looked so weak in the draft, with a scattered composition that didn’t seem to have much synergy at all.

In game, TL’s tactic was evident: attempt to win individual lanes with comfort picks. But after a quiet start to the game, Liquid found themselves in a scrappy matchup, where DAMWON were willing to fight for every single objective and kill. After taking an initial lead against their opponents, TL was matched in gold and kills by 15 minutes and, despite good trades for objectives, lost a massive fight at the 20-minute mark. But in an incredible show of individual skill, TL’s Jung “Impact” Eon-yeong picked up a solo kill on Jang “Nuguri” Ha-gwon’s Vladimir, and with this advantage, the team secured Baron, and with it, the momentum to grab the win. An impressive display by Liquid to clutch out victory their first game.

In what was expected to be one of the more one-sided matchups of the day, J Team found themselves against the LPL Champions FunPlus Phoenix. With their powerful early game composition, FPX rotated top at five minutes and secured an easy first blood with a three man dive. After this, JT attempted to slow down the pace of the game, giving themselves a chance to out-scale their opponent’s picks. 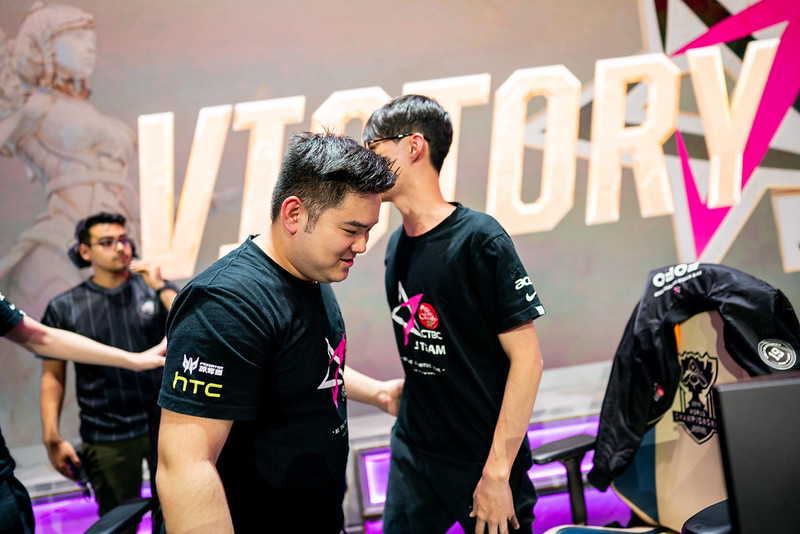 And after dragging things down to glacial speed, J Team were able to score a trio of kills off a dragon fight, and equalize the game. But almost as quickly as the lead materialized, it was thrown away with careless positioning. However, even with their mistakes, JT was suddenly turning this one-sided stomp into a competitive game, with FPX on the back foot. After an incredibly bad Baron call, FPX found their base in shambles, and in the biggest upset of the day, J Team took the win.

In our final game of the day, the Vietnamese GAM Esports took on LEC representatives Splyce. GAM picked up a Syndra, Tristana, Akali, Pyke and Kha’Zix in the draft to give themselves a huge amount of flexibility on their carries. The composition was also incredibly reminiscent of the classic Gigabyte Marine three assassin’s teams of the past. Meanwhile, Splyce had a far more standard draft, and typical of their well-thought-out game plans.

As the match began, GAM traded favorably in their lanes, out-pushing their opponents, roaming into their jungle to steal buffs, and even securing an ocean drake at six minutes. But with the Pyke support roaming, Splyce was easily able to pick up Nguyễn “Zin” Tuấn in a 2v1 gank for the first blood. Transitioning into the mid game, Splyce started to take control, picking up a dragon and series of kills. This momentum continued, and Splyce seemed to make no mistakes. The EU wildcard played almost flawlessly, quickly scaling into state where GAM couldn’t touch them. And after safe, drawn-out game, Splyce were victorious.

In our opening day, there are only a few surprises. Primarily the poor performance of DAMWON, and the incredible upset of FPX by J Team. But maybe the biggest surprise was one we all expected. Faker is back, and he’s playing in World Championship form. With the Korean legend competing at his highest level, the rest of the tournament needs to watch out.