Will Esports be in the Olympics? 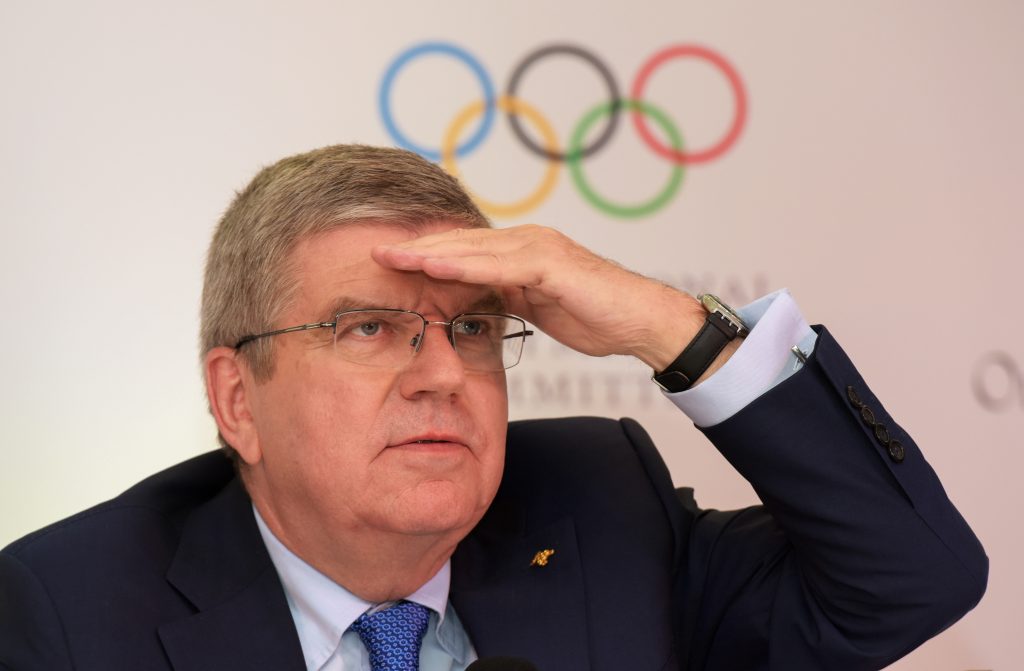 To some, it may seem like a travesty to even think about including competitive video games in the Olympics. It’s true, the Olympics motto Citius, Altius, Fortius, (Higher, Faster, Stronger) is a nod to pure physicality – the idea of pushing the body to its limits. Still, the modern Olympics has shown that diversification of events is important. While many events showcase those basic tenants of athletic ability, the Olympics are also home to events like Curling, Racewalking and Table Tennis.

The goal is not to disparage those events or the athletes that compete in them but to show that the Olympics has added a wide range of events to showcase sports in its many forms. Now the question is, will the International Olympic Committee (IOC) expand its definition of sports to the virtual arena? Simply, will esports be in the Olympics?

I am not a member of the IOC – unfortunately – so I hold no sway in the matter. And I can’t tell you what the discussions are like behind closed doors.  The goal of this piece is to examine the international competitions that have already included esports and quotes from IOC officials. Then lay out some pros and cons for both sides of the debate.

The Violence Problem at the IOC’s Esports Forum

The Olympic Committee is already discussing esports. On July 21st they held an Esports Forum where they brought in many of the top voices on the subject to talk at the Olympic museum in Lusanne, Switzerland. Conversations included “What Defines the Olympic Movement?” and “A Day in the Life of Esports Athletes.”

Rick Fox, the former NBA player and actor, moderated many of the talks; he’s now the owner of Echo Fox and proved to be a great voice to help bridge the gap between traditional and virtual sports.

“I’m the son of an Olympian, I played with Olympians in the NBA for 14 years,” Fox said in the opening remarks. “I was raised with the Olympic values and see many of those values in [esports.]”

The major issue for the IOC comes down to violence in games. That was clear in a conversation Thomas Bach, the president of the IOC, had with Jacob “Jake” Lyon a professional Overwatch player for the Houston Outlaws.

“Does the game itself meet the Olympic values?” Bach questioned. “There we have a great need for a discussion. The Olympics can’t have glorification of violence. This red line can’t be crossed by the Olympic movement.”

What exactly the IOC defines as violent isn’t directly clear. It can be assumed that realism based first-person shooter titles like Call of Duty and CS:GO are too violent. The question is, does their definition of violence stretch to more fantasy based shooters like Overwatch or Fortnite? The next step down in violence would be the MOBA genre but the top-down view of League of Legends, Starcraft II and Dota make the games feel more like strategy than quick reaction shooting.

Those encompass the main genres. As for games that a purely non-violent, there are card games like Hearthstone, which is pure strategy but with no physical component. Sports simulation games like NBA 2K and FIFA could be what the IOC is specifically targeting but only FIFA has a large esports following. Rocket League could be a dark horse because it actually replicates traditional sports and has no real violence in game.

Ultimately Jake brings up a great point in rebuttal. Yes, some of these games depict violence, but ultimately nobody is actually getting hurt. Can you say the same about boxing, an Olympic sport since 1904? How about extreme sports like snowboarding or luge that have caused deaths in the last decade?

Other Olympic sports have roots in historical violence. Fencing replicates duels that used to end in death but are now sporting. (Bach was a champion fencer by the way.)  How about the biathlon where athletes ski and shoot out targets? To ignore the overlap between competition and violence is to ignore the very root of competition itself. Esports cause fewer injuries worldwide than virtually every other sport and studies have shown that violent video games do not lead to violent tendencies.

Esports has already become adopted by some notable traditional sports competitions that share similarities to the Olympics. The first is the Asian Games. 2018 is the first year that esports will be included with the event that is held by the Olympic Council of Asia (OCA). It’s a big step forward for esports on the international stage and the IOC will be watching the success and engagement of esports at the event closely.

It makes sense for this to begin in Asia because the region dominates a wide variety of esports. In addition, esports have achieved mainstream recognition and fame in those countries that are reserved for traditional athletes in North America.

Teams will compete in League of Legends, Hearthstone, Clash Royale, Starcraft II, Pro Evolution Soccer, and Arena of Valor. They are all games incredibly popular in the region and the OCA opted for mobile games like Clash and Valor instead of traditionally popular titles like CS:GO and Dota.

The other event worth highlighting is the X Games. The premiere worldwide extreme sports competition has included esports in its programming for the last couple of years. They started with Call of Duty and CS:GO but have expanded to League of Legends and Rocket League recently.

An interesting parallel to draw with the X Games is how it influenced extreme sports in the Olympics. With the goal of attracting younger viewers, the Olympics have adopted X Game favorites like Slopestyle and Big Air. While snowboarding has been in the Games since 1998, flashy competitions based on tricks have only been implemented in the last decade.

So how does that connect to esports?

Those flashy competitions are overwhelmingly popular among a younger demographic; one that the Olympics have been struggling with. Esports absolutely dominates that demographic. That is the primary reason why the IOC is even having discussions around putting esports in the Olympics.

So that brings us to the debate itself. There are arguments on both sides for why esports should or shouldn’t be in the Olympics. I’ll try to break down the main ones.

Why Esports Should be in the Olympics

Adding esports could be mutually beneficial. The Olympics would gain access to that hard-to-reach demographic that esports is so successful in. Esports would gain a stamp of mainstream approval. The Olympics would be a permanent answer to the question: “are esports sports?” While inclusion in the games wouldn’t fully settle the debate, it would be a massive feather in the cap for the esports side.

Another added benefit for esports would be casual fans gaining an immediate rooting interest. At the moment, esports fandom is not quite as feverous towards individual teams as traditional sports. Fans of games often follow many organizations or just individual players.

Part of that is because esports is still in relative infancy in comparison to traditional sports. Another part is the lack of geo-localized franchises (besides Overwatch). Traditional sports fans are often born into their fandom, while esports fans make a choice. The former is rock-solid while the latter allows for fluidity.

If the Olympics took hold, fans would have an immediate and clear rooting interest. The sense of nationalism and pride is always strong for the duration of the event and that would carry to esports. It also gives the casual fan an avenue to begin an esports fandom. The star of a gold medal team would see a lot more fans of their organization next tournament/season.

Why the Partnership May Not be in the Cards, and That’s Okay

Until chess is recognized as an Olympic sport, every other competition in The Games requires peak psychical prowess.

Athletic ability is a common thread that all sports share, and even though esports require hand-eye coordination, there is still a distinct difference between physical and virtual sports. As tech continues to advance, eventually the Olympics will have to draw a line somewhere. Esports may be that point.

So here’s my humble solution: The Virtual Olympics. It could be an event like IEM or Dreamhack except with players competing for country instead of club. That event wouldn’t have to worry about concerns with violence or upholding Olympic values. It has room from growth allowing the inclusion of fringe sports like drone racing, virtual reality competitions or whatever tech comes up with next.

It would be incredibly popular with the community; bringing together all the top esports under one banner would be a fantastic spectacle. The Olympics bring a unifying event for physical competitions, now it is time for a virtual event of the same order.

It would be held in tech centers capable of handling the event. Many Olympic cities don’t have the best capabilities and that could also impact competition.

As the debates around esports in the Olympics continue, remember that the Olympics need the esports demographic more than esports needs validation from the IOC. Esports will continue its meteoric growth and mainstream approval will come with time, even if esports don’t fit with Citius, Altius, Fortius.

Dota 2 League of Legends Other
Share
Mitch Reames
Mitch comes from a background in sports broadcasting at the University of Oregon, while there he competed for the U of O Hearthstone team and saw the potential for content at the crossover of sports and esports. In addition to Hotspawn, Mitch writes for SportTechie and the National Football Post. Follow him on Twitter @Mitch_Reames.
Follow me