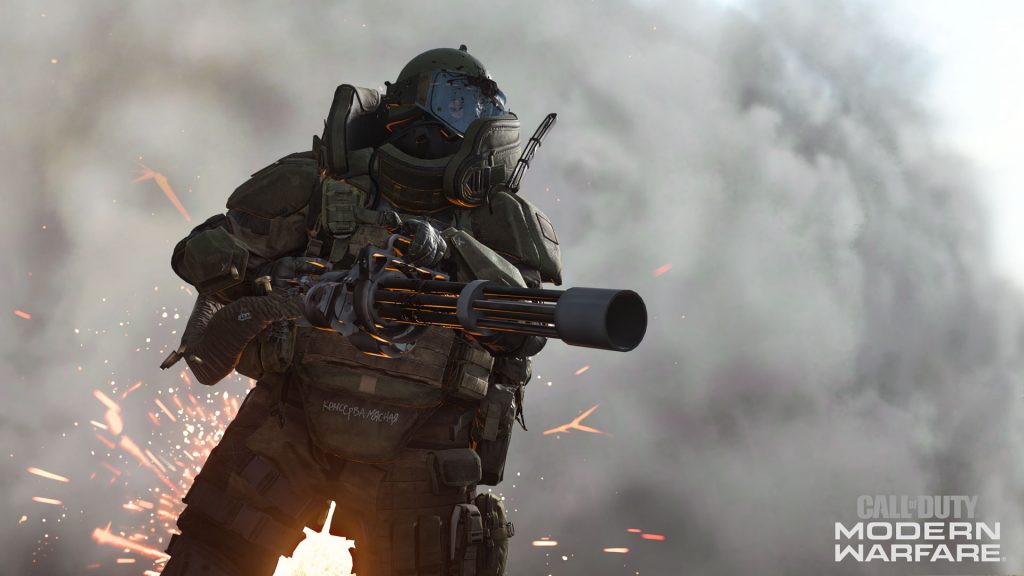 The full release of Call of Duty: Modern Warfare is just around the corner, on October 25. It promises a return to classic boots-on-the-ground gameplay.

Recent installments of Call of Duty used a much faster-paced gameplay style involving various iterations of jetpacks and boosting mechanics, which has had a considerable impact on the competitive meta of the game.

Although the return to classic Call of Duty gameplay is a welcomed opportunity for the casual fan base, this reintroduction has some members of the competitive scene on edge.

During the Call of Duty: Modern Warfare open beta, several criticisms and concerns came to light regarding changes in gameplay that could negatively impact the competitive flow in professional matches.

One of the biggest complaints involved the removal of the mini-map which has been a staple of call of duty since Call of Duty 4: Modern Warfare. Several content creators and members of the professional league took to Twitter to express their concerns.

Jericho, an ex-Call of Duty professional turned full-time streamer stated: “…the problem is that I can’t get any info from my silent teammates about where they just got shot, I’m using echolocation to guess”.

Pamaj, a member of the Call of Duty Trick Shot Community and member of FaZe Clan also expressed concerns about the updates to the mini-map rendering certain weapon attachments such as the “silencer” useless.

In response to these complaints, Infinity Ward re-introduced the mini-map to the beta, although it is not the traditional style and still does not show enemy locations when firing.

There are still mixed opinions on this new change, but the constant communication from developers has not gone unnoticed and has been appreciated by pro players such as Trei “Zer0” Morris, a Call of Duty professional for Call of Duty NYC.

Another cause for concern is the map design featured in Modern Warfare, and specifically the step away from the traditional three-lane layout.

In a three-lane map design, there are three routes to navigate from each team’s spawn and most conflict is experienced in the middle of a map around an objective. This concept is absent in Modern Warfare, which leads to a more sporadic tempo of play that prevents some prediction of where enemies will be. This is not traditionally ideal for competitive play but is the reality that professional players will soon face.

Drif0r, another popular content creator, was able to get hands-on experience with the game during a global reveal event back in August, and expressed his thoughts on the map design:

“Honest to god, I get the impression that this game was not designed with competitive in mind. This game is very much so designed for the casual player… Is it for head glitching, very fair and perfectly symmetrical maps and power positions, competitive shooting? Absolutely not.”

Drift0r goes on to say in his 41-minute video that most Call of Duty games are designed with the casual gamer in mind, so this setback is not a reason for full-scale panic.

The new map design and slower gameplay has also lead to the ability to rush being more difficult, but with slight changes to loadouts and gameplay style, players have begun to adjust.

General problems involving hit registration and visual glitches were also experienced during beta gameplay, but minor issues like these are exactly what the beta is designed to expose to ensure a fix is completed before the full launch.

The changes in gameplay and the changes in the Call of Duty professional league structure will ensure an interesting year of competitive play, and it will be interesting to see the best players in the world adapt and overcome these new factors.