Wiggily: It Feels Good to Prove the Negativity Wrong 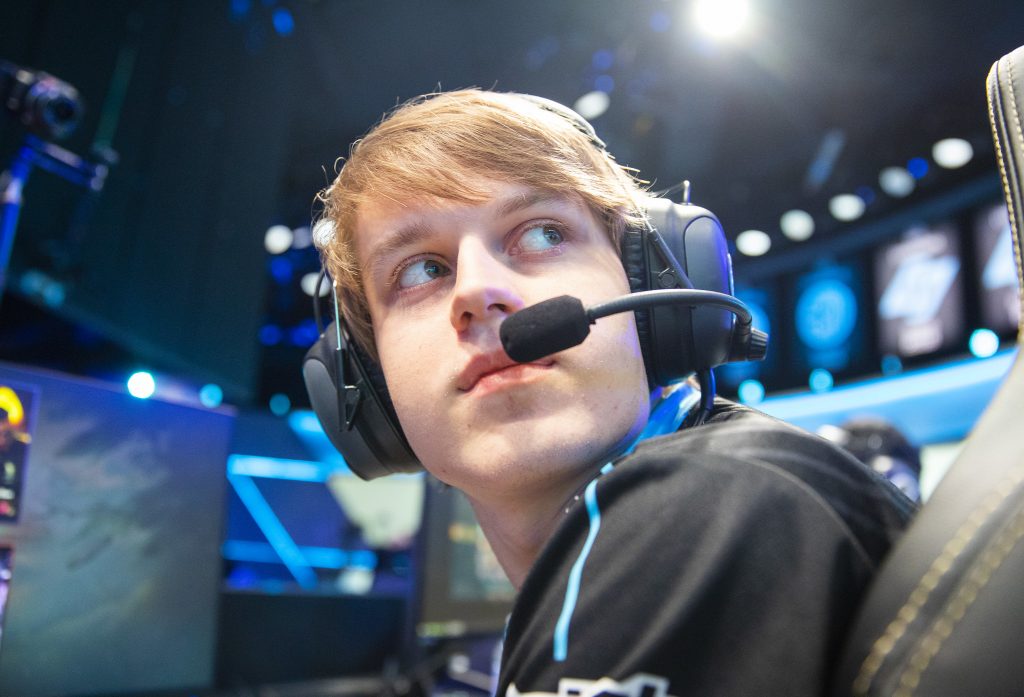 Counter Logic Gaming has returned to the playoffs after three seasons outside the top six. (Photo by Colin Young-Wolff/Riot Games)

The LCS playoff picture is complete for Summer. While Counter Logic Gaming lost control of their first-week bye in the tiebreaker rounds, overall it’s been a fairly decent split for the org that last participated in a postseason in 2017.

CLG looks a little different than they did when they finished 7-11 three consecutive splits in a row. Top laner Kim “Ruin” Hyeong-min has been dynamic since joining mid-year, and Trevor “Stixxay” Hayes and Vincent “Biofrost” Wang have finally found a level of consistency.

While the whole team has lifted their on-Rift performances to earn the team’s 12-6 finish in third place, one player has risen above them all – Raymond “Wiggily” Griffin.

The 21-year-old is no stranger to the NA scene as a whole. After making his name on Tempo Storm in the Challenger scene, Wiggily made the move to Cloud9.

His time with the organization was mixed, to say the least. After two months behind the scenes, Wiggily was dropped into a C9 Academy roster that finished second in the inaugural development league. They were soon bundled out of playoffs in a 3-0 thrashing by FlyQuest.

With C9’s jungle stock already swelling with both rising star Robert “Blaber” Huang and three-time LCS champion Dennis “Svenskeren” Johnsen in the team, Wiggily found himself on the outer and soon made the swap to CLG in May of 2018.

If being stuck behind Svenskeren in the pecking order wasn’t to Wiggily’s liking, big-money signing Kim “Reignover” Yeu-jin holding control of the team’s LCS jungle spot probably wasn’t the most ideal situation either.

Wiggily first joined the LCS system in the blue and white of Cloud9. Image via Riot Games.

As fate would have it, Reignover was part of the CLG roster that finished Summer 2018 on an eight-game losing streak. Alongside mid laner Choi “huhi” Jae-hyun, the Korean import was released. Wiggily was promoted to the starting roster.

“It feels good to win. It feels really good because CLG have a lot of negative “Haha, CLG,” memes around them, it feels good that we’ve proved a lot of those wrong,” Wiggily said after the team delivered Team SoloMid their first loss in the org rivalry in 1,176 days.

“We’re really confident on our play right now, whatever team we play we’re focusing more on ourselves than what other people are doing and we’ve kept on that so I’m really proud.”

For Wiggily, who collected a league-high five player of the games throughout Summer, it’s difficult to pinpoint a “moment” where CLG turned from a mid-table also-ran team to one that was one tiebreaker match away from second place.

The roster swaps have certainly helped, but more than that CLG’s jungler just has the opinion his team lifted as a whole this year. “Everyone individually is top four at least in their position right now, and that means one vs one we’re all really confident.”

“Things started clicking for us early in the season, it’s hard to say exactly what the changing point was but everything is working well as a team and we understand the game at a level that I don’t think we have before,” said Wiggily.

“When all that comes together, and the team is really confident, you can just focus on yourself more. I think that’s been the name of the game for us this year.”

That team-based gameplay seems to have boosted Wiggily to a new level, though he’s less than keen to talk about his place in the race for MVP: “I don’t try to compare myself to other players too much. How well you do depends on your team, and we’ve meshed well.”

Wiggily has gone from strength to strength since joining CLG’s LCS roster. Image via Riot Games.(Photo by Tina Jo/Riot Games)

There is one personal victory the CLG star has been enjoying reliving in recent weeks, however – his team’s 9-7 win in Week 7. The chance to get one over his former mentor Svenskeren was too good to ignore.

“It always feels good beating them, there’s a lot of bragging rights there. I feel like I always lose against Svenskeren for whatever reason.”

After losing to Svenskeren in the tiebreaker last weekend, Wiggily will come face to face with another C9 alumnus in William “Meteos” Hartman with OpTic Gaming.

CLG’s best-of-five series against the sixth-placed team will be played on Sunday evening. The winner of the elimination match will face either Team Liquid or Cloud9 in the semi-finals.