Who to Watch in LEC Free Agency 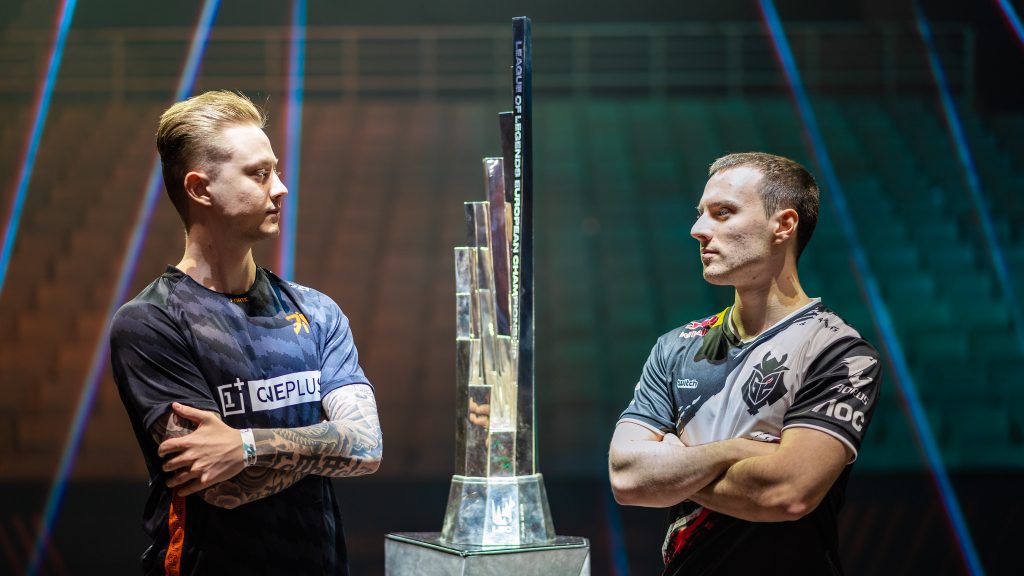 The League of Legends esports season has been over for two weeks now, with all regions’ major competitions holding a break until January 2021. However, with the offseason in full swing, another competition is set to start: the hunt for roster changes. On Tuesday, November 17th, at 1:00 a.m. CET, all the players whose contracts lasted until ‘the end’ of 2020 will expire and they’ll officially become free agents. It will kick off weeks of teams announcing changes—some more surprising than others, especially in the LEC.

Mind you, while players may have a contract until the end of 2021 (or even longer), they can still be bought out by teams. It’s all about negotiating the right price. Today we take a look at the teams and players in the LEC to keep an eye on during the Free Agency period using Riot’s official Global Contract Database (GCD). From minute tweaks to complete overhauls, it’s bound to be a banger.

The LEC has long been called a ‘two-team league’, and at this year’s World Championship this was affirmed once more. Only G2 and Fnatic put up a noteworthy performance in Shanghai. Any roster move made by either of these teams is incredibly impactful for the LEC. Thankfully for those hoping for some roster spice, it looks like both G2 and Fnatic will undergo significant changes.

As was first officially reported by Jacob Wolf, G2 icon Luka “Perkz” Perković is looking to leave the team that has been his home for years and make a leap across the Atlantic Ocean to join Cloud9 in the LCS. The rumored change comes as a shock to many LoL esports fans, but Perkz’s desire to return to the mid lane after playing three Splits as bot laner is strong. It leaves a big hole to fill for G2. High profile candidates include free agent Juš “Crownshot” Marušič from SK Gaming, but it’s not unlike G2 to buy out a player’s contract. In the LEC, bot laners such as Elias “Upset” Lipp, Patrik “Patrik” Jírů, and Matyáš “Carzzy” Orság have proven their worth this year, although are still under contract with their current team. A swap to the prestigious G2, however, would most certainly be a step up for them. The biggest “what if”, however, goes back to Fnatic. Martin “Rekkles” Larsson, whose name has become synonymous with the Fnatic brand, becomes a free agent on too. If G2 and Rekkles both are interested, they could enter the history books as the largest LEC signing since, well, G2 grabbed star mid laner Caps from Fnatic.

Over in the Fnatic camp, it looks like the team was largely satisfied with their showing in 2020. Gabriël “Bwipo” Rau and Zdravets “Hylissang” Iliev Galabov will become free agents, but they appear to be staying right where they are. Though interest was undoubtedly shown in them, the only rumored change the team is looking to make is in the mid lane, replacing Tim “Nemesis” Lipovšek. Though Fnatic fans have repeatedly asked the team to promote current substitute Felix “MagiFelix” Boström to be the main mid laner, it appears Fnatic will be going into another direction. Yasin “Nisqy” Dinçer who played on Cloud9 in 2019 and 2020, is set to play in the LEC for Fnatic according to Paul Arrivé from L’Équipe. Nisqy played in Europe for Splyce in 2018, when he travelled to the United States to play in the LCS. His return to the LEC would mark a fairly unique cross-Atlantic transfer pathing and a reunion with the team he played on the Academy squad for until May 2017.

Shuffles in the subtop 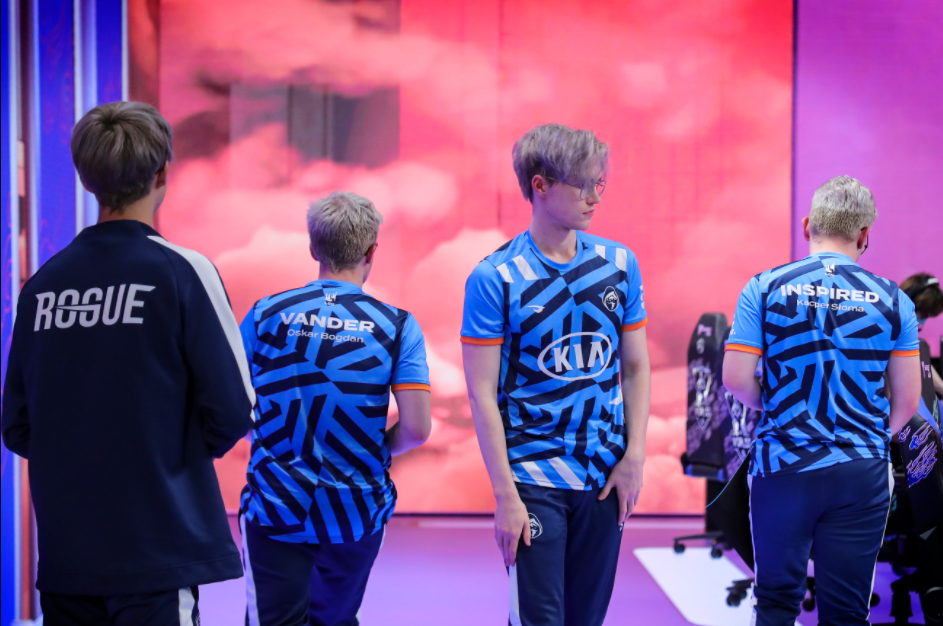 The LEC saw some teams edging closer towards the traditional top two, though, and with the right replacements these teams could make G2 and Fnatic sweat even more next season. Rogue, who finished third this year, appears to be set in the changes they are making. Oskar “Vander” Bogdan, who had an outstanding performance as Rogue’s support player this year, is surprisingly said to be removed from the main roster. Instead, AGO Rogue (Rogue’s Ultraliga team) support player Adrian “Trymbi” Trybus will reportedly be promoted to the LEC roster. It’s a bet Rogue has made before, with all current team members having played on the Academy team before. That said, Rogue seems to be breaking with this tradition in the top lane. Finn “Finn” Wiestål is set to join CLG in the LCS, and in his place, veteran top laner Andrei “Odoamne” Pascu, a free agent coming Monday, will come over from Schalke 04 as several roster swap reporters have said.

MAD Lions, fourth-best in the LEC, also appear to have their changes set. Shortly after the team was eliminated from the World Championship Play-Ins, ESPN reported that both top laner Andrei “Orome” Popa and jungler Zhiqiang “Shad0w” Zhao would be replaced. İrfan “Armut” Berk Tükek will reportedly join from the TCL team Papara SuperMassive to fill the top lane position, while SuperLiga Orange player Javier “Elyoya” Prades will roam the jungle in a MAD Lions jersey in 2021.

No, the biggest question marks in the subtop of the LEC surround Schalke 04, who barely missed out on making it to Worlds. After making a miracle run in the Summer Split, Schalke 04 was quick to extend the contracts of mid laner Felix “Abbedagge” Braun and jungler Erberk “Gilius” Demir. This is the core the Royal Blues are going to build around. So who can be hired as the new top laner? And will the bot lane remain the same? Well, interestingly, all players besides Abbedagge, Gilius, and Academy jungler Lukas “Lurox” Thoma will become free agents. From Schalke’s side, the field is open. In the LEC, possible top laners include free agents Danny “Dan Dan” Le Comte, formerly on Misfits, Lucas “Cabochard” Simon-Meslet, formerly on Vitality, and Barney “Alphari” Morris, though the latter one reportedly already has a destination. Alternatively, Schalke 04 could buy out MAD Lions’ Orome, perhaps promote their own Academy top laner Christian “Sleeping” Tiensuu, or could look across the borders of the region. Schalke 04’s bot lane held their own decently but was by no means outstanding, so changes are expected there too.

This leaves the bottom five teams of the LEC Summer Split: SK Gaming, Excel Esports, Misfits Gaming, Team Vitality, and Astralis (formerly Origen). With underwhelming results, all of these teams will likely—and probably should—make more rigorous changes. SK Gaming top laner Janik “Jenax” Bartels grew substantially in the role after swapping to it halfway through the year, and has extended his contract with the team. According to Esportmaníacos reporter Pablo “Bloop” Suárez, the team is making changes in at least three roles: the jungle, mid lane, and bot lane. For these positions, SK Gaming is said to pick up jungler Kristian “TynX” Østergaard from LFL team LDLC OL,  mid laner Ersin “Blue” Gören from 1907 Fenerbahçe Espor, and bot laner Jean “Jezu” Massol from Misfits Academy. The future of both Jenax and support player Dino “LIMIT” Tot hasn’t been confirmed, but he was allowed by his team to look for opportunities elsewhere before he officially becomes a free agent coming Monday.

Excel Esports is making fewer changes, sticking to their current bot lane duo and top laner according to Esportmaníacos. However, their jungle and mid lane will see new faces. Daniel “Dan” Hockley is reportedly joining Excel from Fnatic Rising, while the mid lane position will be filled by Paweł “Czekolad” Szczepanik, who has been acquired from AGO Rogue. Few rumours or leaked player acquisitions have surrounded Misfits Gaming so far. Supposedly, the team’s aim was to build a roster around jungler Iván “Razork” Martín Díaz and bot laner Kasper “Kobbe” Kobberup. Vander, Rogue’s former support player, is the first puzzle piece who appears to be added to the Misfits puzzle. But the mid lane position and the top lane position are still empty. Unless Misfits buys out a contract from another LEC team, their options are limited to smaller regions and ERL (European Regional League) teams. It’s definitely worth keeping an eye on, however, with the lineup they’ve assembled so far.

Finally, there are Vitality and Astralis, two teams who are bound to do some proverbial cleaning up after finishing ninth and tenth respectively. On Vitality’s side, jungler Duncan “Skeanz” Marquet’s contract was extended until 2022, and the top lane position will be filled by Mathias “Szygenda” Jensen, who’s coming over from AGO Rogue. Initially, Vitality was one of the final teams in the running to acquire Perkz from G2, aiming to build a super team. However, little is known about the other players Vitality was interested in. With three slots to fill and a famously big purse, Vitality can go into many directions. Then there is Astralis, who could do with a hard rebuild. Roster-wise, the team should have done much better than it did, and it seems like they’re heading towards a big do-over. With Alphari and jungler Andrei “Xerxe” Dragomir joining the LCS and the team’s entire bot lane becoming free agents, only mid laner Erlend “Nukeduck” Våtevik Holm remains. But Astralis too has been shopping. Three new players are joining according to Esportmaníacos: jungler Nikolay “Zanzarah” Akatov, bot laner Jesper “Jeskla” Klarin Strömberg, and former G2 substitute support Hampus Mikael “promisq” Abrahamsson. Only the top lane appears to be a big question mark for the newly rebranded team.

Where will the free agents land? 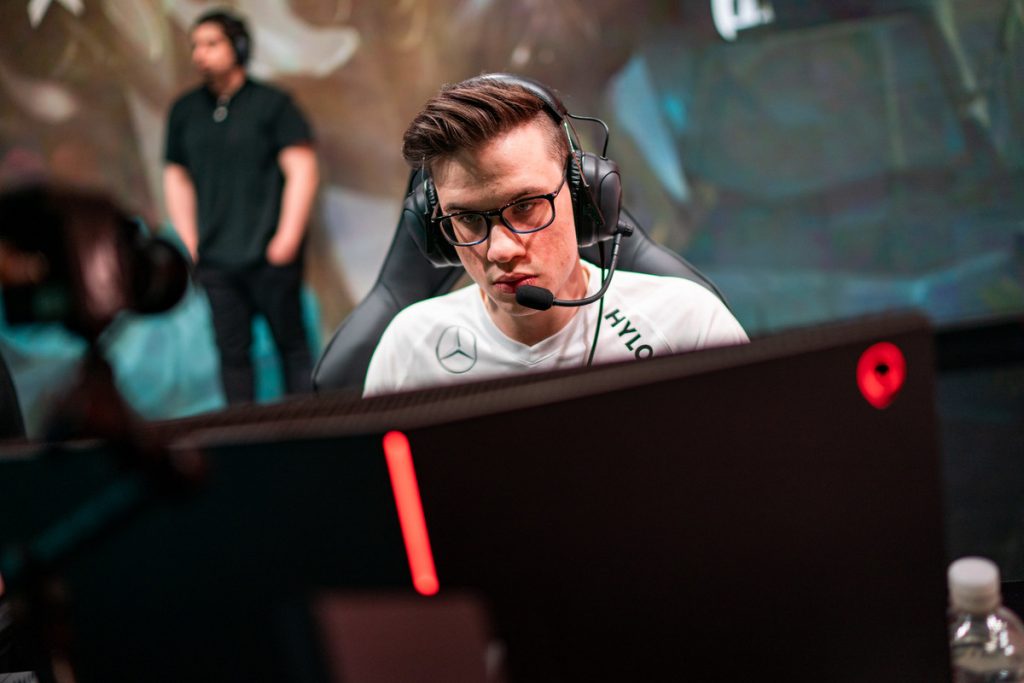 All in all, considering how reliable this year’s offseason reporting has been by the journalists mentioned, it seems like many teams just have to cross some t’s and dot some i’s to complete the bulk of their (hopefully) improved lineups for the LEC in 2021. In addition to the open slots teams still have to fill, however, there are a bunch of players whose future is a giant question mark. Players such as seasoned mid laner Fabian “Febiven” Diepstraten and Ezreal extraordinaire Crownshot have not been reported as having found a new home yet. The same goes for a few LEC players whose contracts haven’t ended yet, but who are clearly being replaced. Think of MAD Lions’ Shad0w or Fnatic’s Nemesis, for example.

This year’s offseason is once again going to be a big shuffle, and it appears there are still a few surprises left in store for LEC fans. From imports to promotions, not a single team is keeping the same lineup for next year. The next season of the LEC is still months away, but the anticipation for the action starts coming Monday, when teams can begin to officially announce their new rosters.