Who Are The Richest Esports Players? 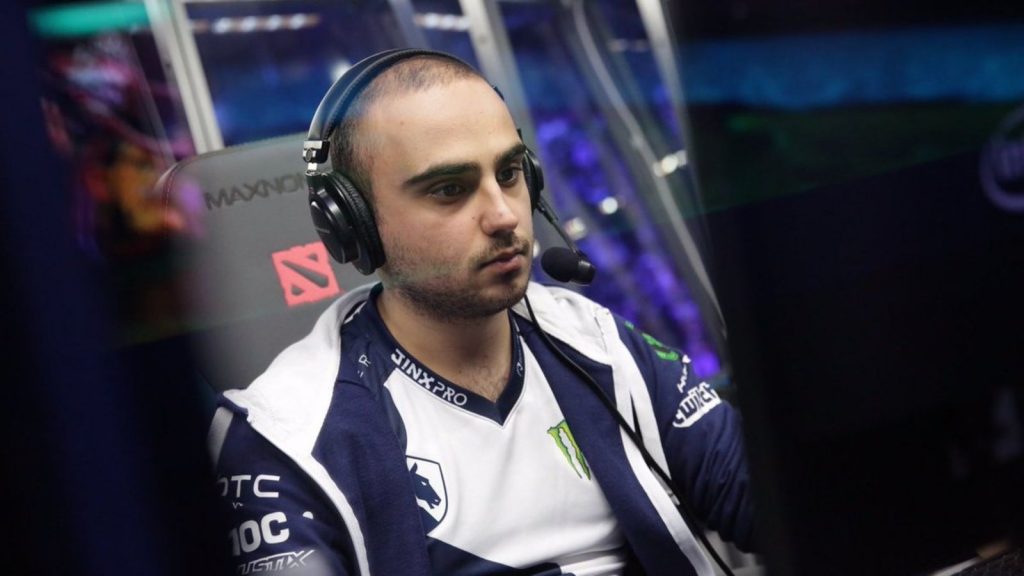 Dota 2 player Kuro "KuroKy" Salehi Takhasomi is the highest-earning esports player, with over $4 million of prize money raked in.

The public at large still struggles with the idea of people making big money by playing video games, but esports fans know that being among the best in a game like League of Legends or Counter-Strike can make you wealthy.

Still, there is a lot of misinformation out there about how much esports players actually do make. Though you can make beaucoup bucks in some cases, most games aren’t overflowing with teenage millionaires and even some of the biggest, most popular titles have struggled to give anyone a seven-figure bank account.

So how much does the talent in esports actually make? And who are the richest esports players in each game? Read on and find out.

Note: Most tallies taken from esportsearnings.com.

Why Do Dota 2 Players Make So Much Money?

If you asked a random person on the street which game had the richest pro players, most would probably pick a game that has made a splash at the mainstream level like Overwatch or Fortnite. Initiated gamers, by and large, would probably pick genre icons like Counter-Strike or League of Legends.

In reality, however, almost all the richest esports players have come from Dota 2.

The popular MOBA has seen more than 60 players rake in seven-figure sums to this point, a total only a handful of players in other titles can come close to.

There is one sole reason for this; The International.

Each year, Dota 2’s publisher hosts a massive tournament named The International (TI). Though the base prize pool for the event is a large (but not unusually so) $1.6 million, the Dota 2 client has a built-in crowdfunding mechanism called the Battle Pass. Casual players receive in-game items and can enjoy limited time game modes by purchasing the Battle Pass, with 30-percent of the revenue generated getting pumped into the event.

Because of how popular the Battle Pass is, the TI prize pool balloons by tens of millions of dollars. The most recent installment, TI8, ultimately checked in at a whopping $25,532,177, with a top prize of $11,234,158. That sum was high enough to turn each member of the winning team (OG) into multi-millionaires.

All the top earners in Dota 2 have either won a recent installment of The International or have consistently qualified for the event over the years.

Who is the Richest Dota 2 Player?

So who is the richest of the rich? As of this writing, Kuro “KuroKy” Salehi Takhasomi is the highest-earning esports player, with over $4 million of prize money raked in. The longtime captain of Team Liquid has been a top-level player since 2016, taking first place in a slew of tournaments.

But while he has helmed a top-tier team for three years now, as alluded to, the majority of money earned in his career came from just two tournaments.

The bulk of that came from his cut of Team Liquid’s first-place prize for winning The International 2017, which totaled $10,862,683 (his slice of that would have come to approximately $2.2 million). Add to that his fourth-place finish at The International 2018 (which was good for over $350,000) and nearly 60-percent of KuroKy’s career earnings came from just those two tournaments.

Behind Kuroky is Johan “N0tail” Sundstein. Much like his Liquid rival, the face of OG has had a lengthy, incredibly successful career that includes a whopping four Major victories. Still, all of his trophies and medals and awards don’t come close to matching the check he cashed for The International 2018, with his winnings there making up 60-percent of his career earnings.

In fact, even with no prior record, winning big at The International can vault a player near the top of the standings, as shown by OG mid player Topias “Topson” Taavitsainen. The Finn joined OG’s TI8-winning team as an emergency fill-in with no prior experience on successful Dota 2 teams. Still, he sits inside the top-20 of all time with just one LAN win to his name.

That isn’t to say that winning TI is the one and only key to financial success in Dota 2. Yeik “MidOne” Nai Zheng, Vladimir “RodjER” Nikogosyan and Adrian “Fata” Trinks have all cleared over $1 million without coming particularly close to winning the Aegis of Champions.

Still, the sole reason that the cash tallies of Dota 2 players soar so high above the rest of the esports world is the eye-popping prize pools of The International.

Who is the Richest League of Legends Player?

Looking outside the Dota 2 realm, League of Legends star Lee “Faker” Sang-hyeok is the richest player in esports. Through the end of the 2018 Season World Championship, the longtime SKT Telecom T1 mid player has taken in nearly $1.2 million.

Seeing that Faker tops the standings in League of Legends is no surprise to fans of the game.

Through his five years playing at the professional level, the Korean has cemented himself as a Tom Brady-like figure, transforming his team into a premier brand by delivering title after title. To date, he has won the League World Championship three times (2013, 2015, 2016), and has taken the top prize in plenty of other events.

Behind Faker in top League of Legends earners are past and present teammates like Bae “Bang” Jun-sik, Lee “Wolf” Jae-wan and Bae “Bengi” Seong-woong. Each of them sits around the $800,000 or $900,000 mark.

The highest-earning player whose career wasn’t rigidly attached to Faker is Lee “Duke” Ho-seong. Though Duke played with SKT Telecom T1 in 2016, the highlights of his career have come with Invictus Gaming, a run which includes winning the 2018 Season World Championship. That win pushed his career mark to nearly $650,000.

Worth noting when it comes to League of Legends, however, is that it likely boasts the largest salaries paid in esports. In 2016, there were reports that Faker’s contract with SKT was worth around $2.5 million. If true, that would put his bank account right up there with top Dota 2 players.

Unfortunately, estimated salaries for League of Legends players are not regularly reported, nor are they confirmed by the talents or the teams. Because of that, the actual career totals for League players are somewhat mysterious.

Who is the Richest Counter-Strike Player?

Counter-Strike: Global Offensive is likely the most brutal game in esports when it comes to making money. Yes, many players have raked in high six-figure sums in their careers but while Dota 2 can produce a millionaire overnight, success in CS:GO comes only with 24/7/365 commitment due to the game’s incredibly hectic tournament schedule.

There are three notable CS:GO leagues, multiple Major tournaments each year and a number of other detached “Premiere” events. That forces pro players to compete almost year-round…but it also gives them plenty of chances to make money.

The highest-earning players in CS:GO are Astralis founders Andreas “Xyp9x” Højsleth, Peter “dupreeh” Rasmussen and Nicolai “dev1ce” Reedtz. The trio were the first players to total $1 million, clearing that long-standing hurdle at the ECS Season 6 finals in November 2018.

Officially, Xyp9x is the richest player in Counter-Strike history, though Dupreeh is just $3,000 behind him. Dev1ce trails the other two, but not by much.

Though they still have a little bit of work to do, Gabriel “FalleN” Toledo, Fernando “fer” Alvarenga, Marcelo “coldzera” David and Epitacio “TACO” de Melo will also clear that $1 million mark before long. Those four players comprised one of the most successful teams seen in CS:GO, sticking together from 2016 to 2018 across Luminosity Gaming and SK Gaming. They have all won around $850,000 to this point with Fallen, Fer and Coldzera sticking together to this day with MiBR, while TACO is competing with Team Liquid these days.

Past those dynasty-like squads are a hodgepodge of players from various organizations. Virtus Pro’s Filip “NEO” Kubski, FaZe Clan’s Olof “olofmeister” Gustafsson, longtime Fnatic star Robin “flusha” Ronnquist and a few others all sit between $700,000 and $850,000 as of this writing.

Who are the Richest Fighting Game Players?

Playing games in arcades was the first form of competitive gaming. In the 1970s, this meant trying to top the High Scores screen on the Space Invaders cabinet in your local pizza joint. When the 1990s rolled around, though, the competition became more direct with games like Street Fighter II and Mortal Kombat making players face off directly.

Today, fighting games are a big part of the esports calendar…even if members of the FGC don’t like that!

Dissecting the richest fighting game players is kind of hard given how much crossover there is between different titles, so it’s best to bullet this out, series by series:

The richest person in the FGC overall is Dominique “SonicFox” Mclean. The Echo Fox player has found success over a number of different titles including Injustice, Mortal Kombat X and Dragon Ball Fighter Z. He has made over $500,000 to this point with more than half of that coming from MKX.

Street Fighter is the most storied franchise in fighting games and fittingly, the player with the biggest bank account therein is the enduring Hajime “Tokido” Taniguchi. Tokido is arguably the single greatest fighting game player of all time, with a championship pedigree in Street Fighter II, Capcom vs. SNK 2 and Street Fighter V. He has raked in over $450,000 throughout his career.

The top two earners in Smash Bros. make up possibly the greatest competitive rivalry in the series’ history; Adam “Armada” Lindgren and Juan “HBox” Debiedma. The two have crossed paths many times over the years–most famously facing off in the dramatic Melee finals at Evo 2016–and have amassed similar bank accounts, taking in $300,000 over the years. Outside Melee, Smash 4 player Gonzalo “ZeRo” Barrios is at the top of the heap with $180,000.

The Best of the Rest!

There are a whole lot of other games that are played for fairly large amounts of money and some that have popped in and out and made a handful of gamers relatively rich. Here are the richest in various other notable esports titles:

The Richest Call of Duty Player

Damon “Karma” Barlow sits far ahead of the pack in Call of Duty, courtesy of his three world championships. To date, he has taken over $700,000, a mark which his longtime teammate Ian “Crimsix” Porter will likely soon match.

Its visibility may have faded over the years, but top-notch Halo players can still make good money! Tony “Lethul” Campbell has tallied over $600,000 playing the iconic Xbox series, with nearly all of it coming from Halo 5.

Like League of Legends, pro players in Overwatch take in salaries which make it difficult to peg an exact number for a player’s career earnings. The minimum annual salary for a player in Overwatch League is $50,000 and players have reportedly been paid up to $150,000, though exact numbers for specific players are currently unknown. Regardless, the top Overwatch earners to this point are likely the various members of the championship-winning London Spitfire team, who took in over $200,000.

The pro Fortnite scene is moving incredibly quickly right now but, at this exact moment, Turner “Tfue” Tenney is the winningest player with over $400,000 to this point. That said, there’s no telling how much Tyler “Ninja” Blevins has banked through his super-popular Twitch stream so it’s very possible he’s the richest Fortnite player, despite only taking in $55,000 from pro games.